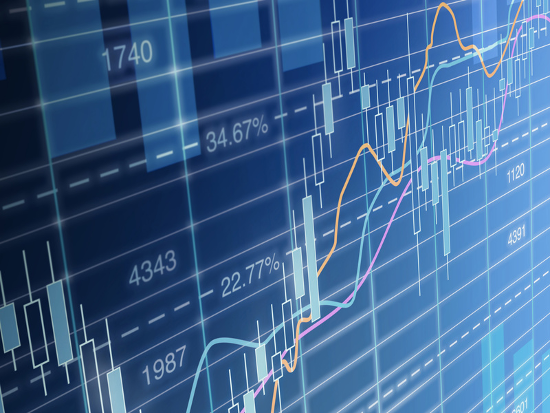 On December 31, the Hamburg based German investment bank Berenberg issued a recommendation regarding the Varoufakis Effect and the importance it will have in 2016. The Varoufakis Effect refers to a country’s political risk, often times brought about by government officials and owes its name to Greece’s ex-finance minister, Yanis Varoufakis. Berenberg Bank explains how confidence levels in Greece declined during Varoufakis’s time as finance minister and suddenly picked back up upon his resignation. It is important to make mention of the fact that, in response to this theory, Yanis Varoufakis himself explained that this correlation doesn’t necessarily signify causation. Such a case can be exemplified in Argentina with Mauricio Macri and his taskforce. On a number of occasions, Macri announced that he plans to rebuild investor confidence in Argentina in order to attract more outsider funds. This was made evident with his attendance at the DAVOS World Economic Forum and his recent announcement that an agreement was reached to pay off defaulted bonds from 2001 to two of the largest creditors who had voted against restructuring measures. Conversely, Russia announced on February 4th that it is looking to start issuing bonds after economic sanctions were imposed as a result of geopolitical problems in 2014. The Varoufakis effect may manifest itself in this situation as either a rise or a fall in political risk.

This topic proves interesting as we review the pasts of Argentina and Greece regarding how each country has dealt with its respective debts due to such bonds. Both countries have approached the issue in a distinct manner and, as a result, have encountered different outcomes and repercussions. Speculations can be made about Macri’s decision to regain investor confidence as being a measure for preparing financial markets for a new issuance of Argentine bonds in order to improve the economic situation of the country and its relationship with its creditors.  Assuming this happens, this news would generate a number of externalities for investors, and due to the volatility and uncertainty of the current global financial situation, fixed income instruments seem more attractive and are therefore considered a safe haven for some.

In mid-February, uncertainty still persists generated by how the 2016 financial market started out. A feeling of uncertainty continues over the stability of China’s economy, the introduction of negative interest rates in Japan, oil commodity prices and its effects, and political matters in emerging markets such as Brazil. This perception causes the average investor to doubt his/her portfolio resulting in the selling of stocks and a change to a fixed income market thereby reducing the risk of speculation-linked volatility. This trend tends to manifest itself in three ways: the transfer of a portion of one’s portfolio to one of fixed income, the selling of non-fixed income capital in a portfolio or the purchase of more fixed income investments with new capital. It is the case that the market-to-market value lowers and if interest rates in the U.S. continue to rise, fixed income investments become less attractive. This type of movement within one’s portfolio can potentially cause negative returns on other equities. Each of these actions are currently used in the financial markets upon seeing fixed income inflows versus capital and the demand for the issuance of fixed income assets. 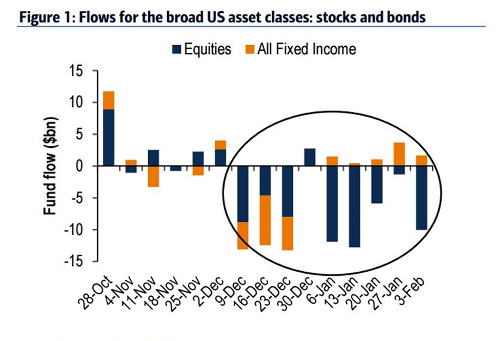 From the start of this year, the cash flow derived from stocks or shares has been negative, meaning that investors are steering away from this position while inflow from fixed income changed from December of 2015 to January of 2016. This is important to note because it stems from the uncertainty provoked when the Federal Funds Rate was increased by 0.25%, making this financial instrument less attractive. Nevertheless, as mentioned before and due to a number of factors, this uncertainty caused the fixed income market to become a safe haven. On the other hand, one must also note the new issuances of fixed income assets to come this year. It was big news when, on January 14th, AB Inbev announced that it would issue $46 billion dollars in bonds, but what is most important is that it had received offers for purchase reaching $100 billion; highest on record. It will be interesting to see if these tendencies continue in the upcoming months.

It’s not abnormal that uncertainty exists in the global financial market and with this comes volatility, but in recent weeks, this has amplified provoking the movement of inflows in the fixed income market sector which has also seen an increase in demand. This market, however, lends itself to three high risks: market risk (changes in exchange rates and changes in interest rates), credit risk (contractual default) and country risk. As is made evident, the financial instruments for the fixed market are seen as a safe haven during a time of uncertainty. Investors seek out this kind of investment and it’s hardly unusual that Argentina and Russia, 2 countries that have historically generated a great deal of uncertainty, have emerged as safe havens for the fixed income market. It is important to make mention of the fact that they will not be the only countries to do so as other countries who are aware of these market tendencies may take advantage of this opportunity to improve financing methods for businesses and countries if they know how to sell themselves well. The Varoufakis Effect may have an important effect for the remainder of this year and the real concern should be that other economic players will jump on board as arbitrators as fear and uncertainty continues to exist in the financial market.