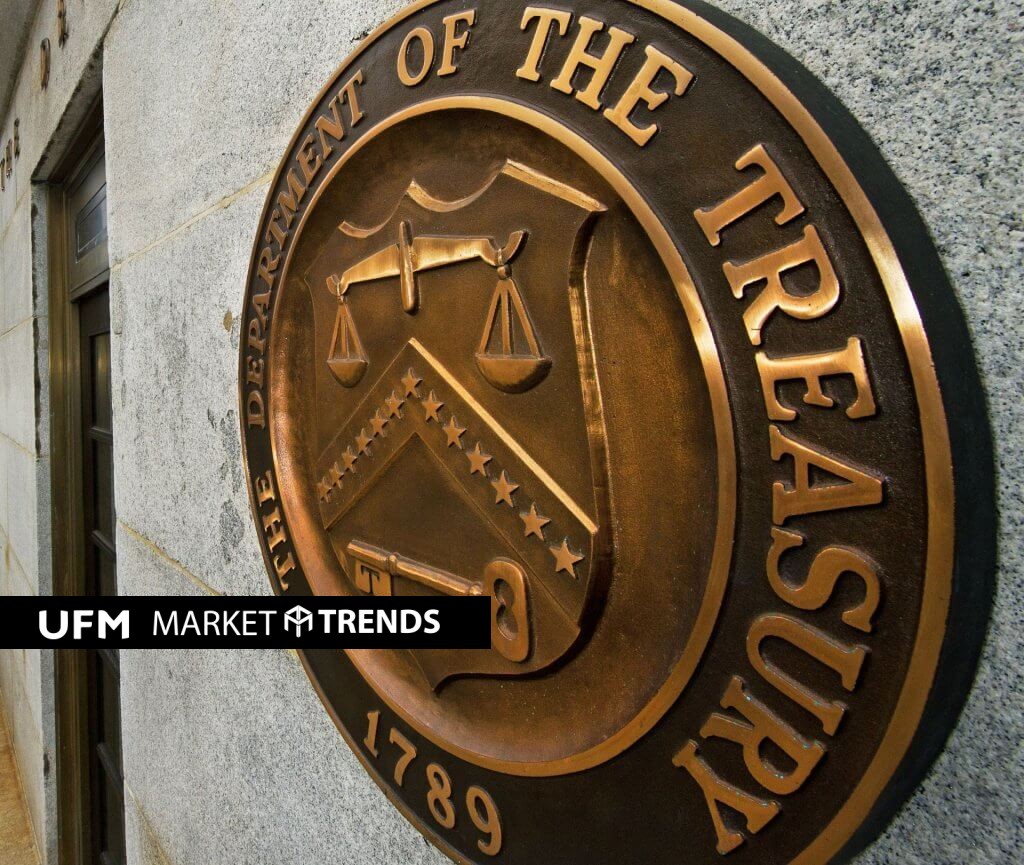 The media reported a few weeks ago that the US national debt exceeds $22 trillion. This number is certainly the one with which economists usually work, but it is probably not the most accurate.

Just a few days ago, the Department of the Treasury published the 2018 Financial Report of the United States Government, as it does every year around this time. In the initial message, Secretary of the Treasury Steven T. Mnuchin writes: “This report highlights trends in the Government revenues, as well as the Government’s long-term fiscal challenge of funding the Social Security, Medicare, and Medicaid programs.”

Concerning the fiscal challenge, the report not only discloses the current debt level, but projects the cost of the government’s future obligations to its citizens. It notes that citizens will have the right to demand benefits from the state in the future.

The United States is one of the few countries whose Treasury department, in an act of transparency and with rigorous analysis, has warned its government of the unsustainability of the country’s public finances.

The United States seems to be facing a significant problem. The US Department of the Treasury is warning us that unless there are substantial changes, the system is not sustainable. It also states: “If changes in policy are not so abrupt as to slow economic growth, then the sooner policy changes are adopted, the smaller the changes to revenue and/or spending will be required to return the government to a sustainable fiscal path.”

Government reports on macroeconomic matters tend to be ambivalent. However, this one’s conclusion is decisive: the US government’s fiscal policy is unsustainable.

The following graph, which appears in the report, compares total fiscal receipts, represented by the black line, with total structural expenditure. When the line representing total receipts (the thick black line) is below the sum of the various budget-expenditure items, there is a primary deficit. During the years of the financial crisis (2009-12), the primary deficit skyrocketed, although it has fallen substantially in recent years. 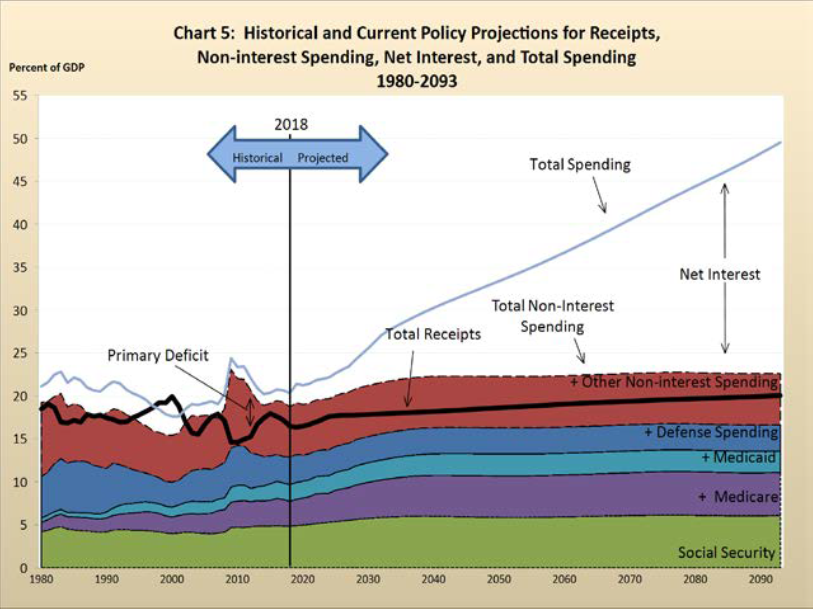 Comparison of the weight of each of the major categories with respect to tax revenues
Source: https://www.fiscal.treasury.gov/reports-statements/

However, it is projected that this primary deficit will begin increasing in the coming years. The same is expected for the total deficit (represented by the difference between the blue line and the thick black line), which includes the cost of servicing the debt.

The report continues with a graph that illustrates how, if the trend continues, the government’s debt could reach 200 percent of GDP in less than thirty years. 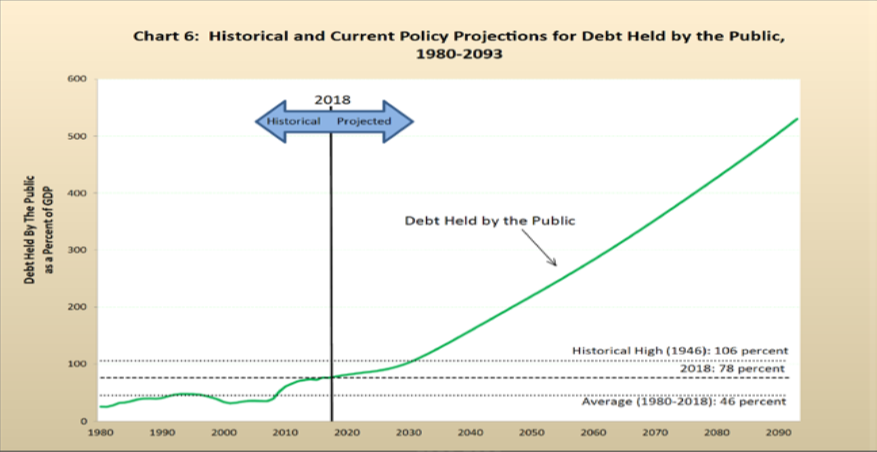 It will be a surprise to many that the report estimates that, at the close of 2018, the debt-to-GDP ratio was 78 percent, even though 100 percent is the figure usually discussed. The reason is simple.

The report explains on page 12 that it does not include the debt of government-sponsored entities (GSEs) such as Fannie Mae and Freddie Mac. It is well known that these entities bear large amounts of debt. This omission means that the report provides much lower figures than the actual US debt.

In any case, the Department of the Treasury projects the future debt of the government and calculates that it could double GDP within thirty years. If the debt of GSEs were consolidated, this threshold would be reached in much less time.

A country with a welfare state commits to offering its citizens future benefits (principally pensions and health services) using taxes collected in the present. While tax revenues are accounted for upon collection, government’s future obligations are not. What would happen if we accounted for the obligations in present-value terms? The Department of the Treasury does this in its analysis.

US companies that agree to provide their employees with future pensions (which the companies have to finance) have to allocate budget items annually to satisfy their future payment obligations in accordance with US GAAP[1] accounting regulations. But the government, whose accounting is also governed by GAAP regulations, is not obligated to make provisions to cover future benefits.[2]

What Would the Debt Figure Be if the United States Had to Calculate the Present Value of Future Obligations?

The Department of the Treasury states: “The long-term fiscal projections indicate that the government’s debt-to-GDP ratio will rise from 78 percent in 2018 to 530 percent over the 75-year projection period, and will continue to rise thereafter, if current policy is kept in place.”

If the topic is not addressed, it is a certainty that the US government will become bankrupt.

Let’s see why the debt is projected to become more than five times GDP. 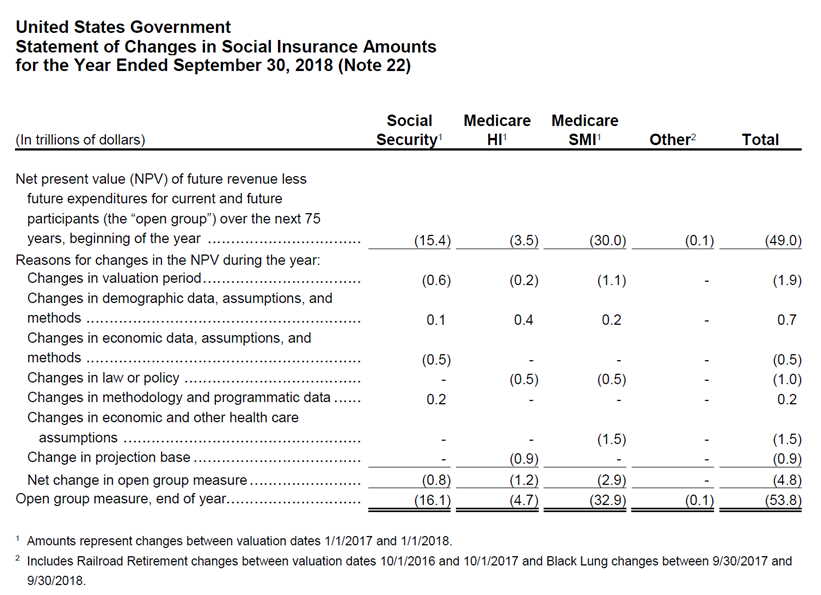 This exercise yields a figure of $53.8 trillion of debt beyond that of today — more than double the current debt.

However, these projections take into account variables that are very sensitive to the calculation of payment obligations. These variables include the fertility rate and life expectancy. Much as in the majority of developed countries, the fertility rate (defined as births per woman) in the United States has decreased from 2.5 in 1970 to 1.8 currently. If this trend were reversed, it would significantly increase future revenues and reduce future debt.

The Department of the Treasury continues by assuming the country will not disappear. Therefore, it calculates the present value of future revenues and obligations into the indefinite future. (Similarly, valuations of companies assume they will operate indefinitely.) 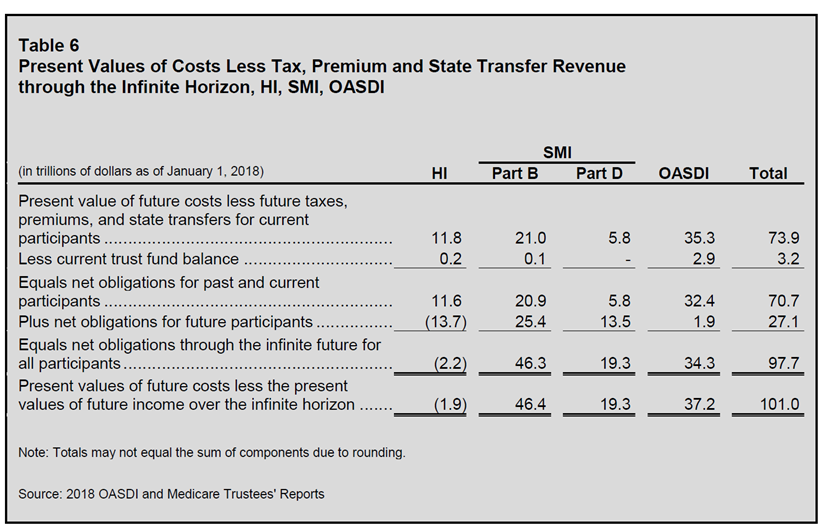 Why is this calculation rarely discussed in the media? The reality is that this is a very delicate topic. Accepting the country’s potential future bankruptcy, as explained by the Department of the Treasury, is not very reassuring.

However, some ratings agencies are beginning to incorporate into their own calculations the concepts discussed in the report. For example, Scope Ratings, a German risk-rating agency, calculated a US debt-to-GDP ratio of 478 percent, very close to the 530 percent estimated by the Department of the Treasury.

What Is Happening in Other Countries?

Unfortunately, the same analysis applies to other countries. In fact, two years ago Citigroup calculated the levels of debt if future state pension obligations were accounted for in present-value terms. Note that the report only includes expenditures on pensions, not health services. 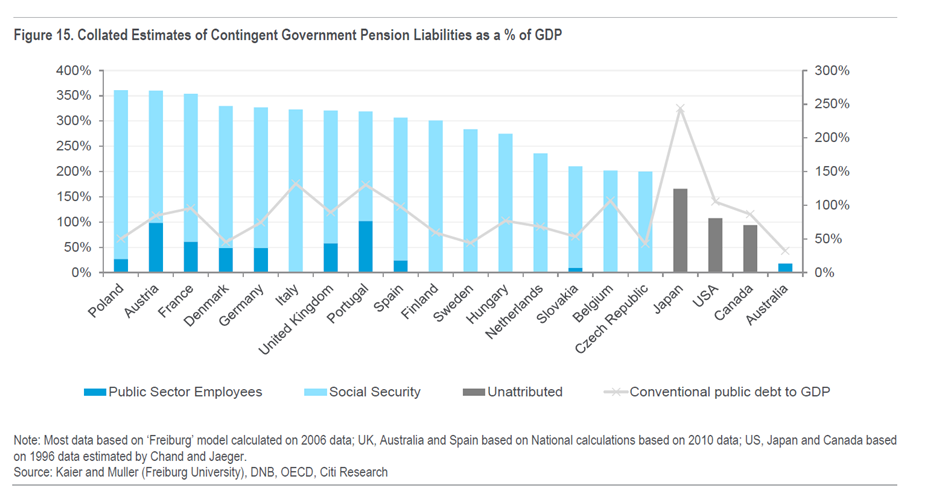 As can be seen in the graph, the majority of European countries should include a debt-to-GDP ratio of three in their accounting.

Economists need to warn the public of the unsustainable nature of our governments’ public finances. Only then will our political leaders be able to debate measures that might reverse the undesirable trends.

This article analyzed a country that does not have a very extensive welfare state nor as pressing a demographic problem as the majority of European countries. Europe, and especially Spain, has the most serious demographic problem. The number of births in Spain in 2018 was the lowest since 1941, when the figure began to be recorded. Currently, the mortality rate is higher than the birth rate. If we also consider that Spain’s welfare state is deeply rooted in the public´s belief, the problem could be more serious than in the United States.

Some measures that would help solve the problem of unsustainable debt are inverting the population pyramid through measures supporting births or revising our pension models by moving to a capitalization model. Otherwise, and unfortunately, the only other option is to increase the tax burden on future generations.

[2] An explanation of the relevant accounting concept — “accumulated benefit obligations” — is beyond the scope of this article.