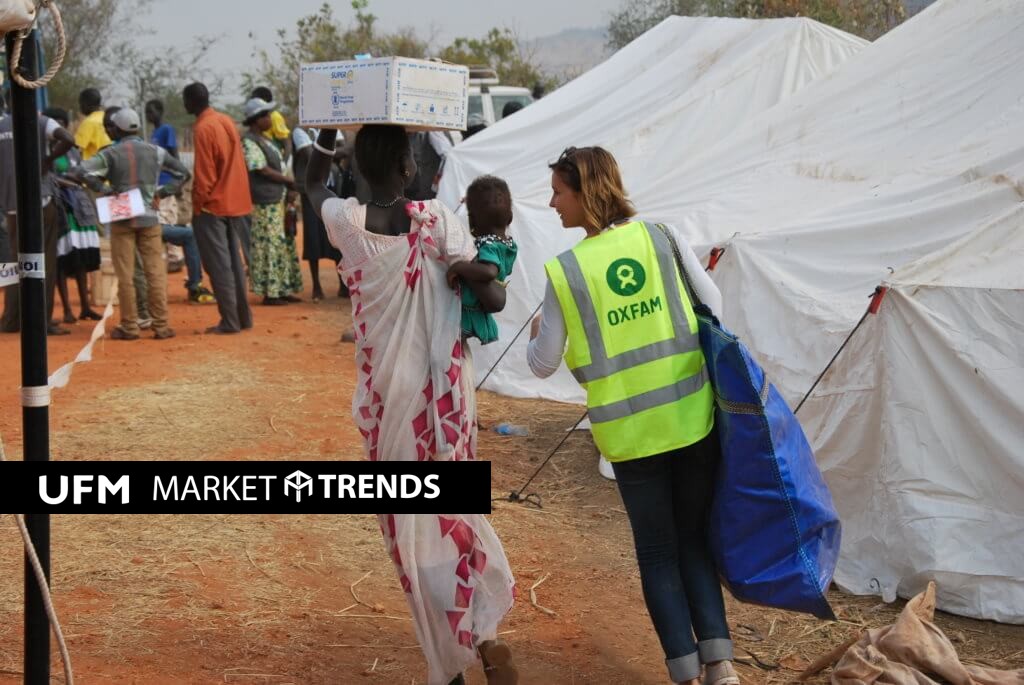 On January 21, the NGO OXFAM published a controversial report that got a lot of play in the media. Following its tradition, the organization published its report days before the Davos Conference began.

Of course, OXFAM knows how to draw attention to its messages. In its latest report, the NGO assures readers that the twenty-six richest people in the world have the same wealth as the poorest half of the population.

Reading the report makes you think that you are living on an apocalyptic planet of Hobbesian servitude, where the only principle that governs our society is “Homo homini lupus” (Man is a wolf to man).

OXFAM’s annual report has twisted its approach. Currently, the focus is not so much on poverty, but rather on inequality. I believe this is so for the two following reasons:

This arrest occurred only a few days after the biggest scandal in the history of OXFAM broke. After an earthquake in 2010 destroyed Haiti—by far the poorest country in the Americas—the head of the organization in Haiti, along with other collaborators, admitted to hiring prostitutes and taking them to the OXFAM offices in Haiti.

With all of these scandals, it is surprising that the NGO continues to give lessons on how to achieve a better world. But let’s consider what went into OXFAM’s report.

There are many who are bringing to light the dubious methodology that was used to draw the conclusion that the twenty-six richest people in the world have the same wealth as the poorest half of the population.

OXFAM calculates people’s wealth as if they were balance sheets, without taking into account income. That is, only an individual with positive net assets (assets minus debts) is considered as rich. It also fails to take into account income or the adjustment effect of purchasing power, and so on. The methodology seems very unrigorous. Consider the case of a successful entrepreneur with a large income who has requested a loan to start a business. According to OXFAM, if the debt she repays is greater than the assets she owns, then this person is in a worse situation than another who has no assets or liabilities. There are many people in the world who not only risk their own capital, but ask for loans for business projects and can still afford a wealthy lifestyle despite being temporarily in debt. This concept is not included in the OXFAM methodology. It is also eye-catching that Gini Coefficient, the most frequent ratio to represent wealth distribution, is not mention at all.

There are many surprising things in this study. Here are some that especially struck me:

Another thing that does not appear in the report is the initiative that the two richest people in the world—Bill Gates and Warren Buffett—are leading: the Giving Pledge, a commitment to donate at least half of their fortunes. More than 180 billionaires, such as Zuckerberg, Michael Bloomberg, George Lucas, Richard Branson, and Elon Musk, have signed.

Inequality does exist in the world, but I prefer an inequality in which successful entrepreneurs make great fortunes while a large part of the population emerges from poverty instead of an economic equality in which people remain at the base of the pyramid live in miserable conditions.

A few years ago, I decided to take a break from my professional career and left a job in investment banking in order to collaborate with an NGO called Technoserve. It was there that I realized that those of us who have been fortunate enough to have been born in privileged economic conditions have a moral obligation to get involved so that those born in poverty can achieve dignified living conditions. What annoys me is the indifference that many have to the harsh conditions that part of the population still suffers today. However, the change that OXFAM proposes in its reports seems unfortunate to me. Since I was a child, I was taught that it is not smart to completely change a functioning system. The current economic model, although it can be improved like everything else, is succeeding in reducing poverty. 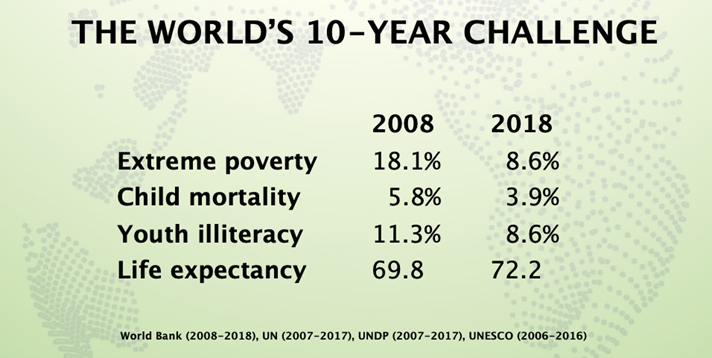