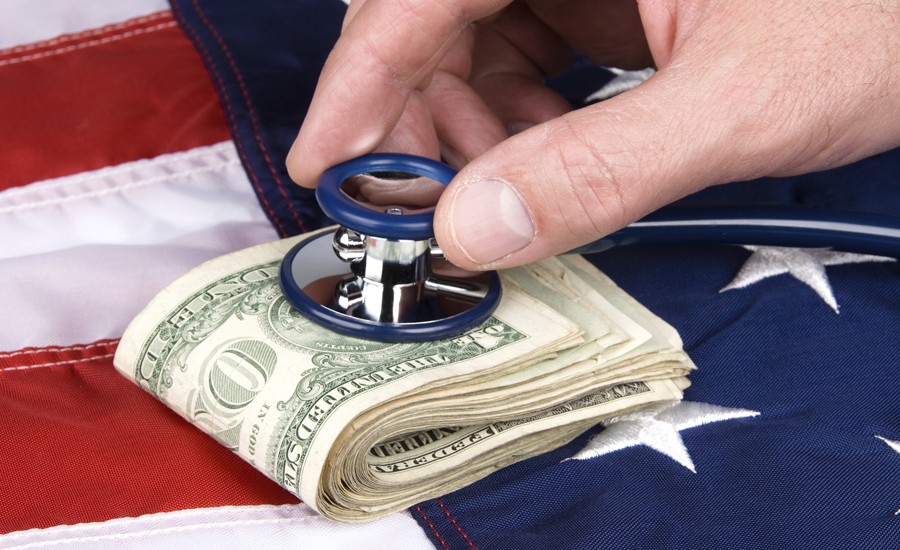 One of the most interesting discussions in the field of monetary theory concerns the role central banks play in the economy. There are multiple views regarding different issues: from questioning the mere existence of the central bank to the actual role a central bank should take. An engaging issue is whether the central bank—if one is justified—should be autonomous from political power. Another issue of great significance regards the form the central bank’s interventions should take: Should the central bank’s governing body have its own discretion? Should it be driven by impersonal rules instead of people?

Throughout the history of the central bank, different rules have been implemented to avoid giving discretion to the central bank. Some examples of these rules are the Palmer rule, the Bagehot rule, and the Friedman rule. The most modern and most popular central bank rule is the Taylor rule, which came about in the early 90s.

Since it was invented, the Taylor rule became popular with the Fed. In 1995, Janet Yellen claimed she used the Taylor rule as a guide to know whether interest rates were at an acceptable level. According to Taylor himself, the Fed was already following precepts of the Taylor rule since 1987[1]. The rule was monitored by the Fed since 1993 and was explicitly implemented in 1995.

The Taylor rule takes into account the following three variables when setting the “optimal” interest rate[2]:

The second variable is the inflation differential. It assumes that below target inflation can be offset by lowering the interest rate and causing a credit increase. The increase in credit causes inflationary pressures. As the gap between actual inflation and targeted inflation closes, the Fed’s interest rate should rise.

The purpose of this article is not to discuss whether the Taylor rule is convenient (ideally the central bank should not set the interest rate, instead it should be established by the market).

How well does the Fed follow the Taylor rule?

Although Alan Greenspan never fully agreed with the need to link monetary policy to rules, the Fed generally follows the Taylor rule as a way to avoid excesses in the management of monetary policies.

The question we ask is the following: has the Fed followed the rule it imposed on itself since the mid-1990s?

Currently, the Taylor rule indicates that the discount rate in the US should be at 3.94%. However, the federal funds rate set by the Federal Reserve is at 1%. Therefore, it seems the Fed is not currently following the Taylor rule.

Consider the last 20 years in the next graph, which links the interest rate promoted by the Taylor rule and the federal funds interest rate set by the Fed. 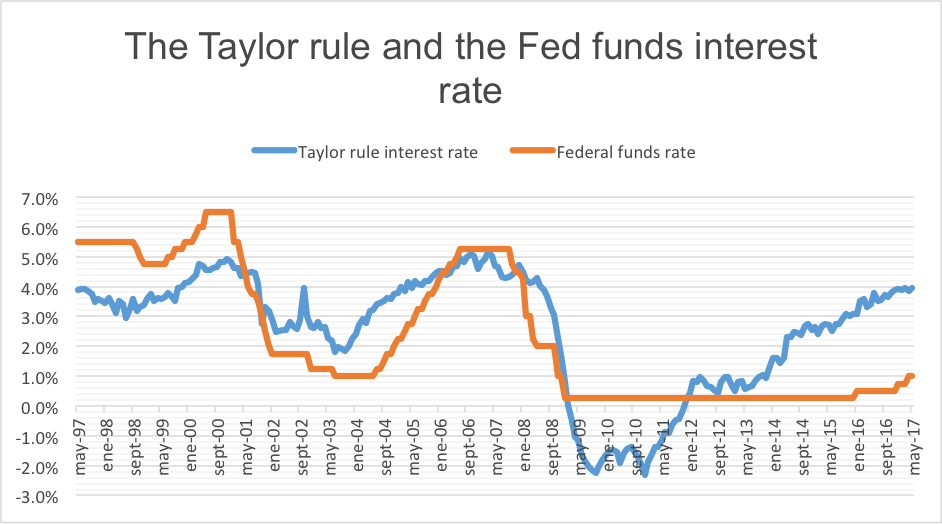 There seems to be two distinct periods: a first period until 2009 and second one from 2009 to the present. In the former, the Fed seems to follow the Taylor rule—although not accurately; in the latter period the Taylor rule is completely ignored.

However, if we look at the same graph in terms of the differential—Taylor rule interest rate vs. Fed interest rate—we see how the Fed has had significant deviations in the implementation of the rule throughout the period. 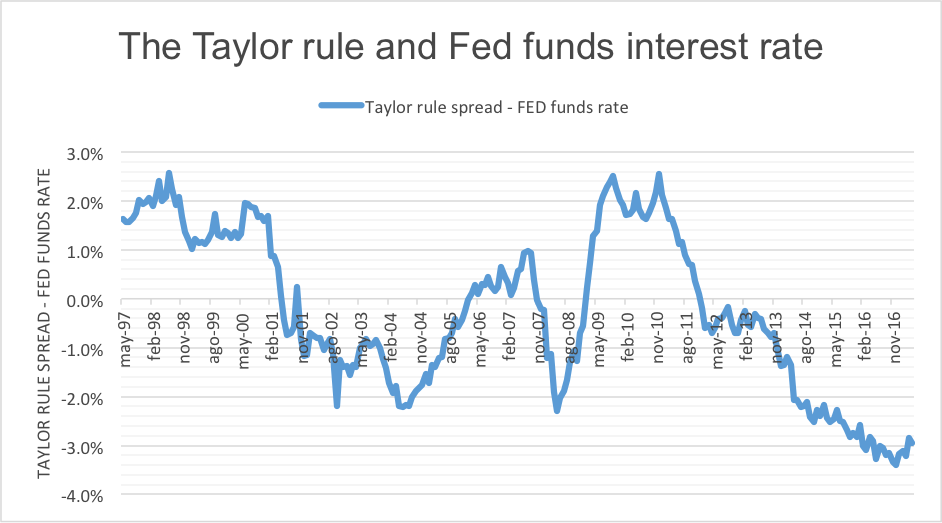 The great recession and the death of the Taylor rule

Yet, since 2012 it became feasible to follow the Taylor rule once more, as interest rate recommendations returned to the positive territory. Nevertheless, it doesn’t look like Ben Bernanke or Janet Yellen made a serious attempt to follow this rule.

In fact, Yellen—who previously supported the Taylor rule—now explicitly rejects it under the premise that we can’t know the true value of the real interest rate and that it could potentially distort the money market.

It is curious that Yellen adopted the same opinion Greenspan held when he was in the same position. From a public choice view, it is perfectly understandable that the ruler of the central bank should reject any limit to his power. The Taylor rule, after all, restricts the Fed’s ability to act.

It seems that centuries of monetary disasters have led to a consensus in which the management of the central banks should be carried out without any interference from political powers. However, it is not easy to get an independent central bank, even behind the most technical speeches there are hidden political agendas.

The rules set a technical and ex-ante criterion for monetary policy, in such a way that political actors are constrained in their ability to influence the central bank’s governing body, and economic agents know in advance what the monetary policy will be and can adapt to it. In other words, these rules are intended to create a climate of trust.

The Fed formally adhered to the Taylor rule since 1995. However, it has never followed it with determination. Discretion seems to be the norm in the management of US monetary policy.

[1] Although the Taylor rule came about later on, versions of it were being discussed in academic circles.

[1] There are several versions of the Taylor rule, the one explained here has probably been the most relevant when making monetary policy decisions.

[1] It is assumed that short-term interest rate is equal to long-term economic growth, 2% for developed economies.