A few years ago, Xi Jinping said China’s “new normal” was a GDP growth below double digits. The data published by China’s National Bureau of Statistics shows how the country’s GDP growth has not drastically changed since then, although the growth rate is decreasing when compared to other periods. The crucial question, however, is how quickly the GDP’s rate of decline will be. Earlier this year, the main fear of investors, journalists, and economists was China’s economic slowdown. But as this period comes to an end, China has proven to maintain the similar growth rates to last year. 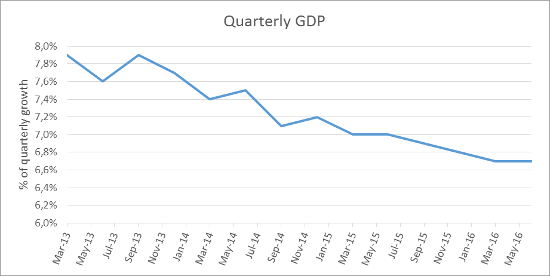 For some years now, China has suffered from overcapacity in its different economic sectors. The analysis of the different sectors of the economy shows that the consumer sector and the real estate industry have grown. 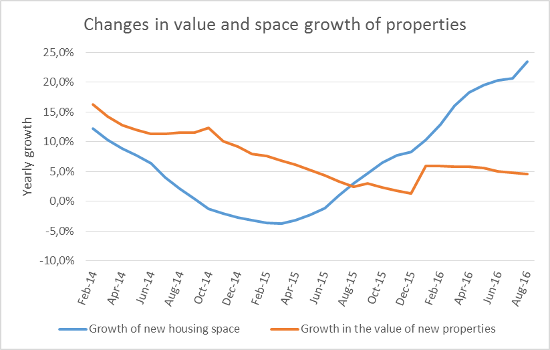 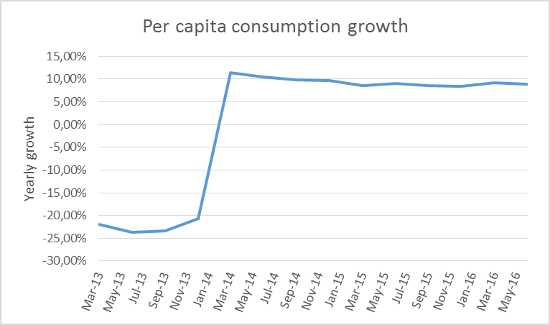 China find itself in deep trouble when in comes to the importance of future exports because of two factors: the country’s strong nationalist tendency and rejection of international trade. These problems represent a serious risk to China since competitiveness—which is inexpensive—can be affected by new tariffs if politicians with these tendencies are put in charge. Therefore, the question arises again: what about China’s growth?

In the latest report by UFM Market Trends, the importance of the real estate industry and consumption to help further China’s growth is analyzed. In fact, there are many opportunities for China to continue growing if certain paradigms and the current aspects of the banking sector change. The greatest risk facing the Chinese economy is the high rate of bad loans to corporation that are being affected by current market conditions. Given that China’s banks are nationalized, they only obey the economic guidelines dictated by the central government. China finds itself in a special place, where it can grow both through savings and by the local consumption of inhabitants that forsee a possible risk for exports.

When the indicator of household debt as a percentage of GDP is analyzed, the resulting figures show that China is far below those for the US or Germany. If banks could understand the opportunities that could be created by slightly changing the current scheme, China coud grow at a pase faster than 5%.

China’s future growth lies in changing policies and in trying to be an engine of local consumption. Otherwise, the economic importance of China in the world will never reach that of the United States. While China gets ready for this change, it is necessary that indicators and their measurements continue to exist in order to understand the behavior and patterns of the Chinese.

More details about the Chinese economy can be found in the second quarterly report of 2016 by UFM Market Trends.