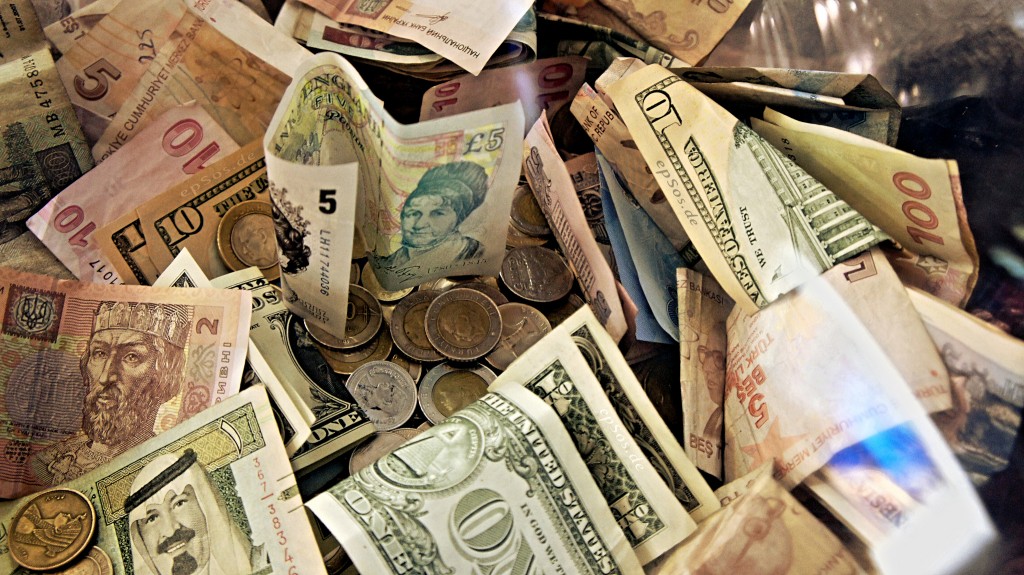 Much has changed since the Greek rescue back in February/March, 2012.  The negotiation power of both parties has changed considerably.  The structure of Greek debt holders flipped between private and public.

Not only did the structure of debt migrate from private to public sector, debt financing changed from a monetary to a fiscal mechanism.  The result is that direct exposure of the European Central Bank (ECB) to Greek debt has significantly decreased. 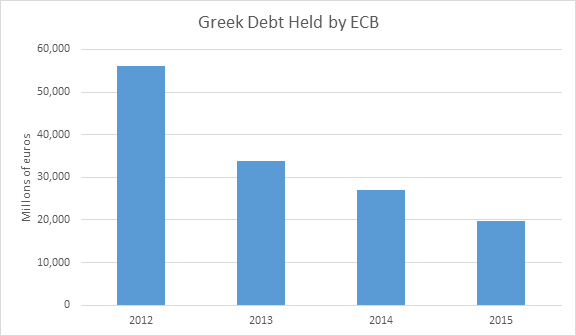 Source: Compiled by author based upon SMP program data of the ECB.

The amount of Greek debt directly held by the ECB is today 35% of the total amount in 2011.

The Greek banking sector has also reduced the amount of loans from the ECB, in which the collateral is a debt security of its own government, reducing exposure of ECB to Greek debt. 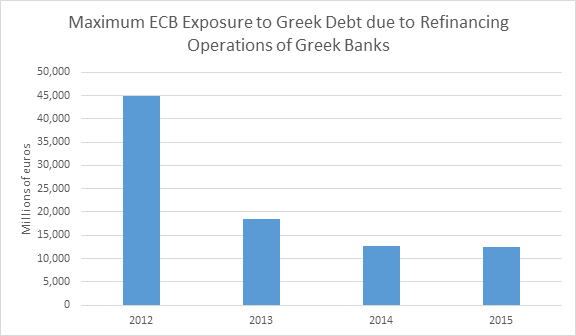 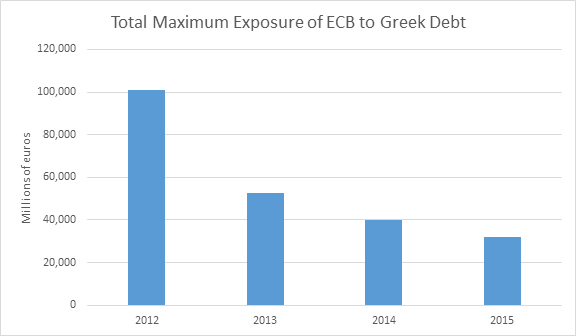 Since 2012 the monetary mechanism has been shielding itself against potential Greek default. In 2012 ECB exposure to Greek debt was 124% of its total capital. Back then, in the short term, a Greek default could have bankrupted the ECB and dragged the euro down with it. In the midterm, the ECB would have been forced to recapitalize or accept the end of the euro. In 2015, the situation is much more manageable. The ECB was able to respond to the maximum loss from a Greek credit event that represented 34% of its capital. 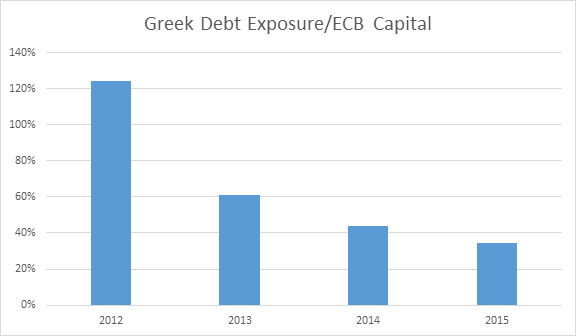 For these reasons, the value of the euro has not fluctuated significantly, contributing to the tensions in the negotiations between the Greek government and representatives of the Eurogroup.  Unlike the experience of 2012, the euro is now better protected against fluctuations of the Greek economy. In the case of a unilateral default of its national debt, Greece can no longer bury the euro because it has lost negotiation power.  However, it still derives some negotiation power from two situations: the fiscal rescue in 2012 turned its creditors into European taxpayers, and the primary surplus in its national accounts makes it less dependent on foreign financing.