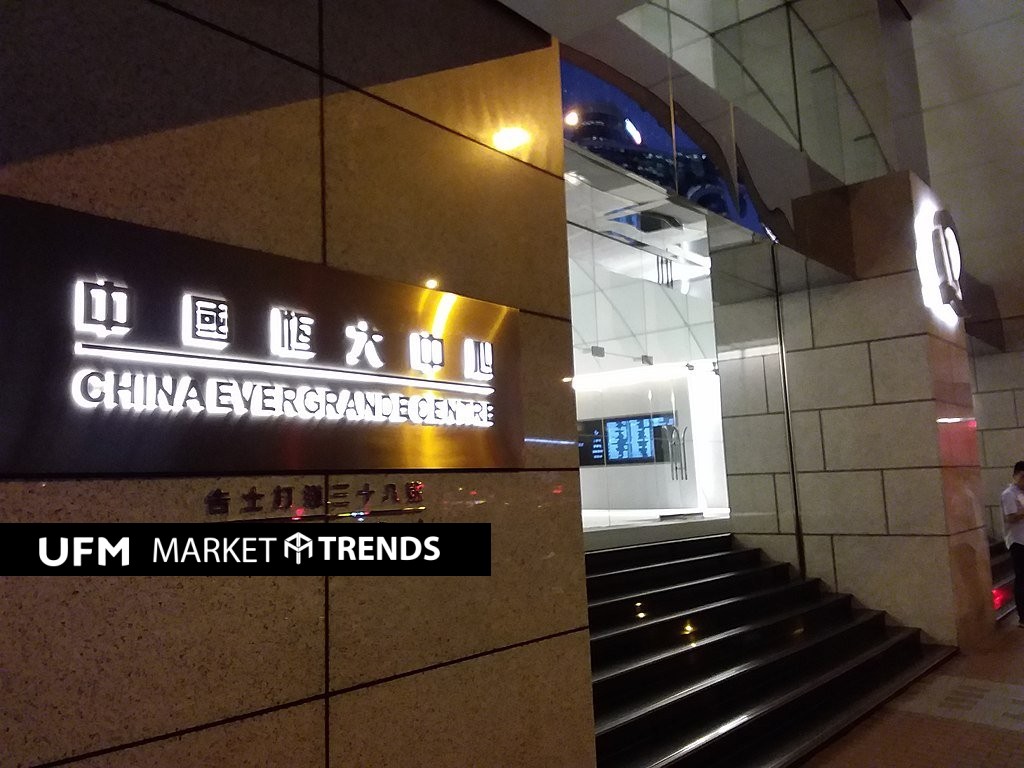 The largest real estate developer in China—and one of the largest in the world—is on the brink of bankruptcy. The problems this could create in the Chinese financial sector, and in turn in other parts of the world, are convulsing capital markets around the globe. The news is not encouraging: Evergrande has already defaulted on several interest coupons on its dollar debt, and recently the listing of its shares was suspended on the Hong Kong Stock Exchange.

In a previous article, we analyzed the health of the Chinese real estate sector in general and concluded that it is in a bubble.  This article analyzes the financial health of Evergrande in particular, how the company has gotten to this point, and whether it will go bankrupt.

Evergrande became the largest Chinese real estate developer through turnover. It currently is engaged in about eight hundred active real estate developments in 230 mainly secondary and tertiary[1] Chinese cities. It is a giant company that, for some years, has been extending its business model to other economic activities. However, more than 97 percent of its income derives from real estate development, so the other activities (for example, constructing football stadiums, developing electric cars) are unimportant.

Why has Evergrande’s value dropped so much? Is this a sign of an inevitable bankruptcy?  And what is the state of Evergrande’s finances? Let us begin with an analysis of its income and profitability.

Evergrande was already the largest Chinese real estate developer in 2011. Since then, the company’s sales have soared, particularly since 2016.

Evergrande’s earnings statements show that profits have dropped significantly since 2018. However, its earnings remain positive even in 2021 (January–June). Earnings are currently close to those seen in 2016, and while the share value is lower today than it was in 2016, the difference is small.[2]

The problem with this approach is that all of Evergrande's profit figures are contaminated by nonrecurring events (such as accounting profit realized from the sale of subsidiaries to increase liquidity).[3] If we zoom in on Evergrande’s main business, real estate sales, and exclude the nonrecurring events, we arrive at a much bleaker picture of the Asian real estate giant’s finances.

Evergrande's profits are below those recorded in 2010, when its turnover was one-tenth of what it is today. To make matters worse, as will be seen in the section on Evergrande’s debt, construction of new housing is practically paralyzed because of a lack of supplies, in turn because the company has defaulted on payments to suppliers. Therefore, Evergrande’s earnings are not what it claims; in fact, it likely incurred losses in the second half of 2021.

Evergrande's margins have plummeted since 2018 and currently are not even enough to pay the interest on its debt.

The Elephant in the Room: Evergrande’s Debt

Most of the discussion surrounding Evergrande is about its debt problems, which is logical, as the market is waiting for the company to default. The company’s problems with assets are as serious as those associated with its debt.

Evergrande’s debt/asset ratio reached 41.6 percent in 2017. In 2021, it dropped to 24 percent. This makes it seem as though Evergrande has significantly reduced its debt, but nothing could be further from the truth. All the company has done is exchange formal debt for debt to its suppliers. In other words, to meet debt-reduction commitments, Evergrande has accumulated unpaid bills to its suppliers.

Once debt to suppliers is introduced, it becomes clear that the company’s real debt-to-asset ratio has remained almost constant. The official ratio is nothing more than accounting smoke and mirrors.

The accumulation of debt to suppliers has caused serious problems for Evergrande. Most vendors have decided to stop supplying the company, so many real estate projects are completely paralyzed for lack of supplies. Evergrande’s ability to deliver new housing projects (crucial for the company’s survival) has been seriously compromised, as the company itself acknowledges in its latest quarterly financial report.

Perhaps as (or even more) important as the accumulation of debt is the company’s temporary profile. Evergrande did not know how to financially plan its enormous growth. Since 2014, half of Evergrande’s debt has had to be constantly renegotiated and renewed, causing the company to be vulnerable when faced with any event that would prevent or hinder the renewal. (If we include the debt to suppliers, 78 percent of all of Evergrande’s debt needs to be renewed every year.) In other words, bad financial planning made the company fragile in the face of any unexpected change.

An unexpected change came at the beginning of 2021, when the Chinese government decided to burst the country’s real estate bubble. It required the country’s real estate developers to comply with relatively demanding financial ratios and prevented companies that didn’t comply from increasing their debt. This decision was the spark; the financial irresponsibility of Evergrande’s directors was the dynamite.

The Last Piece of the Puzzle: The Assets Evergrande Could Sell

There is no doubt Evergrande is a disaster on the debt side, but what about its assets? Although it’s not ideal, every company has the option of selling assets in order to pay off its debts. This is precisely what Evergrande has been doing in recent months: gradually selling off the assets that are not central to its business, such as holdings in banks and other companies. However, most of the company's assets are housing developments. The company has two problems here. The first is that the company’s sales price (by square meter) has begun to plummet. (See this article for an analysis of the Chinese real estate bubble.)

The second problem is that the bulk of Evergrande’s real estate assets are unbuilt houses. Approximately 90 percent of Evergrande’s real estate developments are homes that are under construction (the other 10 percent is finished housing). According to Evergrande, the houses under development will be finished within a year, but housing sales are far below the number of properties in the company’s inventory.

There are two possible explanations:

In both cases, Evergrande will not be able to use its assets to pay its debts and avoid bankruptcy.

If Evergrande's liabilities are a disaster and its assets are too, and the latter are in a bursting market bubble, the company’s chances of survival are minimal.

Perhaps the clearest indicator that Evergrande cannot survive on its own is the interest-coverage ratio. This measures a company’s ability to pay its debt and is calculated by dividing earnings before interest and taxes by interest expenses on debt. A ratio higher than one indicates that profits are greater than interest expenses. A ratio lower than one indicates that profits are insufficient to pay the interest on the debt (and the company must sell assets or increase debt just to pay interest on previous debt).[5] Evergrande’s interest-coverage ratio dropped below one in 2020.

The chances of Evergrande’s survival without public aid or without the massive injection of cash from some unsuspecting investor are therefore nil.

The next article will conclude the Evergrande series by analyzing the possible consequences of a disorderly default on international finances and the possible contagion effects this could have globally.

[2] This could mean that the market is valuing the company lower today because of the liquidity problem described in the next section; however, it seems that the market is assuming that profits will not continue to fall or will not fall excessively.

[3] The sale of a business branch is a nonrecurring event. The business may continue to sell other branches, but obviously it cannot sell the same one twice. Furthermore, it is possible that the branches sold first are those in highest demand (precisely because they are the highest-quality assets).

[4] It has tried to sell other investments (such as its subsidiary involved in electric-vehicle production) with little success.

[5] This is what Minsky calls a “speculative” situation.