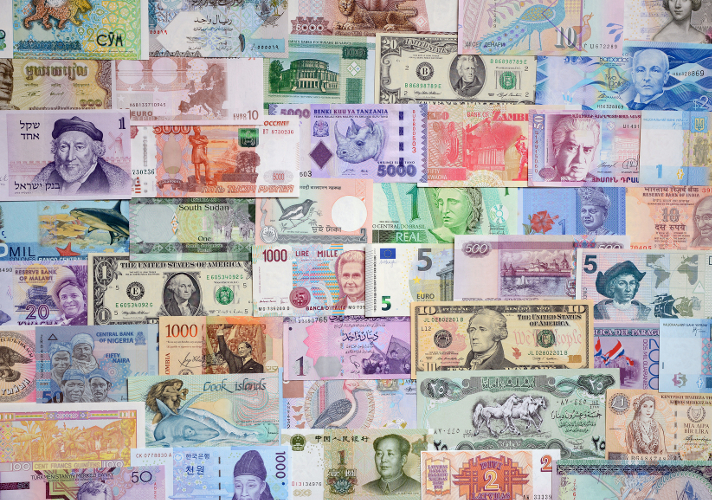 Latin American economies tend to be highly dependent on raw materials. When the prices of oil and other commodities collapsed in the second half of 2014, Latin American currencies depreciated greatly. The capacity for those countries to generate foreign exchange (FX) reserves was severely affected, resulting in a scarcity of US dollars in their domestic economies that drove the price of dollars higher and plunged local currencies lower. 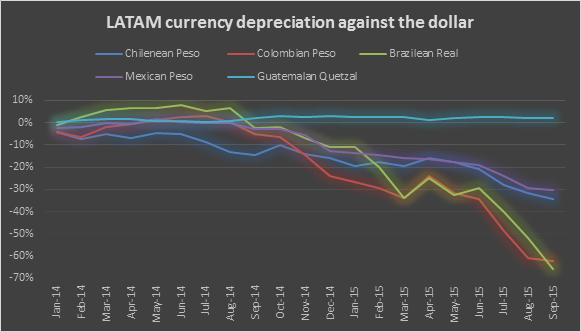 Since 2014, these depreciations range from 30.17% for the Mexican peso to 65.71% for the Brazilian real. Yet, in this environment of significant depreciations, the Guatemalan quetzal (GTQ) has appreciated by 2.11%. What has held back the pressure on the Guatemalan currency?

Like other Latin American countries, Guatemala’s main export products are raw materials. So we would expect similar pressures on the country’s currency. However, the key difference is that Guatemala is also a major importer of raw materials. 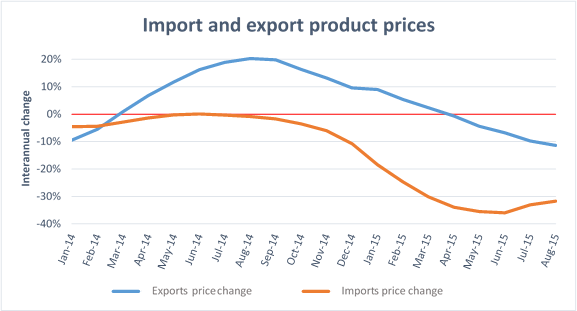 At UFM Market Trends we have developed two import and export price indexes that include the prices of Guatemala’s main foreign traded goods, weighted by their relative importance in imports/exports. Our indexes show that import prices have fallen 31.7% year-over-year, while export prices have declined by only 11.3%. This gap generates an FX inflow that places downward pressure on the exchange rate, generating GTQ appreciation relative to the USD.

Our finding is consistent with the country’s balance of payment data. As seen below, Guatemala’s structurally negative current account balance suddenly turns positive in the first quarter of 2015. 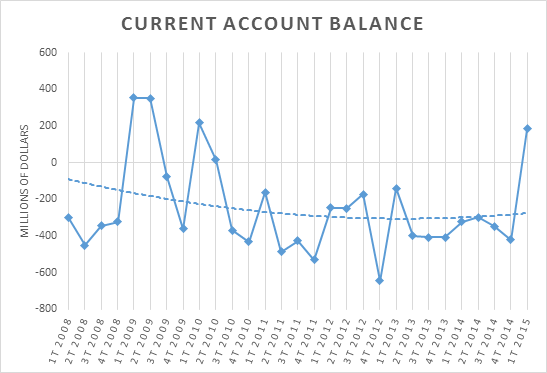 It’s important to keep in mind that the quetzal’s recent appreciation, during a period that has seen significant currency depreciations in other Latin American countries, has little or nothing to do with the central bank’s efforts or the strength of Guatemala’s economy. The appreciation is a result of sudden price variations in international goods that accidentally benefit the national economy.