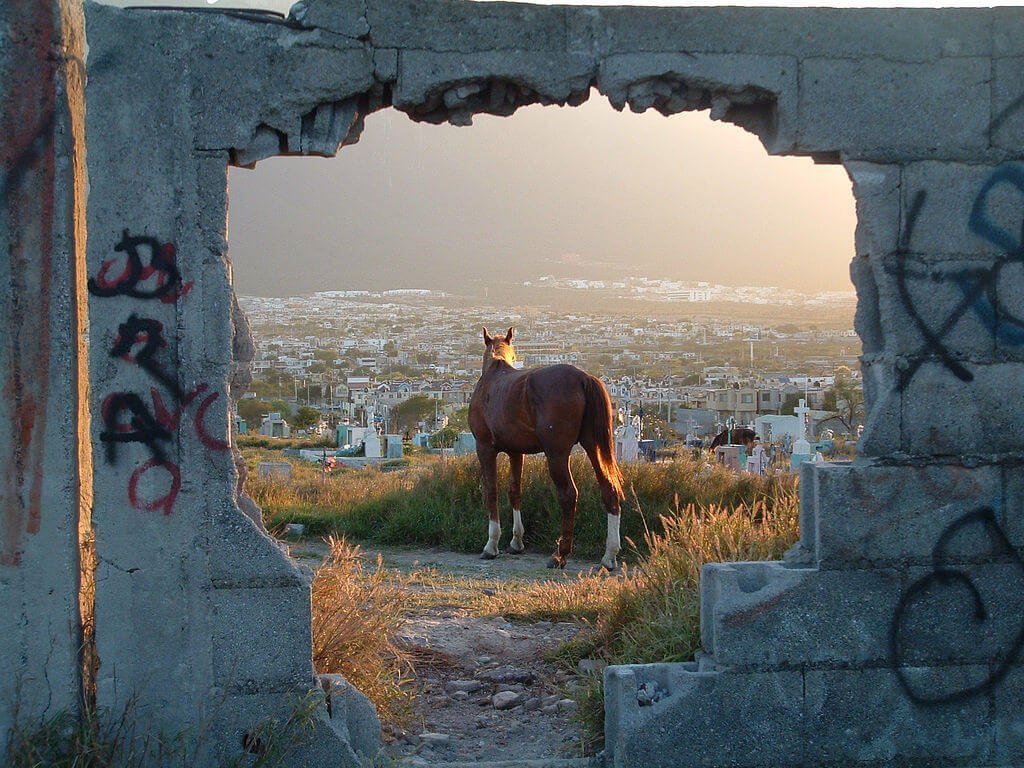 On November 15, 2016, the Mexican congress approved the Federal Expenditure Budget, which is part of the Economic Package for 2017 used by the Mexican government to try to improve the country’s economic situation two years before the end of Peña Nieto’s six year term.

Standard & Poor’s, Moody’s Investors y Fitch Ratings placed the Mexican government under surveillance because of the country’s high growth of debt levels and because of debt’s level over GDP. Standard & Poor’s rates Mexico’s sovereign debt as BBB+; Fitch Ratings also places it at BBB+. Moody’s, on the other hand, set the rating at A3—a rating higher than the former two. In 2013, S&P upgraded Mexico’s rating from BBB to BBB+; Moody’s also upgraded the rating from Baa1 to A3 in 2014. Yet due to external difficulties complicating Mexico’s macroeconomic situation both agencies have changed the Mexican sovereign rating from stable to negative. There is a one-in-three Chance that S&P’s rating will lower the rating in the next 24 months.

One of the main reasons for this downward revision is the concern about the increase of sovereign debt-to-GDP ratio. Both credit rating agencies have signaled that Mexico’s current rating can be maintained if the necessary fiscal measures are implemented. These measures include actions to reduce the deficit and lower the debt levels. A bad rating complicates the ability for private sector companies to acquire foreign credit, raises the interest rate at which the government can borrow, and undermines investment in the country.

The Problem with Oil Revenues

Oil revenues have been falling in recent years because of low international oil prices. Days like those seen in the second quarter of 2013, when oil prices reached historical high levels, are long gone. Back then oil revenue accounted for more than 40% of the budget revenue, as shown in graph 1. 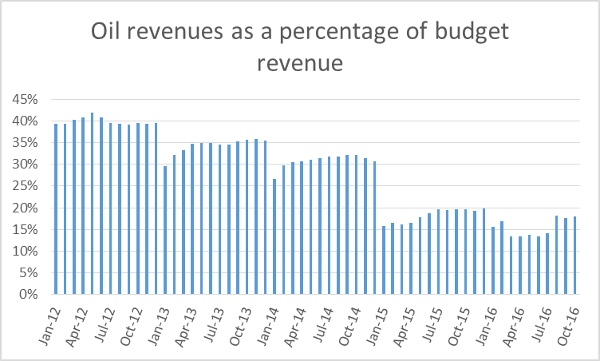 The fall in oil prices compromised public finances because of the fact that expenditures are independent of tax collection. Fortunately for the Mexican government, the fall in oil prices has been supported by a historically high level of tax revenue — revenue between 2012 and 2015 rose 62% in real terms — and a high growth of sovereign debt. This caused a recomposition of budget revenues that softened the importance of oil revenues and reduced the volatility caused by the uncertainty of international oil prices.

Problems with the Primary Fiscal Balance 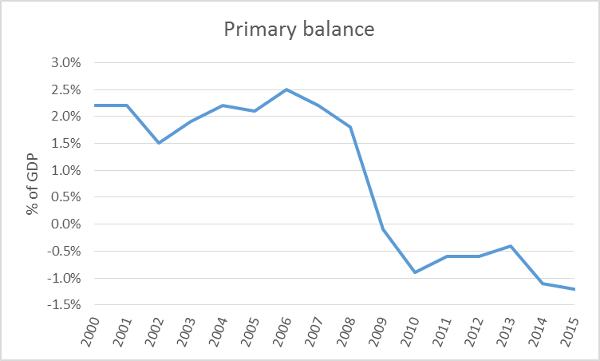 How to Achieve a Budget Surplus

According to the SHCP, the economic package for 2017 “represents a macroeconomic and fiscal strategy with the objective of preserving macroeconomic stability, emphasizing the actions that will reduce the risks of the international economic context that have an impact on public finance.” The Mexican government is awaiting the trade policies that will be enacted by the new president of the United States, who is not in favor of the current trade agreements in North America. These policies might create risks for Mexico, such as the possible renegotiation of NAFTA, a deportation of Mexican immigrants, or controls over remittances.

There are two ways to achieve a surplus: by increasing revenues or reducing expenses. The Mexican government intends to take the necessary actions to reduce projected expenditures in order to avoid increasing public debt, without modifying tax rates or imposing new taxes. At the beginning of Enrique Peña Nieto’s term, the Mexican government set out to preserve the tax system with the Tax Certainty Agreement throughout the six years of the president’s term.

The Mexican government’s objective is to reach a public surplus of 0.1% of GDP and a primary surplus of 0.4% of GDP. To achieve this, a plan was devised which is based on four pillars:

Tax revenue is projected to amount 66% of budget revenue, revenue from state agencies and companies to 22%, and the increase in debt would amount to 11%, as shown in graph 3. It is important to highlight the expected 15.7% reduction of oil revenues in real terms compared to 2016 and the expected 9.7% increase of real tax revenues. 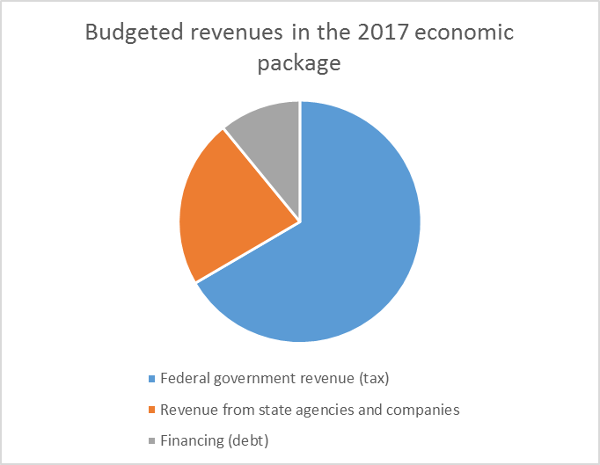 The budgeted expenditure for 2017 represents a reduction of 1.7% in real terms compared to 2016’s budget. There are several classifications of total expenditure, depending on the subject of interest.

One of the most important ones is the classification of projected expenditures and non-projected expenditures. The former refers to the operational expenses of federal government institutions, providing services such as health, education or the construction of highways, among other things. The latter refers to obligations such as public debt and support that is dictated by law, such as financing of municipalities. For 2017, 72.3% of the expenditure is expected to be projected and 27.7% non-projected, as shown in graph 4. 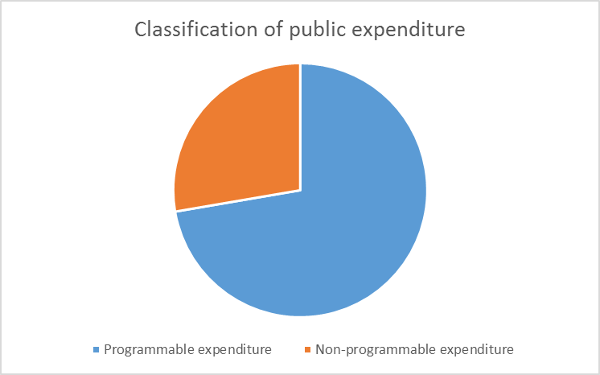 Among the classification of non-projected public expenditures, 42.4% is used to cover the financial cost of public debt. Expenditures in this specific area will increase 18.9% in real terms when compared to 2016. As graph 5 shows, 55.1% will be allocated to funds for federal entities and municipalities and 2.5% will correspond to cover debts from the previous fiscal year. 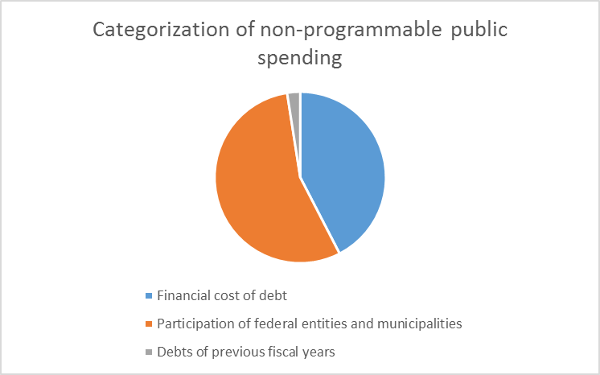 When it comes to projected expenditures, which are the expenditures that allow the operation of most government institutions, the main cuts would be in the administrative branches of the government. Important cuts include 42.7% from the department of tourism; 44% from agrarian, territorial, and urban development; 39.4% from environment and natural resources; and 41.5% from economic affairs. The 102.2% cut from PEMEX was one of the most important cuts, even though it is understandable given the independence that the entity acquired after the energy sector reforms of recent years. However, the judicial branch estimates a growth in real spending of 14.8% compared to 2016 and the legislative a growth of 3.6% more than in 2016. The strongest increase comes from the Mexican Social Security Institute (IMSS), with a 60.3% increase compared to 2016. 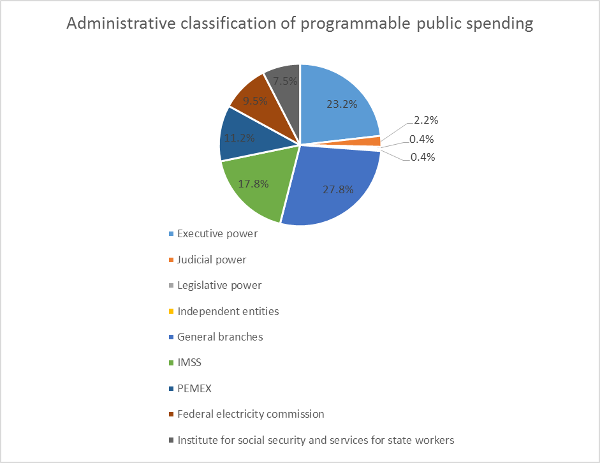 Not Everything Is So Beautiful

It is important to clarify that all of what has been mentioned above is information provided by the Mexican government in the General Criteria for Economic Policy (CGPE) 2017, Federal Expenditure Budget, and other documents related to 2017’s public expenditure. The information provided by the government should be questioned and compared to the reality of private initiatives. In 2017, Mexico will embark upon one of its most critical years of the last decade because of the political conjuncture of a US government led by Donald Trump and a presidential election whose candidates do not please the general population. The former, which is generally not taken into account in many analyses, is important in order to understand the budget structure for 2017. The spending cut is mainly seen affecting the investment category; current spending was not portrayed as being affected by the political cost that the cut would bring. In 2015, the government of Peña Nieto wanted to spread the idea that the budget for 2016 would be a zero-based budget, where all public expenditures would be justified in detail. The year went by and yet there are cases of unnecessary expenses, anomalies in the use of funds, and illicit enrichment. Unfortunately, this does not encourage good expectations for 2017.

When it comes to the “Trump Effect,” NAFTA and remittances are not the only things Mexico has to deal with. The country runs a risk of losing capital because of Trump’s policies, namely the reduction of corporation taxes. This could cause a problem when it is combined with the complexity of the Mexican tax system and its higher rates — Mexico has the third highest OECD tax rate on corporations.

Yet there is a more serious problem: some of the assumptions on which the plan was based are no longer applicable.

The first of these false assumptions is GDP growth: SHCP presented a very optimistic forecast of GDP growth. Expected growth ranges from 2 to 3%, but the private sector has lower expectations and places GDP growth at less than 2%. The Mexican government based many of their expectations on GDP growth, yet many of these may end up generating lower revenues than expected.

The second assumption is the interest rate. SHCP estimated an average interest rate of 4.9% for its budget, but since November 2016 Banxico increased its interbank rate to 5.25%, without taking into account future increases because of inflationary pressures or in response to the Fed´s monetary policy. This poor forecast ultimately alters budget expenses. An increasing cost of debt is unavoidable and the additional interest payments will have to be covered by extraordinary income, larger cuts to other entities, or more debt. It was estimated that interest payments would represent 2.8% of GDP, but according to the estimates of independent analysts, the figure could be higher than 3.2% of GDP.

The last of these false assumptions is the exchange rate. CGPE’s forecast for the exchange rate puts it between between 18.2 and 18.62 pesos per dollar. Months ago the peso exceeded that rate, reaching historic levels of 21 pesos per dollar at its worst level. The exchange rate will likely remain around 20 pesos per dollar, with no significant changes until the new US government’s trade policy is revealed. This error can affect the budget in two ways: Pemex revenues would increase, but the price of imported inputs would also increase. Second, it would increase the amount of sovereign and private debt interest in dollars. In fact, private non-financial firms have responded to this hike by making their largest amount of foreign debt payments of the last year and a half in the third quarter of 2016.

Analyzing Mexico’s budget and its context raises concerns. It seems to be more of a political marketing strategy than a technical plan for budget restructuring. Although it is true that for the first time since 2008 primary surplus would be reached, it would be insufficient to cover even the interests of 2017—that is if, at least, the assumption of GDP growth turns out to be true. The Mexican government needs real political commitment to achieve its mission, but with such an unfavorable situation, it will be difficult to do. Additionally, there is the perverse incentive that 2017 is the second to last year of Peña Nieto’s government.

NOTICE: The analysis contained in this article is the exclusive work of its author, the assertions made are not necessarily shared nor are they the official position of the Francisco Marroquín University.