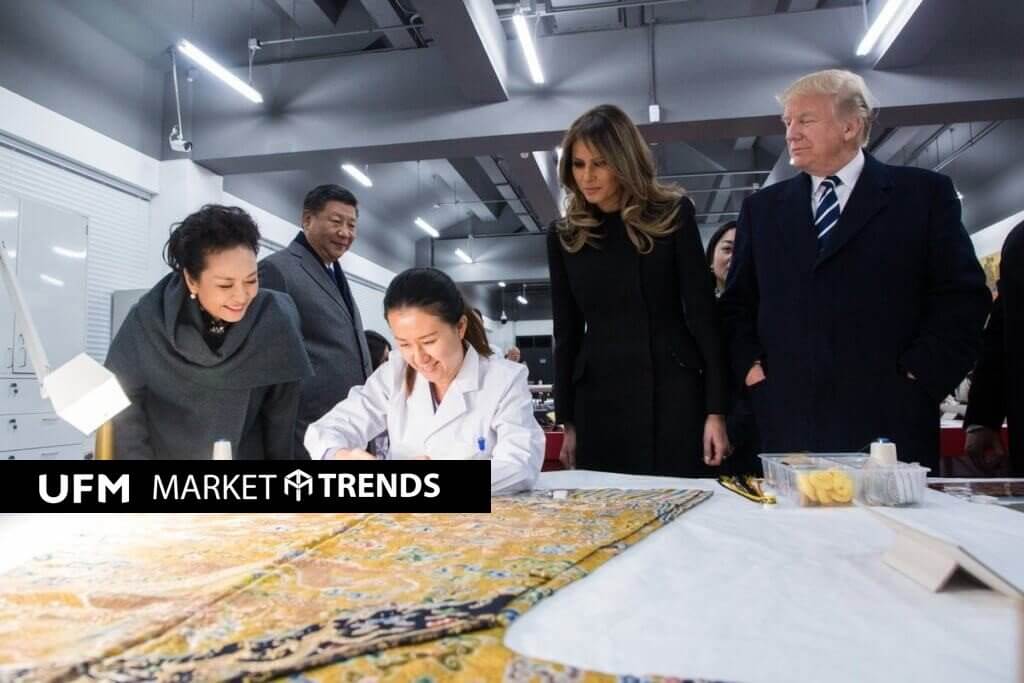 On March 22, Donald Trump announced a new series of tariffs on products coming from China. When Trump announced the measures, he assured everyone of two things: First, the move would “make the country stronger and richer.” Second, the trade deficit with China, supposedly amounting to $375 billion, was “the greatest deficit of any country in the history of the world.”

There are several problems with Trump’s logic. My colleague Olav Dirkmaat explained in a previous article why complaining about a negative trade balance does not make any sense, since it can be explained by a positive capital-account balance. Because his article explains this clearly, there is no need to address it here. However, there are two other fallacies I should point out.

Since the publication of Adam Smith’s Wealth of Nations (1776) and the subsequent works of David Ricardo, economists have understood the benefits of trade. If Americans prefer to buy cellphones manufactured in China, it is because China has a comparative advantage in assembling phones and the United States is devoting its resources to producing other goods in which it has a comparative advantage. 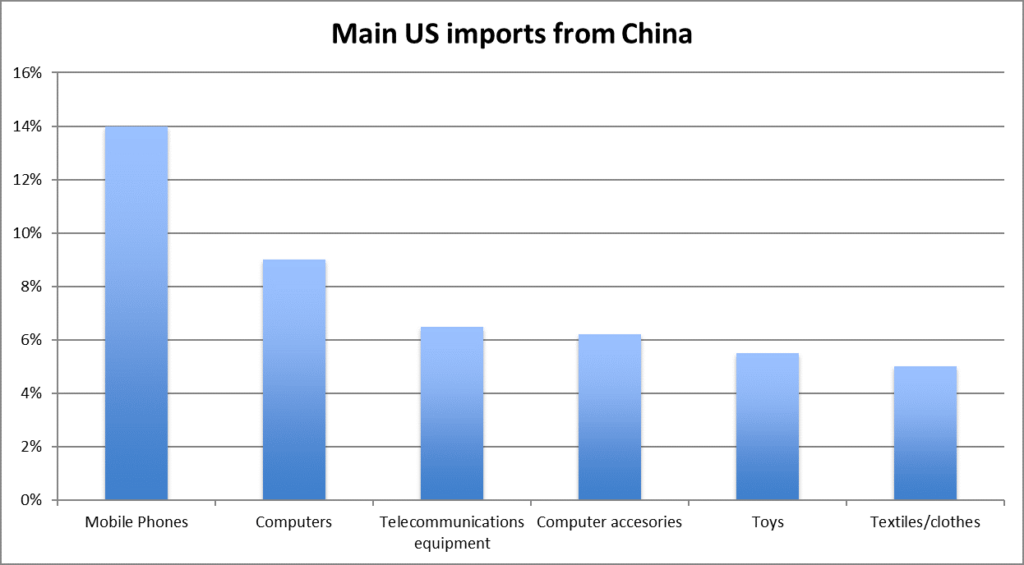 This shows that the claim that free trade is destroying American jobs is true for an increasingly small sector of the labor force. Because most of the work force is in the service sector, this argument loses its power. This is true even without taking account of the fact that jobs lost in this way free up resources for other productive activities and in turn generate new jobs. This argument challenges the main premise of Trump’s argument.

Fallacy 2: The trade deficit with China is the highest in history

According to him, the United States’ $375 billion trade deficit with China is scandalous. But the trade deficit is being overestimated. Why? Because of vertical specialization.

Vertical specialization refers to the circumstance in which the multiple inputs a good is composed of are produced in different places. Think about the iPhone. The iPhone is designed in California, and its memory chips and screen are manufactured in Japan, its processor in South Korea, its camera and GPS in Germany, and the WLAN transmitter in the United States. Finally, the iPhone is assembled in China. After it is assembled, the iPhone is exported to the United States.

According to Irwin, in 2009 the iPhone was imported from China at $179 per unit. However, the cost of manufacturing the parts of the iPhone in China was only $6.50, 3.6 percent of the value of the good. However, the trade balance registers the import according to the value in the country of origin. Therefore, the iPhones add $179 a unit to the trade deficit: $1.6 billion in 2009. This greatly exaggerates the trade deficit with China when we take into account the relatively low value added to the good in China, and underestimates the US trade deficit with Germany and Japan. Given this logic, we should reconsider the validity of Trump’s figure.

The worst effect of imposing barriers to imports is the damage to the export sector. However, this is the subject for a future article.

Edgar Ortiz has a degree in Law from the Francisco Marroquín University. He holds a master in Austrian Economics at the Rey Juan Carlos University in Madrid. He is the executive director of the Center of Economic and Social Studies (CEES). He is a professor of economics at the Francisco Marroquín University, and he is also an analyst on issues related to the situation at Canal Antigua. He works as an associate lawyer at Estudio Jurídico Rivera.