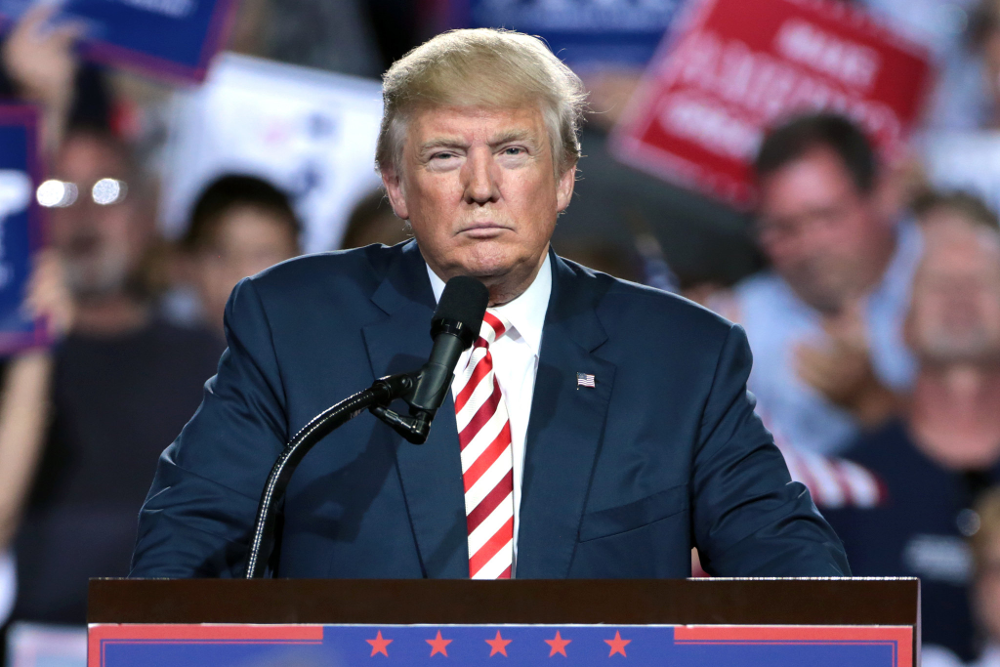 In the first round of Trump’s trade war, the U.S. introduced import tariffs on steel and aluminum (with the EU and four other countries temporarily exempted). At the end of March, we entered the second round of Trump’s trade war, as Trump announced to impose import tariffs on approximately $60 billion in Chinese technology imports. Trump accuses the Chinese of intellectual property theft. China directly retaliated with tariffs on U.S. pork, wine and fruits. Trump reacted furiously and is on the brink of imposing tariffs on an additional $100 billion of Chinese imports. Trump said: “In light of China’s unfair retaliation, I have instructed the USTR to consider whether $100 billion of additional tariffs would be appropriate.”

Nonetheless, Trump’s trade war borders on insanity, as he increasingly shows to be completely ignorant on foreign trade.

Brief Explanation of the Balance of Trade

There is nothing mysterious about the balance of trade. The balance of trade, also called the current account[1], is the amount of exports minus the amount of imports. The result is either a trade deficit (more imports than exports) or a trade surplus (more exports than imports). The flipside of the trade balance is the financial/capital account. The financial account necessarily balances out against the trade deficit, since net imports must somehow be paid for. Of course, these very same principles apply to nations, states, cities and individuals: everyone has a “trade balance” and the same rules apply.

There are two obvious reasons why a current account would be negative and, consequently, a financial account positive:

With regard to our first point, we are simply consuming imports today at the expense of producing exports tomorrow. Since the U.S. is running a large budget deficit (and has been running a large budget deficit for a long time) and foreigners are happy to finance the deficit by buying US Treasuries, borrowing from abroad will affect the trade balance. Ironically, Trump’s recent tax reform only increases the federal budget deficit and thus increases borrowing, which leads to an even larger trade deficit.

With regard to our second point, things become more interesting. If we single out New York City and California, we get a completely different picture.

Why would New York City equal almost 20% of the U.S. trade deficit?

Simple: NYC is an international, financial hub. Moreover, the New York Stock Exchange (NYSE) is located in, you guessed it, New York City. The NYSE is by far the largest stock market in the world, representing a total market cap of $21.3 trillion dollars. Roughly $170 billion dollars is traded daily (a third of the U.S. trade deficit changes hands every single day on the NYSE).

Observe, for instance, the chart below: curiously, we can clearly see when foreigners massively pull out their money. NYC’s trade deficit decreases when the stock market crashes and increases when we’re amid a stock market bubble.

So, while we were trying to show how clueless Trump is about the trade deficit, it actually led us to an incredible indicator of market sentiment, much more robust than sentiment surveys such as the AAII investor sentiment survey. By looking at the trade deficits of financial hubs (more specifically, NYC, San Francisco, London, etcetera) we can get a grip on the market’s temperature.

Now, what about the state of California?

Does Silicon Valley ring a bell? San Francisco, California houses the largest tech industry hub in the world, attracting foreign investment even increasingly from China. Billions pour in every year, with little money flowing back abroad. They are meant to buy largely equity stakes in future production, future wealth, which are not accounted for in the trade balance.

Take a look at the following chart:

Here we see the same phenomenon (and the same cyclicality: in 2002 the tech-bubble burst, while the drop in 2009 and 2010 can of course be explained by the 2008 crisis). Foreign real estate investment, which is very much tied to what we have been saying, also plays a role. San Francisco shows the same pattern as NYC, albeit to a lesser degree (San Francisco explains roughly $25 billion or almost 5% of the total U.S. trade deficit).

Of course, without all that foreign investment, both NYC and San Francisco would be worse off, not better.

If we take Los Angeles, another tech hub (although there is less venture capital in L.A. than in San Francisco), we get a bit of a distorted picture because of the Port of Los Angeles (the largest container port in the U.S.). It receives shipments of more than $200 billion a year from largely Asian countries: as a result, L.A. has a large trade deficit with the world, but a large trade surplus with other cities in the U.S. Yet, if we could filter out the “L.A. Port”-effect, we would see that L.A. would also have a trade deficit for the very same reasons, even though probably somewhat smaller than San Francisco.

The latter can be understood by, for example, looking at Hollywood, which produces blockbuster movies that are watched all over the world. The U.S. is a service economy.

Adding up goods and services, the U.S. still is a net importer. Yet what balances everything out, is the fact that the U.S. does not only export services. It also “exports” financial assets. US Treasuries, demand deposits, equities, bonds, direct investments (FDI), and a myriad of other financial products are sold to foreigners. But foreign investment is good, not bad, as Trump implies.

But, as Trump’s defenders argue, Trump lowered taxes! Especially the lowering of the corporate tax rate will be an enormous boon to the U.S. economy. Economic growth will increase.

What most do not take into account is, however, the fact that the corporate tax is levied upon a residual which is generally called accounting profit. Such residual profits are thus accumulated as cash. But let us think this through for a moment: what are ways to lower profits and thus the effective corporate tax rate?

Simply put, a business can lower its taxable income by investing more. You have read it right: whenever a business is confronted with a high corporate tax rate, it has an equally large incentive to lower the taxes it pays by buying more equipment, inventory or by contributing to retirement plans. Most of these are good for growth.

The ability to expense the full purchase price of equipment in the current year (instead of expensing it over its estimated life) is not something new to Trump’s tax reform: the IRS already allowed to deduct the full cost of certain capital investments upfront even before Trump´s reform (this “bonus depreciation” was introduced after the 2008-crisis). Trump merely extends this deduction.

Moreover, Trump substantially lowers the tax rate of the highest marginal income bracket. This means that it is becoming less costly to consume capital, which clearly runs counter to the idea of stimulating capital accumulation and (re)investment.

On the whole, Trump’s tax reform incentivizes capital consumption, not capital investment. As such, it will likely have a neutral effect on economic growth. Coupled with Trump’s trade war, Trump’s economic policies will most likely lead to weakness, rather than growth.

We are staring at an economic abyss: in a highly leveraged and perfectly priced US economy Trump is doing the unthinkable: beginning a trade war. The resulting sell-off in markets will most likely be violent.