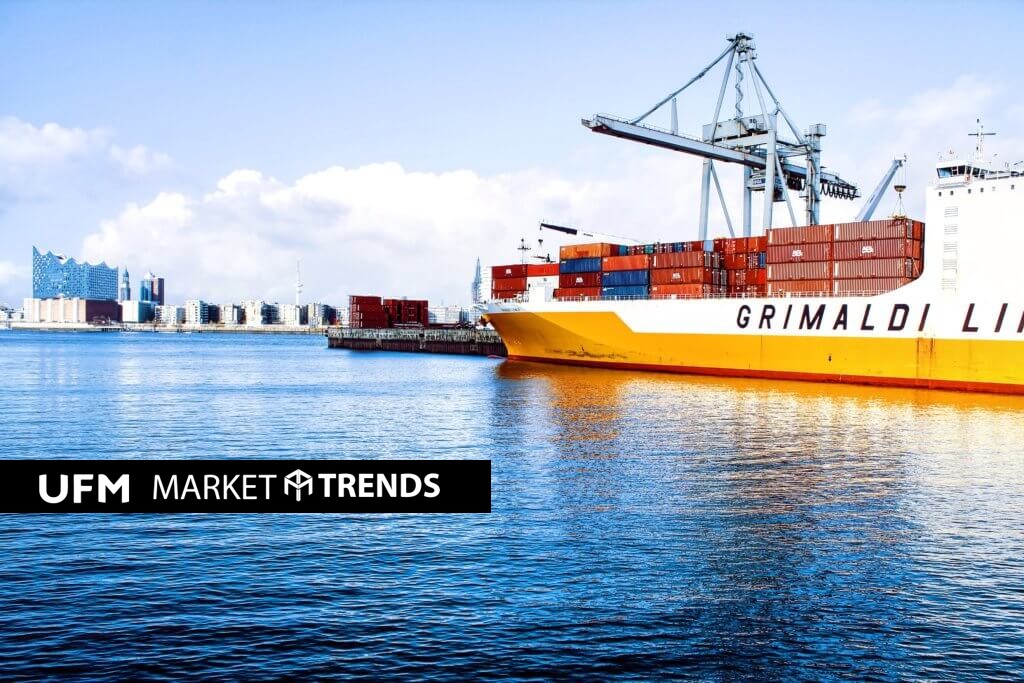 The president of the United States, Donald Trump, has started a full-frontal offensive against the Chinese government. According to Trump, the Chinese “do not play according to the rules of the game” because the Chinese export more products to the United States than they buy. , we have seen that this idea is false, since a large part of the US trade deficit is explained by the inflow of foreign capital.

What we never imagined is that China’s trade deficit with the United States could serve as a barometer of the Chinese economy. China is the world’s primary consumer of many raw materials, which is why its economy is of great importance to the rest of the world. What is the Chinese economy telling us?

What is happening with the trade deficit between the United States and China?

The cause of this discrepancy is a questionable practice of many Chinese entrepreneurs: they overinvoice American imports. This has become a good practical solution to avoid the capital controls of the Chinese government. If this practice proves anything, it’s that capital controls are doomed to fail despite the intentions of political authorities.

Imagine a company based in Beijing that has an invoice of $1 million for an import (for example, a machine). But it really only paid $500,000. This means the remaining $500,000 is not accounted for and circulates abroad. The company is de facto moving money from China to the United States. This example shows how the Chinese are very creative in circumventing capital controls. However, this creativity impacts the reported data on the trade balance.

The difference between the two deficit figures as an economic indicator

This all leads us to a revealing figure. The difference between the trade deficit reported by the United States and the one reported by China is an indicator of how eager Chinese entrepreneurs are to move money abroad. The difference reflects the expectations of Chinese entrepreneurs and their willingness to invest in the Chinese economy. Unfortunately, it is not a completely clean indicator: Chinese authorities have recognized the phenomenon and have tried to crack down on this practice since capital flight reached its peak in 2016.

However, given Trump’s antitrade rhetoric, the Chinese authorities seem to have taken a more hands-off stance because overestimating imports leads to a smaller reported US trade deficit. Indeed, we are seeing that Chinese authorities are having no trouble “fixing” the fraudulent practices of their businessmen.

What is the indicator indicating now?

Now that we know that the difference between the trade deficit reported by the United States and that reported by China serves as an indicator of China’s economy, what is this indicator pointing to now? 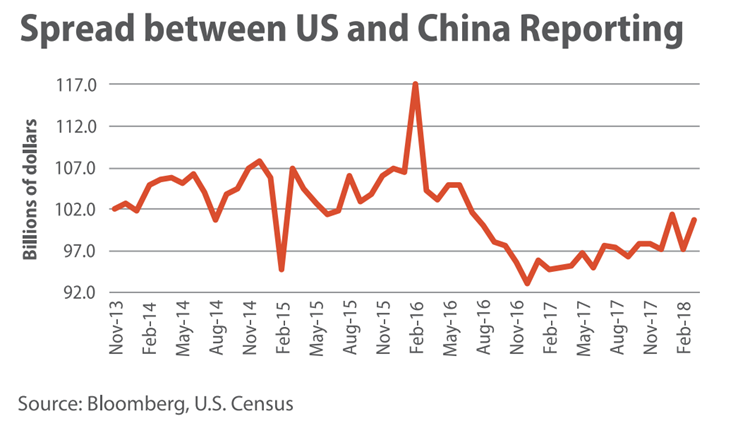 It shows that the economy in China seems stable. However, at the beginning of 2017 the figure reached its lowest point. It seems that since then, the risk in the Chinese economy has been increasing little by little.

But this has changed with Trump’s threats

The Chinese used to be one of the most important real estate buyers in major American cities. For a decade, the Chinese bought more American real estate than they sold. However, this year, the Chinese have sold more real estate than they bought. In the last quarter of 2018, Chinese investors sold $1,290 million in property, while they only bought $126 million. One of the reasons for this change is Trump’s recent anti-China stance. Maybe the United States is no longer the main destination for China’s capital flight, and instead its capital is moving to other countries. At the moment, it’s not clear whether this is only affecting the United States or it’s a more widespread trend.

The Chinese are counterattacking with import tariffs, but only targeting the US states that voted in favor of Donald Trump in the previous elections, as Trump’s Republican Party will soon have to face midterm elections. If Trump suffers a setback in these elections, it could make it harder for him to carry out his trade war against China. This is how the United States could once again become the favorite destination for China’s capital flight.