This article is an excerpt from the first quarter report of the eurozone, which you can find here.

The economy of the eurozone continues to experience slow growth, but most economic indicators anticipate a stage of good economic growth. The demand in cyclical goods, for example, is seeing a significant rebound. We see this in the demand for vehicles and new home constructions which is experiencing this rebound for the first time since the recession of 2012. 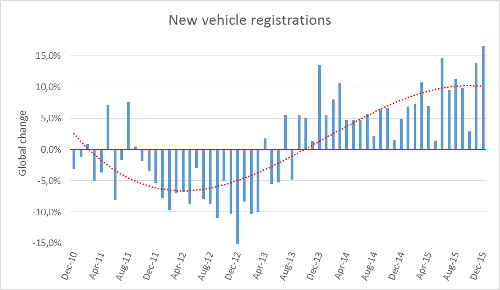 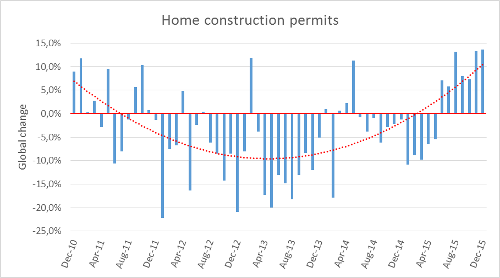 Credit distribution has also changed and financial intermediaries have begun to lend money to households and businesses as opposed to lending to governments. Strict requirements implemented by Brussels begin to have positive effects; fiscal consolidation at the European level is now a fact. Credit that normally eats away at governments will now be used to boost the manufacturing sector. This can also be seen as an indicator of future growth. 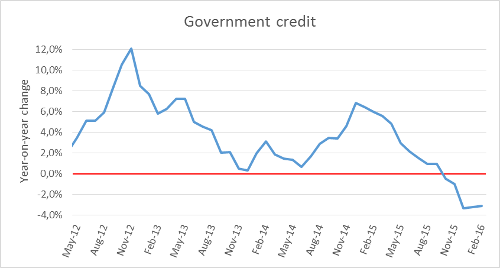 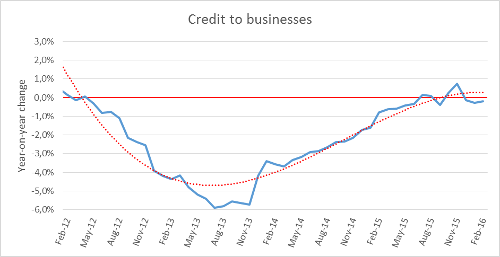 Still, a great risk exists to the economy of the eurozone and to its banking sector, in particular; this being the monetary policy of the European Central Bank. There are two unconventional measures that have been adopted by the ECB:
• Quantitative Easing.
• Charging banks for keeping excess reserves in the European Central Bank (Negative Interest Rates).

The first measure implies an important increase in the monetary base and in bank reserves. When the ECB purchases bonds, they increase their balance sheet by loading it with reserves. The only entities permitted to have an account in the ECB are private banks 1. For this reason, the banking sector as a whole cannot “lend the reserves” that it receives, only transfer them to other private banks. In other words, the banking sector is condemned to possessing excess reserves as a result of quantitative easing. 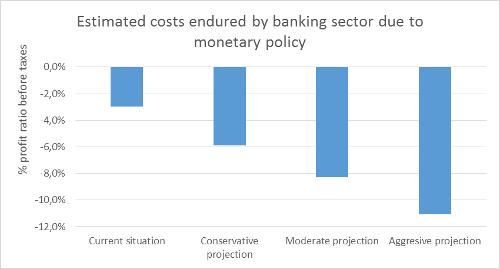 The second measure taken by the ECB (implementing a cost on excess reserves) is of particular importance. Banks, on a consolidated basis, have no way of avoiding this cost which in turn provokes a disruption in income statements. 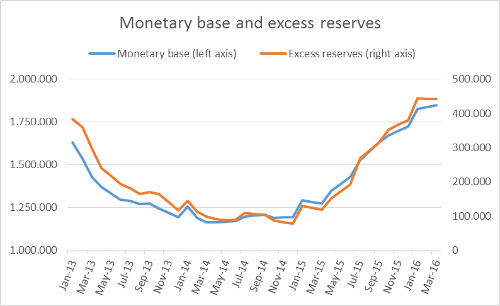 It would seem that the ECB is looking to deliberately cut profits for private banks. However, what the ECB hopes for is that private banks compensate for these losses with greater profits by expanding their credit portfolios. That is to say, the ECB is forcing financial intermediaries to increase credit extended. Also, more credit means a greater need for reserves (resulting in less excess reserves).

For the time being, this strategy employed by the ECB has been unsuccessful. The consolidated balance sheet of financial intermediaries is experiencing no growth.

In this situation, the decrease in bank profits could put the stability of the financial system at risk and with that, the still emerging growth of the European economy.
To learn more about this subject and others of interest regarding current conditions of the European economy, download a free copy of UFM Market Trends.

[1] States are also permitted accounts in the ECB, but for simplicity’s sake, we have omitted them.