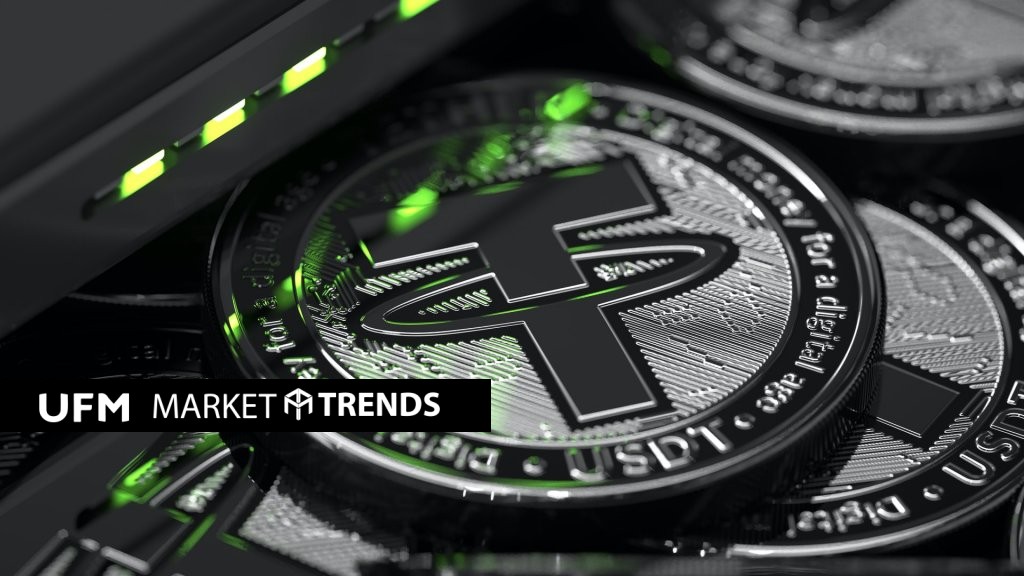 Cryptocurrencies have been in a slump in recent days. The price of almost all cryptoassets is plummeting. In theory, this should not overly frighten nontraditional investors who invest in them. After all, their volatility has always been enormous, and it is not the first time cryptocurrencies have suffered drastic corrections.

One piece of news, however, should perhaps make cryptoasset investors a little nervous: many stablecoins are breaking their pegs.

This article analyzes the breaking of Tether’s peg with the US dollar. Tether is by far the most widely used stablecoin, and it follows a more traditional financial scheme (which is why it could have been considered safe until recently).

What Is a Stablecoin, and What Is a Peg?

Decentralization is one of the principles that have made cryptocurrencies very desirable assets. And there have been attempts to maintain stablecoins’ fixed exchange rates in a decentralized way by introducing economic incentives for the users of the network themselves to secure the peg. This is the case with TerraUSD, a currency that has suffered a significant collapse, and DAI, a currency that, for now, is operating normally.

Other stablecoins are governed by more traditional financial mechanisms. They are simply liabilities of specific economic agents. These cryptocurrencies represent promises to supply dollars. Their operation is similar to that of a bank when it issues deposits or that of a money market mutual fund. The stablecoins’ issuers are responsible for ensuring the stability of their value. This is the case with the largest stablecoin in the crypto market: Tether (with market capitalization of over $80 billion). Tether is owned and issued by a cryptocurrency broker called Bitfinex.

A Tether Is Very Similar to a Bank Deposit

A Tether can be understood as a promise by its issuer (Bitfinex) to supply a dollar. The issuer is presumed to be able to respond to the demand for dollars immediately anytime someone wants to sell a Tether. To the extent that the promise to supply a dollar is credible and can be fulfilled immediately, it is logical to think that it circulates at the same value as the dollar—the par price.

A deposit in a commercial bank works exactly the same way. The deposit is a credible promise by the bank to supply a dollar to the depositor when they request it. A dollar deposit in a bank and a dollar are not the same; they just look the same because we are so used to the deposit always circulating the par price.

A money market fund is a somewhat more modern invention than traditional banking. It originated in the 1940s in the US and became especially popular from the 1970s onward when inflation raged in the US. Because of a regulation called Regulation Q, banks were forbidden to pay high interest rates to their depositors. That, combined with inflation, meant bank customers saw their deposits’ purchasing power plummet (yes, governments have been destroying citizens’ savings for a long time). Faced with this financial repression, substitutes for bank deposits appeared: money market funds.

A money market fund is actually an investment fund, not a bank, and it issues units, not deposits. Therefore, investors in this type of fund are not holding money market instruments per se. How did these funds become so popular as an alternative way to store money?

Therefore, although money market funds are not at all structured like banks, the final service they provide to their clients is incredibly similar to that provided by banks through issuing deposits. Thus, money market funds act as direct competitors for the public’s funds.

Since money market funds’ units are not deposits, the funds were able to avoid Regulation Q. US banks could not compete by paying more for their deposits because the law prevented them from doing so. This is one of the reasons American commercial banks today form a relatively small part of the economy compared to their European counterparts.

How Is Tether Managed?

As mentioned, a Tether is an asset with a peg to the dollar. As long as there is a rough balance between the number of people who want to buy Tether and the number who want to sell it, the parent company—that is, the issuer of Tether—should do nothing. But if Tether is overbought or oversold, the peg might break (overbuying, in this context, means the asset price exceeds a dollar and overselling means the price drops below a dollar).

This is what happens in both cases:

Case 1: Tether is overbought. Its parent company issues (or sells) new Tether. Prospective Tether holders give their dollars (or other assets) to Tether’s parent company, which buys assets that are considered very safe and short term (and continues to hold considerable amounts of fiat currency).

Case 2: Tether is oversold. The parent company must buy and withdraw Tether from the market by paying one dollar for each Tether it withdraws. It is up to the company to either hand over the dollars it already holds or sell assets to raise dollars and give them to the Tether sellers.

From the above example, it is clear that an overbought Tether is not a problem for the parent company. The company will simply receive more resources and have them at its disposal to invest.

The problem is when Tether is oversold, just like when there is a run on a bank or when everyone rushes to liquidate their money market fund holdings.

If Tether’s parent company invested in very safe and liquid assets, it could respond to the overselling without any problem.

But just like investors in the traditional financial system, Tether users don’t seem to have been very nervous until the market in which they held assets started to fall. A drop in the real estate market or the stock or bond market can make investors and bank depositors nervous. Similarly, a major drop in Bitcoin or Ethereum can make Tether holders nervous. The recent downturn in cryptocurrencies is occurring at the same time as a decline in the rest of the financial market.[1] If the assets held by Tether’s parent company are now worth less than they were a few months ago and if Tether is being oversold, this is preventing the company from effectively defending its coin’s par price.

It is worth emphasizing that if the Tether parent company has high-quality, very short-term assets, the problem can be resolved. Market swings barely affect assets that are liquid and very safe (this is one of the reasons Adam Smith developed the real-letter theory, which has survived to this day as liquidity theory or the neo-bank school).

But if Tether’s parent company decides to act like a hedge fund, the problem will be insurmountable. In times of rising interest rates, assets with longer maturity suffer greatly (the fall in present value is greater the longer the maturity of the asset). In addition, recessions are times in which asset holders seek safety and oversell relatively risky assets, which then fall in price. If the Tether parent company has invested in long-term or risky assets, it has condemned the stablecoin to absolute ruin.

Curiously, suspicions about Tether’s balance sheet have been a subject of debate for years now, including suspicions that Tether loaned reserves to its parent company (Bitfinex) to cover gaps in its balance sheet. Even more curious is Bitfinex’s continued reluctance to disclose its balance sheet. It has been releasing some balance sheet brushstrokes that have not reassured anyone who was not already reassured. If the data it has provided are correct, Tether’s backing is mainly in short-term assets. The problem is that we have no idea of the quality of those assets (beyond their general credit rating, we don’t know what the assets are). In fact, controversy erupted when the Chinese real estate bubble started to burst, as rumors arose that some of Tether’s asset backing had been invested in Evergrande commercial debt. Nobody knows for sure whether this is true, and that is precisely the problem. The company denies it but does not publish its balance sheets.

At the time of writing, Tether has been trading below par for almost 24 hours. It remains to be seen whether the parent company will manage to stabilize the value of its stablecoin, but it has not yet managed to do so. That, coupled with its continued reluctance to publish its balance sheets, does not bode well for the future of the popular stablecoin.