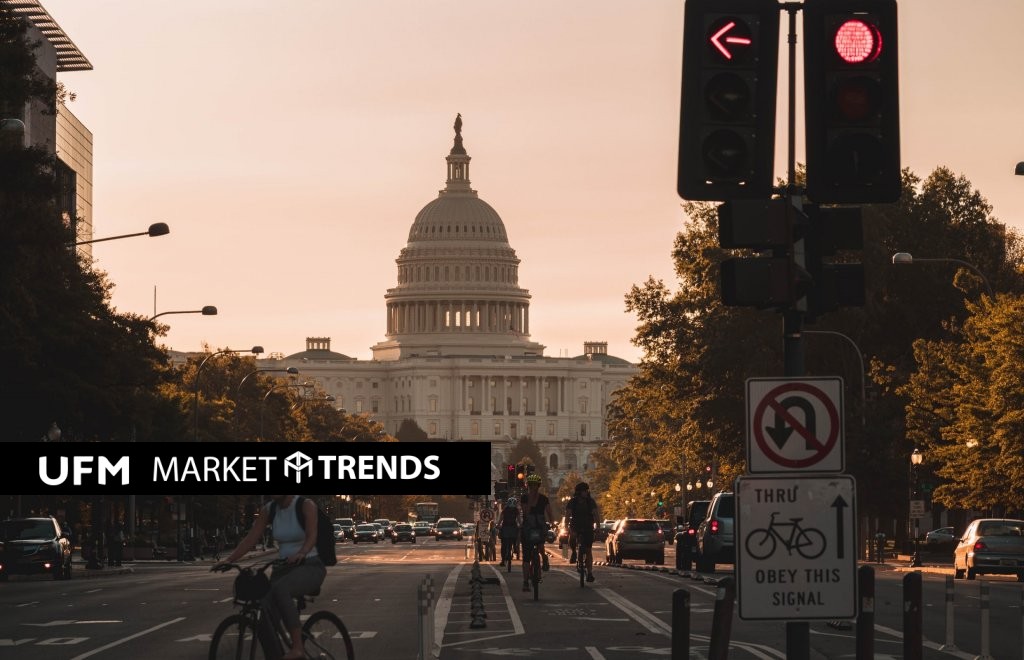 The United States recorded a 0.9 percent drop in GDP during the second quarter of 2022. Coupled with a 1.6 percent drop in the first quarter, the US has officially entered a      recession. The new GDP data confirm the suspicion held by many, including the      Federal Reserve itself, that the crisis is far from over.

The Consumer Price Index (CPI) recorded a      9.1 percent year-over-year increase in June 2022 and a 1.3 percent gain in the last month alone. The US features the highest inflation rate in forty years and, now, a stagnant economy. This combination is the precursor to stagflation.

Stagflation is defined as an economic crisis accompanied by high inflation. It occurred during the 1970s when the energy crisis hit the United States. History tells us that there is a risk of stagflation when three factors are present: high inflation (significant increases in the CPI), negative economic growth (as measured by GDP), and high unemployment.

Two of the three ingredients for stagflation are present. The relevant questions then are these: What will happen to unemployment? What can we expect if we see stagflation? Answering them is the purpose of this article.

Unemployment Is Higher than It Seems

US unemployment has returned to prepandemic levels, which, at first glance, is reassuring. However, this indicator omits an important factor. The unemployment rate is the number of unemployed workers as a percentage of the labor force. Therefore, we should analyze the labor force.

Figure 2 shows the changes in labor force participation over the last ten years.

There are multiple explanations for the drop in labor force participation. One is that there are simply fewer people of working age, which naturally decreases the labor force. Another is that with fewer job opportunities, some people stop looking for work, so they are no longer considered unemployed.

In order to examine the first explanation, consider how the working-age population (ages fifteen to sixty-four) has changed, as shown in figure 3.

The relevant section in the figure is the period from January to June 2020. Figure 3 indicates that the number of people of working age has actually grown and is above its prepandemic level. This fact should cause labor force participation (figure 2) to be higher than before the pandemic, but that did not happen.

Therefore, while there are more people of working age, a smaller percentage of them are looking for work. So the reason that the labor force has decreased does not have to do with the number of people.

I propose that labor force participation has declined because people of working age have stopped looking for work. In calculating the unemployment rate, a person must be constantly looking for work to be considered unemployed. This entails submitting at least one job application every three months. If someone of working age does not do so, they are neither employed nor unemployed. In the unemployment calculation, it is as if they do not exist.

How to Deal with Stagflation

As noted, stagflation is defined by high inflation, an economic crisis, and high unemployment. The first two criteria are already a reality, but the third may not be far behind. It is too early to declare a state of stagflation, but we would do well to consider it a possibility.

The stagflation story of the 1970s provides insight into how to handle the current situation. Paul Volcker, then chair of the Fed, decided to raise the interest rate to control inflation, accepting the recession this move would produce. The Fed’s current decisions reflect a similar pattern, given that they raised the benchmark interest rate by 75 basis points at the July 2022 Federal Open Market Committee meeting. However, this measure is far from being a real solution. Figure 4 shows the path of the Fed’s benchmark rate since 1970.

The last interest rate increase (75 basis points) put the rate around 2.5 percent. Figure 4 shows that the increase is still relatively minor compared to what was needed during the 1970s (Volcker increased the rate to about 20 percent).

While this measure may be considered excessive forty years later, it was necessary to control uncontrolled inflation. The question is how similar our situation is to the 1970s stagflation. Figure 5 shows the inflation rate since 1970.

Figure 5 shows that the inflation rate is dangerously close to the levels of the 1970s crisis. A comparison of figures 4 and 5 reveals two facts: (1) a significant reduction in inflation since 1980 as a result of Volcker’s policy, and (2) a large difference between Volcker’s policy and the Fed’s current policy.

The inflation rate in June 2022 was about two-thirds of the rate recorded in 1970, so we would expect a similar response from the Federal Reserve when it comes to raising the interest rate (something that has not happened yet). The current interest rate is only a tenth of what it was in the 1970s, so this crisis needs a more direct response. The way things are going, the outlook is not good. If the Fed understands this, we will most likely continue to see interest rate hikes this year and next.

The US economy is in an extremely delicate position, and it has to play its cards right to stop inflation. One option is to use interest rate policy. This article focused on how the Fed is underestimating the problem of inflation.

While I have argued that the Fed should pay for its irresponsible policies, I am not in favor of triggering a crisis. However, we must recognize that inflation in the long term is more costly than a recession in the short term.

It is too early to declare a state of stagflation, but it may become a reality if the Fed takes too long to end the current recession.