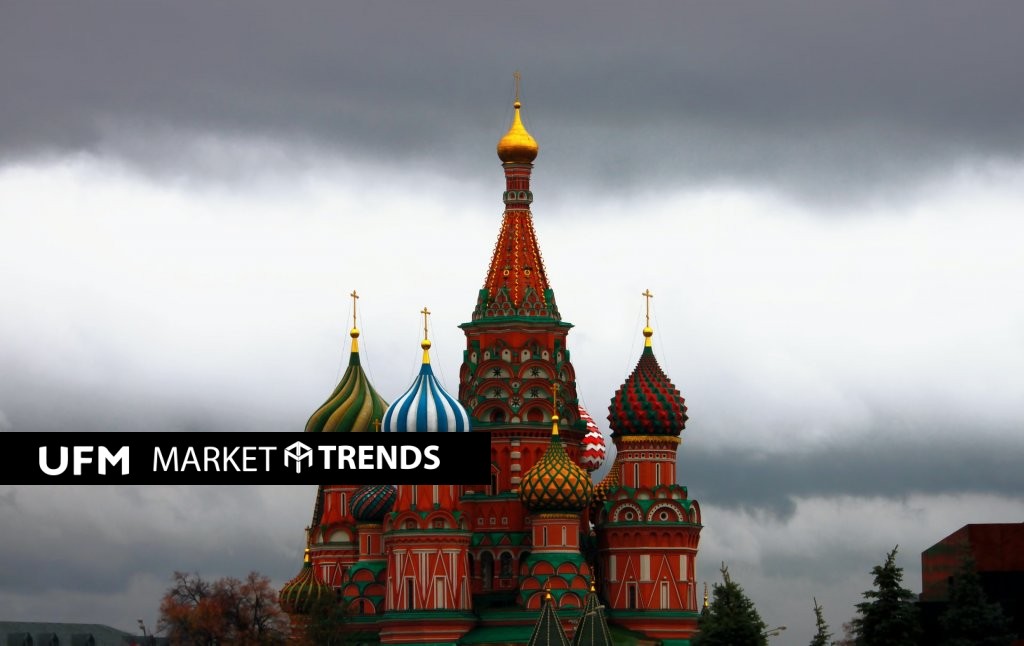 A series of economic sanctions have been placed on Russia since it invaded Ukraine. We will examine the sanction that could possibly inflict the most damage on a receiving country’s economy, one that has been used very rarely because of the seriousness of its consequences.

The US can impose one of the worst sanctions imaginable in today’s world: removing countries from the SWIFT (Society for Worldwide Interbank Financial Telecommunication) international payments system. Practically all countries and more than eleven thousand financial institutions are part of this system.

What Happens if a Country Is Kicked Out of the SWIFT System?

Iran’s financial system was kicked out of SWIFT in 2012 as retribution for Iran’s development of its nuclear program. It lay outside the international payments system for a whopping four years.

In 2012 alone, Iran’s exports fell 28 percent and its GDP fell by 7.5 percent. Iran’s current-account balance—the amount of foreign currency generated through exports, remittances, or returns on foreign capital—fell from $60 billion to $21 billion.[1]

The impact of the sanction was enormous. Why is such a sanction so devastating? Being kicked out of the SWIFT system means one cannot carry out international transactions using the financial system, which functions as a kind of clearinghouse for transactions between countries. When a person makes a purchase abroad, the money does not actually travel abroad. Rather, the financial system “searches” for another person who wants to carry out an offsetting transaction (that is, a foreigner who wishes to make a sale in the purchaser’s own country). This way, money outflows are offset by inflows.

If a country is kicked out of the SWIFT system, it is no longer part of the largest network of clearinghouses in the world. Therefore, it becomes very complicated to send or receive foreign payments. It is subject to an incredibly effective and fairly inexpensive de facto economic blockade.

Can a Country Trade with Other Countries if It Has Been Kicked Out of the SWIFT System?

A country can still trade with other countries, but it is far more complicated. It is still possible to find countries that are not aligned with the sanction-imposing countries and trade with them. It is even possible to carry out exchanges with agents in countries in which the SWIFT system operates; however, the exchange must be by barter. In other words, most transactions are no longer carried out or have to be carried out on a bilateral basis in which the financial systems of two countries agree to compensate one another through the credit system. Therefore, both trade and payments fall to a fraction of what they were.

Do US Sanctions Include Sanctions on Russian Banks?

The sanctions the US has just approved do include serious sanctions on the largest Russian banks. Specifically, the five largest Russian banks will not be able to use US banks to clear financial transactions. They have not been removed from the SWIFT system; rather, the US has placed a limit on the number of banks with which they can clear transfers within the system. In other words, Russia still has access to the system, but the number of counterparties has been restricted.

Some analysts believe this is a significant punishment for the Russian financial system since the majority of global trade is conducted in dollars. Although this is the case, it is also true that practically all banks in the world are capable of carrying out transactions in dollars without needing to have a bank based in the US. Therefore, analysts are either seeking to confuse us or do not know what they are talking about.

However, this measure will have some effects that will impact the Russian financial sector. By impeding transfers with US banks, the sanction creates a barrier to trading with the US. It is not impossible to trade with the US, as any importer or exporter based in the US with businesses in Russia could pay its trading partners from a European bank account in dollars, for example. Some analysts once again link this sanction against the Russian financial system to a US trade blockade on Russia, but, again, this is incorrect. It certainly hinders trade, but it does not prevent it.

What this sanction does achieve is to freeze Russian banks’ assets in the US. Any such asset will continue to be a Russian bank’s property; however, since the bank cannot make transfers from the American banking system, it will not have access to those assets until the sanctions are lifted. This could inflict a great deal of damage on the Russian financial system should it need those funds. However, nobody seems to be taking into account that sanctions have been placed only on the five largest Russian banks, not all of them. So the banks that have been sanctioned could use the rest of the Russian financial sector to get their assets out of the US. In short, they still have a way of accessing their frozen assets in the US.

The sanctions imposed on Russian banks are more for show than anything else. Although the rhetoric has been grandiose, the measures are in fact too limited to do any damage to the Russian economy. I assume policy makers have taken this course of action to keep an ace in the hole that could significantly damage the Russian economy: kicking them out of the SWIFT system.

[1] Data from the International Monetary Fund