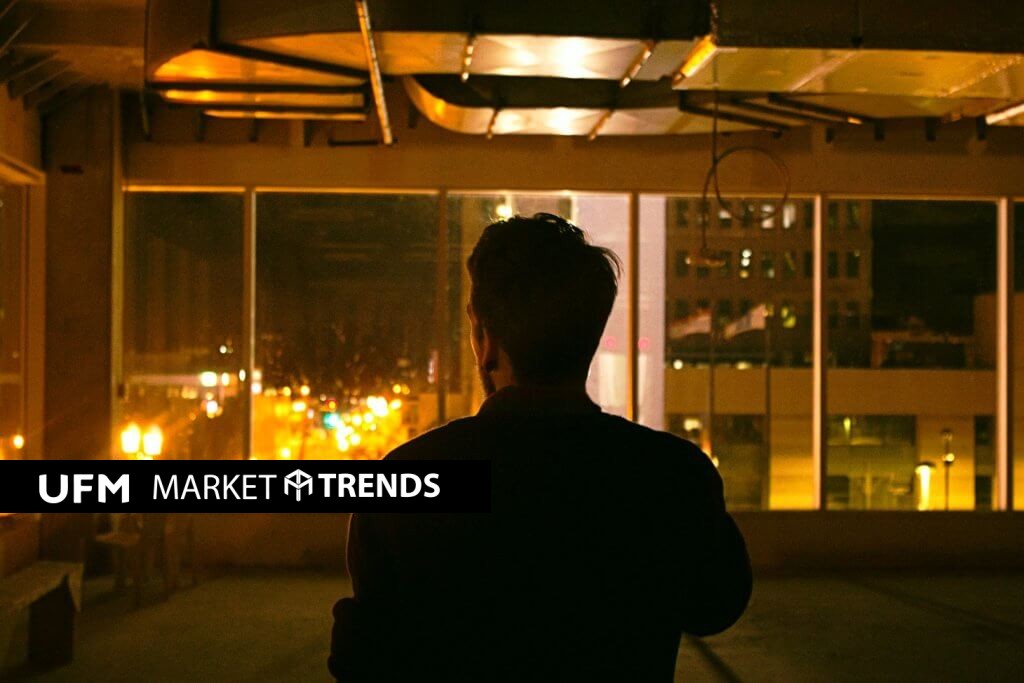 The 2020 recession, which many countries are still going through, now has an “official” name: the Great Lockdown. In economic terms, the public sector’s response in practically all countries has been very swift and bold (which is not necessarily a good thing).[1] This has caused the global public debt to skyrocket as never before. As a result, now more than ever, it is necessary to emphasize the dangers of public debt.

During the economic expansion that ended in 2020, the public sector in most countries was almost totally complacent about deficit spending. Levels of public debt shot up practically everywhere. So public debt in the Great Lockdown was considerably greater than in the Great Recession in all of the major regions of the world.

The Debt Resulting from This Recession Is Unparalleled

The public sector has responded to the Great Lockdown recession with a fiscal expansion unparalleled in history. In 2009, the year with the largest fiscal deficit during the previous recession, global public debt increased by 10.5 percent of GDP. In 2020, global public debt increased by 18.7 percent of GDP.[2] Across all regions we can see a huge contrast between the current recession and the Great Recession. Even countries in Latin America, which ran only moderate deficits in the previous recession, have significantly increased their debt as a response to the Great Lockdown of 2020.

Advanced economies accumulated 50 percent more debt in 2020 than in the ten previous years combined, an unprecedented figure in peacetime.

The amount of public debt accumulated since the beginning of the twenty-first century would have left the most insightful commentators of a century ago at a loss for words. However, the wealth and income attained this century would have also left even the most optimistic of our great-great-grandparents speechless. Accordingly, while it might seem that public debt is growing uncontrollably, since wealth is also growing exponentially one could conclude that the debt does not pose a problem because we are generating the resources with which to pay down the debt. However, in most parts of the world, public debt has grown faster than the economy. Only in emerging markets is the economy growing more rapidly than public debt is. 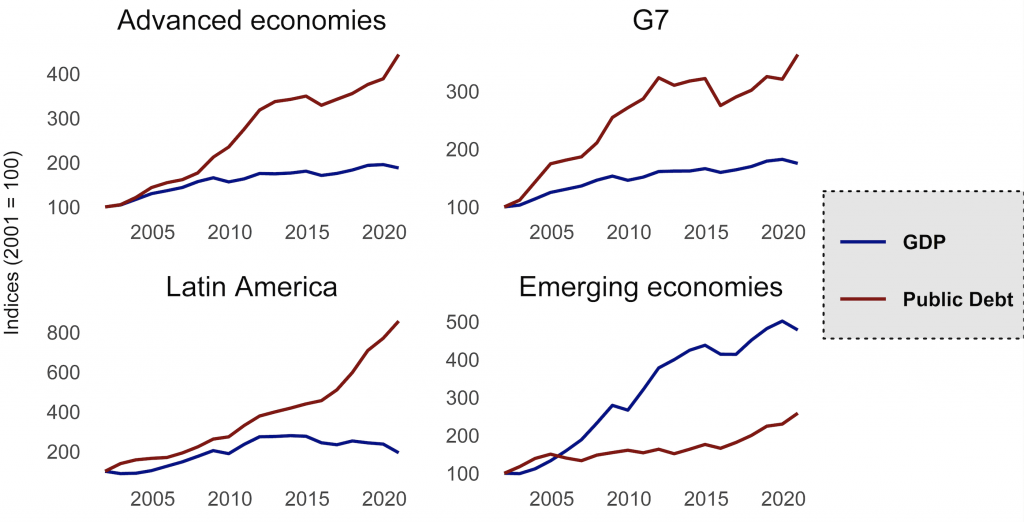 Source: Prepared by the author with data from the International Monetary Fund. Debt and GDP in 2001 dollars were used to calculate the indices (as it is the most appropriate way to compare ability to pay).

The good news is that emerging economies, as well as sub-Saharan Africa, the Middle East, and ASEAN-5,[4] are increasing their debt at rates significantly lower than their economic growth rates. Unfortunately, advanced economies’ enormous accumulation of debt has not been offset by the reduction in debt (relative to the size of the economy) in emerging markets.[5]

In this first article on the development of public debt since the start of the COVID pandemic, we have demonstrated that the accumulation of public debt may be reaching a point of no return for the world’s major economies. The debt accumulation was already unsustainable prior to 2020, but the Great Lockdown has triggered an explosive increase.

The second article will analyze the problems this excess public debt will cause.

[1] A swift and decisive response to stop the spread of the virus while avoiding monetary and fiscal expansions would have been preferable.

[4] The last two regions are not included in chart 4.