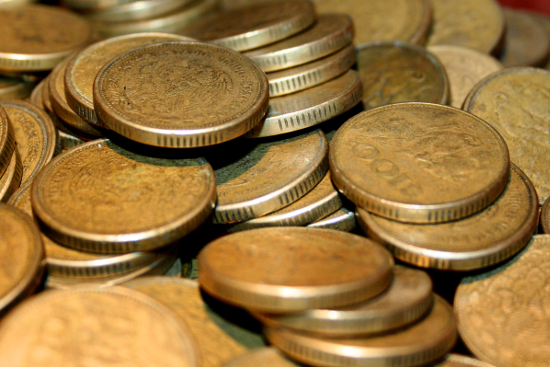 Throughout the last few weeks of September a particular news story has outshined all others; that is, the collapse of the Mexican peso. The news, however, is not new: the phenomenon of the peso’s depreciation has been present in Mexico for several years. The exchange rate of the Mexican peso to the US dollar has decreased since the last quarter of 2014, as shown Graph 1. However, it was only during the last few months of 2016 that the trend of 20 pesos per USD was established. On Monday, September 19 the historic milestone of 20 pesos per USD was surpassed, while the exchange rate of Banxico to settle debts reached its lowest of 19.8394 pesos per USD on Septermber 23, 2016. As detailed in the last quarterly report of Mexico’s economy by UFM Market Trends, the factors that caused the depreciation of the peso include the following: trade balance problems caused by a decline in oil revenues due to low international prices and a decrease in production; a declining flow of foreign investors; the geopolitical factor of the US elections, as well as Donald Trump and his anti-trade policies with Mexico; short positions against the peso; and finally, how the Mexican peso is the most liquid currency in emerging markets. 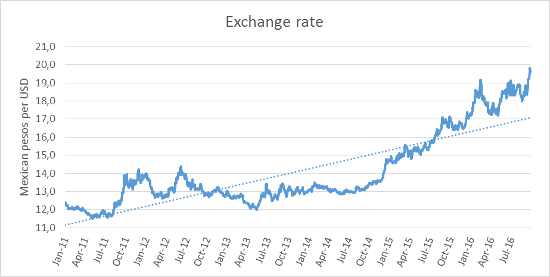 Banxico’s Reaction and the SHCP

The Secretariat of Finance and Public Credit (SHCP) and the Bank of Mexico (Banxico) form Mexico’s Exchange Commission—a body that sets criteria for provisions relative to foreign exchange transactions and determines the exchange rate at which to calculate the equivalence of the Mexican peso to settle payment obligations in foreign currencies. By law, the commission must respect the Mexican currency’s free floating policy, making it impossible to defend a particular exchange rate and is forced to respect the trends that mark the foreign currency market.

The apparent lack of action against the peso’s depreciation is partly explained by the floating exchange rate. Furthermore, the commission is on “standby mode” after analyzing the negative context that led the peso to these historical levels. The US presidential elections are also a key factor, as the exchange rate’s normal level will remain uncertain until it is known who will be president and whether Donald Trump’s policies against trade with Mexico and immigration will be applied or not. The commission has spent more than seven months without selling dollars to the market—the last time it did it was during the week of February 19, 2016 and sold 2 billion USD. Seeking an exchange rate in the market could be counterproductive because of the peso’s difficult situation, which presumed to continue in the future.

Banxico has dealt with the depreciation by intervening and raising the benchmark rate this year to 3.75% in February and to 4.25% in June. To this date, the last change made was on September 29, when the rate was increased to 4.75%. Raising rates decreases the peso’s liquidity, therefore raising the exchange rate. These benchmark increases have helped lower the depreciation but they have not change the overall trend. The last time the benchmark was raised the effect was not significant, as the dollar got stronger during those days.

Another one of Banxico’s tools is the international reserves, which have increased by the halt of dollar sales and a newly acquired credit line with the IMF. Despite the peso’s great liquidity in international currency markets, a direct intervention such as this could not cause many effects and may en up being a waste of reserves.

During the last days of September, the peso improved its price against the dollar. Hillary Clinton’s victory in the first presidential debate improved the peso’s position in foreign currency markets because as Hillary’s chances of winning the election increase, the peso’s situation improves. The main rise of the peso, however, was due to the OPEC’s agreement to reduce oil production and raise the price up to 10 dollars per barrel, according to analysts at Goldman Sachs. After 8 years of disagreements, the largest oil producer group agreed to limit production in order to raise international prices. OPEC also claimed it is considering talks with other countries that do not belong to the group for them to limit their oil offer. For Mexico, this means the entrance of more dollars through oil. However, given the country’s low oil production, there could not be a significant increase over time.

Are exports benefiting from the low exchange rate?

Excluding OPEC’s deal, it appears that the depreciation will continue given the rise of the depreciation and the lack of response form authorities. With this in mind, some consider the depreciation of the currency to be a good way to boost the country’s exporting sector. However, empirical evidence shows this is not true. The depreciation of the peso has not triggered exports, as shown in Graph 2. Factors such as the low external demand, the IMF, and a slow economic recovery have influenced the decline in exports. Yet, it is important to note how a depreciated currency is not a good incentive to exploit the alleged competitive advantage awarded to depreciation. This supposed advantage is based on how the prices in pesos will remain stable, but as the exchange rate generates more pesos per dollar, in theory, more economical production would be generated. 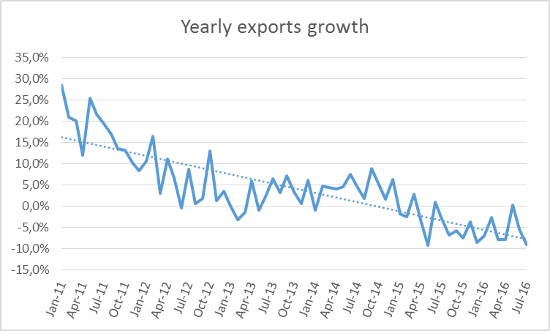 Mexico has had a peculiar situation with its depreciated exchange rate, yet it is not severely reflected in the increasing levels of consumer prices (CPI). Nevertheless, this situation seems temporary, since the producer price index (PPI) has increased since early 2016. The PPI is a leading indicator of inflation, and this inflation will gradually move production processes towards consumers. The CPI and PPI growth are shown in Graph 3. Moreover, the depreciation will eventually affect price levels because of the rise in prices of imported goods, forcing the productive chains to also raise their prices. As a piece in The Economist mentions, some Mexican companies are beginning to assess whether prices will rise at the end of 2016 due to the depreciation. 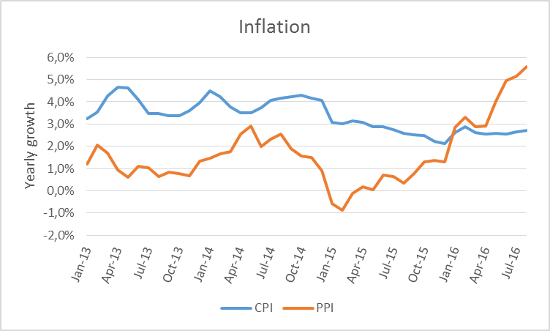 Source: Data from INEGI and Banxico

Mexico’s position and its depreciated currency is not unique in the world; since 2014 Japan has also lost about 28% of the yen’s value against the dollar and its exports have fallen around 10% since. The UK has also had a similar situation: since 2009 the pound has depreciated 19% against the dollar and in that period exports to the US fell by 26%, according to Bloomberg. In fact, for every 10% depreciation—adjusted to inflation— of the currencies of the 23 advances economies, exports increased only 0.6% of GDP.

Clearly, the simple depreciation of the Mexican peso against the dollar does not serve as a measure of industrial and business competitiveness. The only way to improve the ability to compete in international markets is by promoting the creation of value. Mexico is making efforts in this regard, although at a slow pace. The World Economic Forum (WEF) placed Mexico at 51 out of 138 in its latest Global Competitiveness Index, highlighting the country’s technological capabilities and the efficiency of its goods market. The Mexican economy does not need a cheap peso to compete: the country should adapt to the new exchange rate and Banxico should prepare to deal with inflationary pressures that will hit the economy sooner or later. In the coming months, we will see the reaction of the economic agents to the behavior of these macroeconomic variables.