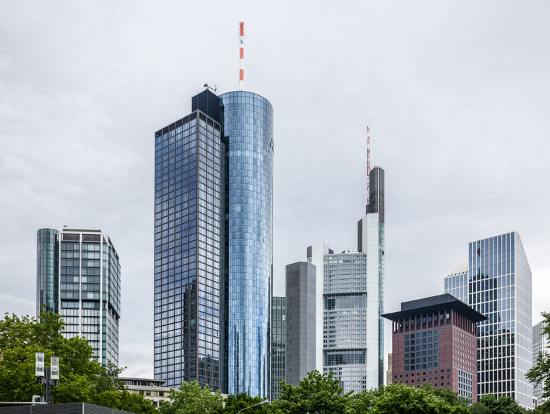 The alarms have sounded with the rise of a new Lehman Brothers, only this time on the other side of the Atlantic. Panic has taken hold of investors and a possible new crisis and subsequent global recession is on the horizon; one similar to that of 2007/2008.

Deutsche Bank has presented its 2015 year-end report and the results have shown to be a letdown. The largest German bank has reported its first loss since 2008 and not just any loss, but a loss in the excess of 6.8 billion Euros (compared with a 1.7 billion Euro gain in 2014). These losses, resulting from one single year, make up a whopping 9.3% of the bank’s capital. These numbers are cause for clear dismay.

In fact, the stock price has continuously dropped since the 3rd quarter of 2015 and has lost more than 50% of its value. Although it may seem that the beating that Deutsche Bank has taken in the stock market is completely deserved, we will see why this is not necessarily the case. 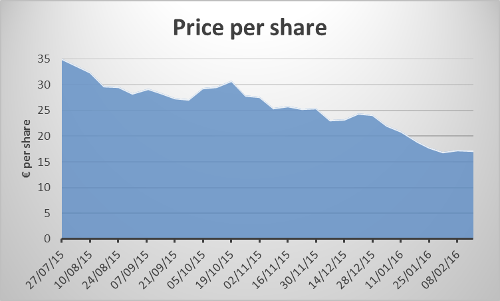 In order to correctly analyze the viability and current status of Deutsche Bank, we must first take a look at the source of the losses.

First off, we can see that a large portion of these losses has come as a result of litigations. We must remember that Deutsche Bank is currently involved in legal proceedings due to its manipulating Euribor interest rates. In 2015 alone, these proceedings came with a price tag of almost 5.2 billion Euros compared with 2 billion Euros in 2014. Nearly half of the reported losses in 2015 originate from these litigations. Whether or not Deutsche Bank deserves to have paid so much in legal fees for the supposed manipulation of Euribor interest rates, what is undoubted is that these costs are not the norm for them, meaning that had the cost of these litigations not been so high, it would not be putting the bank’s future at risk. 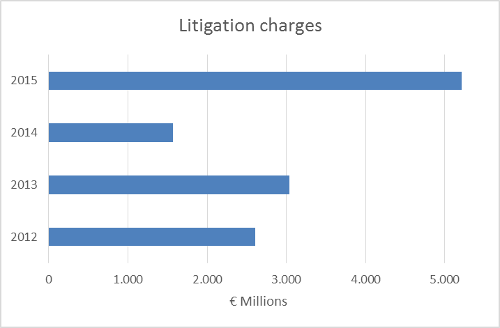 Then we have the 5.8 billion Euros in impairment of goodwill. The main reason for this is regulatory changes implemented by the European Central Bank which basically raises the minimum capital required. Also important when studying this case is the accounting rate used by two other participant banks (one being Chinese and one German). Just as with the legal costs Deutsche Bank has seen, this cost, as important as it may be, is also an exception. 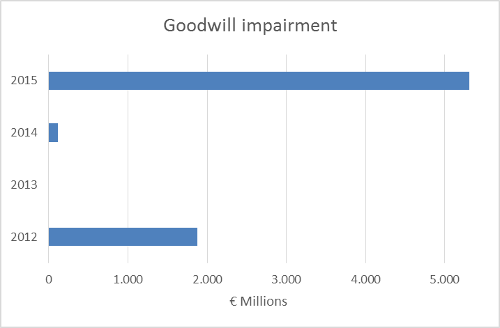 Taking these unexpected and enormous costs into account when evaluating the Bank’s future is what half of the world’s investors fear most. Nevertheless, if we consider only current expenditures we can interpret these results in a completely different manner. 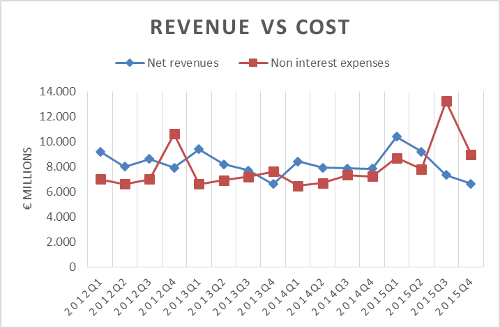 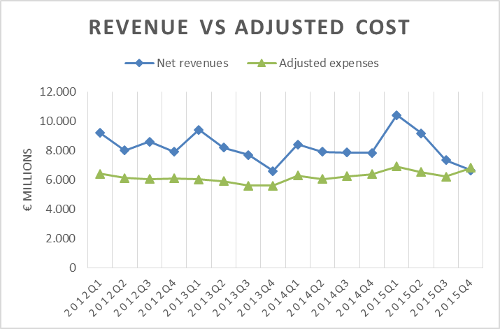 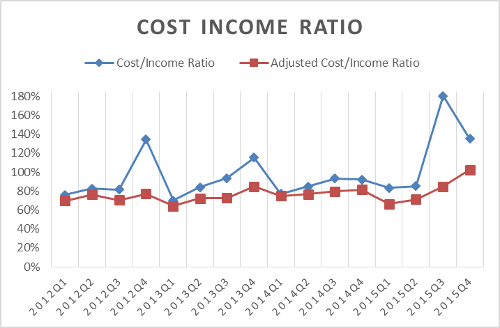 If we consider only current expenditures, the bank’s situation becomes much less dramatic than it currently seems, and in the end, the future of the bank really depends on this and not so much on unexpected and unordinary expenditures. We see that even with the adjusted expenditures, the bank entered the last trimester with losses and the adjusted cost/income ratio rose above 100%. What is especially concerning are the trimestral net incomes which are the lowest that can be seen here.

We can also analyze the performance of Deutsche Bank’s credit portfolio. Upon doing so, we see that the NPL rate steadily decreases during 2014 and 2015 from 2.7% to 1.9%.  The allowance in the case of unpaid loans rises more so than the amount of uncollectible accounts, which causes unpaid coverage to also increase in a stable manner, from 41.5% in 2012 to 61.7% in 2015. In summary, the credit portfolio, far from impairment, has seen an increase. 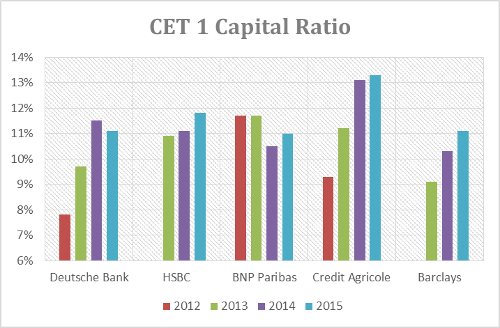 In order to analyze the general status of Deutsche Bank, apart from its profits and credit portfolio, we must also analyze its standing in terms of liquidity and equity. Let us first take a look at the bank’s capital after being adjusted for risk assets.  If we compare it with the capitalization of the top 5 European banks, we see that, if in fact Deutsche Bank does not have the highest capital ratio, it cannot be in as much trouble as reported and it complies with Basilea III requirements with ease (10% minimum). 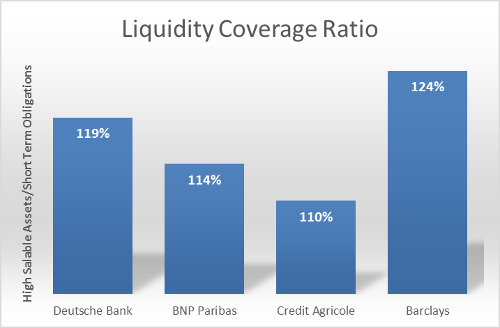 Deutsche Bank’s liquidity status has been put on trial in recent weeks. However, we see that its Liquidity Coverage Ratio is better than its European counterparts with the exception of Barclays Bank. It can only be assumed that this measurement of liquidity is inexact and that in reality it is a measurement of negotiability since the assets considered to be high liquidity are actually long term but with lots of marketability (very negotiable). Before any systematic event, negotiability can vanish and a large portion of assets can end up not being used when making required payments. In either case, with incomplete financial information available and a lack of a better indicator, we can conclude that Deutsche Bank’s liquidity is no worse than other large European banks. 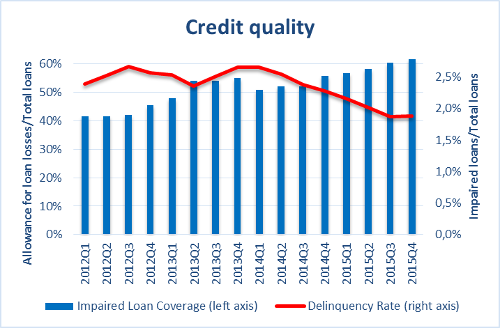 Without a doubt, Deutsche Bank is not the new Lehman Brothers, the majority of its losses in 2015 were not structural but rather sporadic and unexpected, its credit portfolio has not worsened and its capitalization and liquidity are in line with other large European financial institutions. Nevertheless, Deutsche Bank is certainly confronting significant problems. The first and most important being a large decrease in operating revenues to the point where it is currently experiencing structural losses. It also appears that litigation costs will not be diminishing in the near future. (Morgan Stanley expects Deutsche Bank to see 3.9 billion Euros in legal expenses in 2016 and 2017).