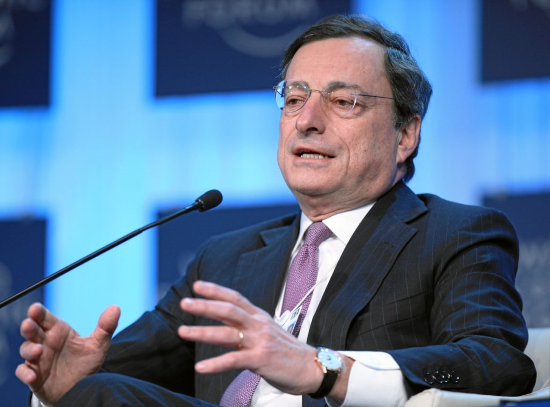 This article is an excerpt from UFM Market Trends’ report on the second quarter of the Eurozone economy.

However, the Eurozone is operating at two different speeds: Spain and Ireland lead the area’s economic growth figures, while Greece remains in a recession. 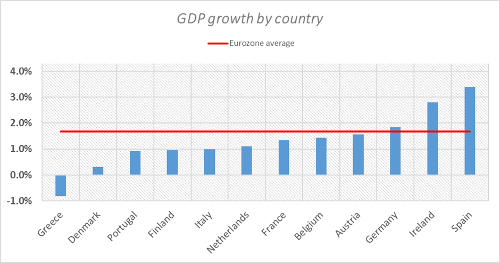 Source: Eurostat. Data for the first quarter of 2016

The leading indicators of economic activity clearly show economic progress. For example, the Purchasing Manager’s Index (PMI) remains positive with a reading of more than 50 points, showing the expansion of the economy. 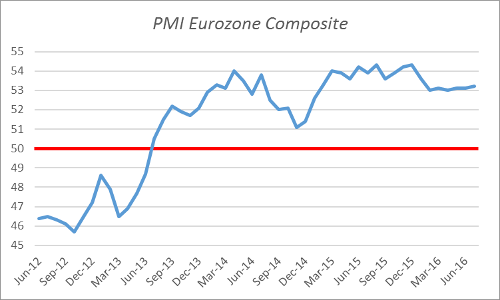 Employment rates are improving considerably. Unemployment reached 10%, the lowest level since the debt crisis of 2012. The employment rate—for employees between 20 and 65 years of age—has had an increasing trend since mid-2013.

The negative figures come from the financial sector, particularly from banks. The sector has 2012 stock levels—full debt crisis levels—and so far this year it has lost more than 30% of its market value.

This behavior is caused by the ECB’s “blackmail” of the banking sector. Negative interest rates and quantitative easing are forcing banks to increase in loan and investment portfolios—if banks refuse to do this, the ECB will impose a fee on their excess reserves (for a full explanation, refer to the report). Market Trends estimates that in one year, the damage of the bank’s income will increase from 7.5% to 13% of the total profits of the banking sector.

Recent developments in the Eurozone’s banking system have also caused a small rebound in the financial systems of Italy and Spain. However, the financing extended by the ECB is more expensive than that provided by the market. If this indicator continues to rise, it would mean serious banking problems. 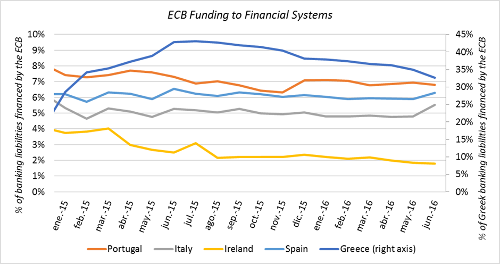 The yield curve spread is also worrisome, as it approximates zero; this indicator has been capable of predicting all of the crises and recessions since the 60s. Each time the indicators has fallen bellow zero, a crisis develops in less than a year.

A brighter side of the picture is shown by fiscal consolidation, as its efforts to reduce the public deficit have succeeded and the Eurozone’s deficit is currently found under 2%. All of the countries have been successful in declining their public deficit, although at different rates. Yet, there are countries that continue to have significant imbalances, particularly Greece, Spain, and Portugal. 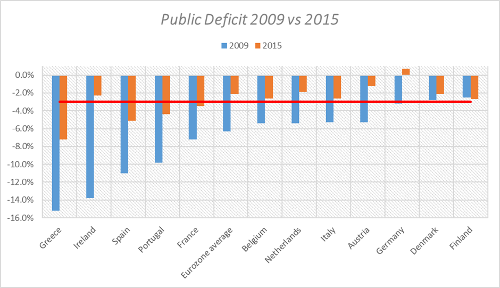 In short, the private sector has done its job: it has been able to reduce debt and create wealth. The public sector has fallen behind, as countries still have significant public deficits. These differing results are caused by the ECB, whose monetary polies keep imposing great costs and destabilize the banking system. To make matters worse, if the banking system continues to remain unstable, past experiences have shown that it could lead to an economic crisis.