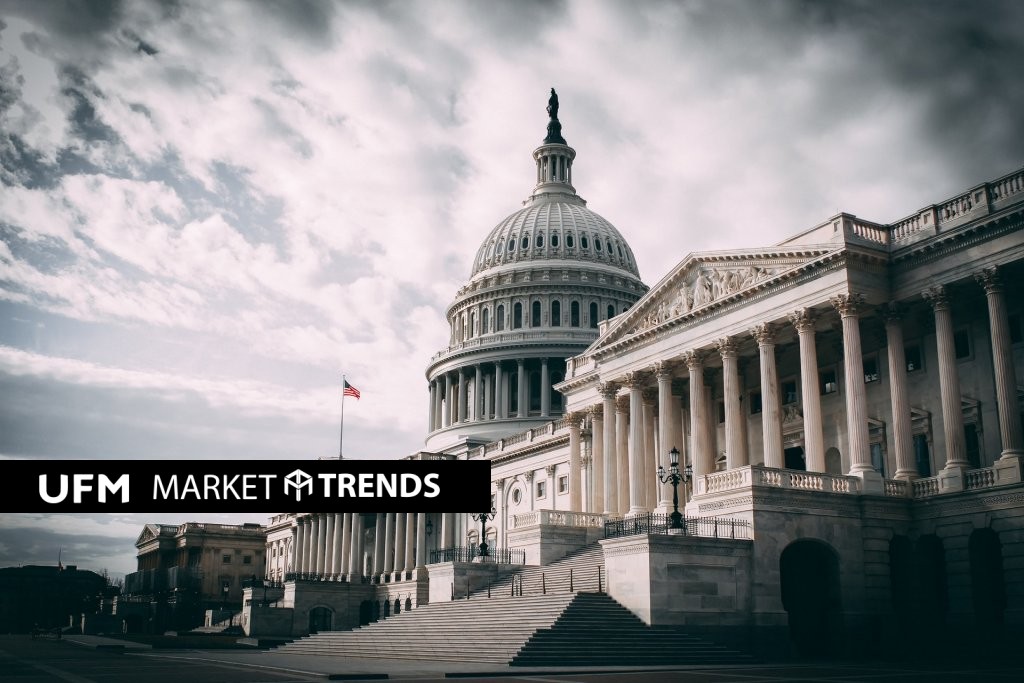 For some time now, we at UFM Market Trends have been warning that the economic measures taken in 2020 were going to cause problems in the long term and have predicted both recession and inflation. We are now in the long term.

The major difference now is that the world’s most important central bank, the Fed, is announcing that serious problems are looming for the world economy and that a recession is more than likely in the United States as early as this year.

This article analyzes the recent rate hike and concludes with the economic outlook of the Fed itself.

The Fed Issues the Biggest Rate Hike since 1994

On June 15, the US central bank raised rates very aggressively, by no less than 0.75 percent. This is its most dramatic move since 1994.

Why implement the biggest rate hike in almost two decades? The answer is obvious: to curb inflation, even at the cost of triggering a recession. US inflation is already persistently above 8 percent per year.

Inflation is soaring almost everywhere in the world. Not coincidentally, virtually the entire world has pursued exactly the same policy of unprecedented fiscal and monetary expansion since 2020. Inflation is growing and, moreover, is consistently higher than the market’s forecast consensus. 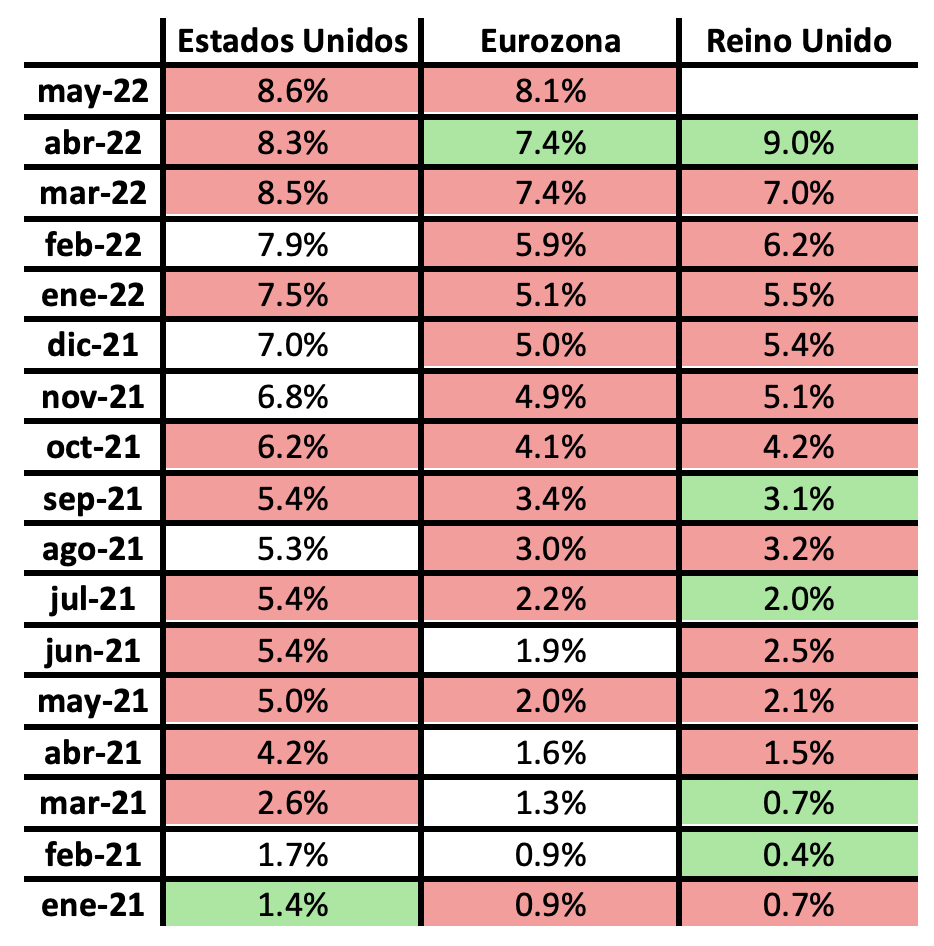 Although explaining interest rate differentials is beyond the scope of this article, suffice it to say that central banks more or less directly control very short-term interest rates (the money market) while only indirectly influencing longer-term rates.

With this in mind, market interest rates have been rising since October 2021, yet the Fed kept its monetary policy rate unusually low until March 2022. This can be seen in detail in the next chart. 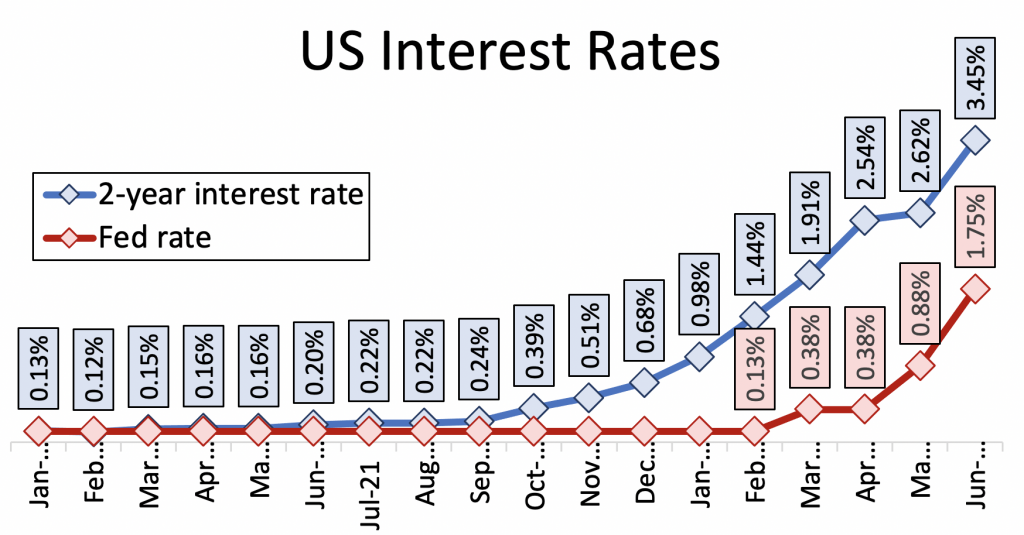 In other words, pressure was building in the financial markets and the Fed was not responding in any way. Considering the now-almost-incurable public deficit, it is only natural that the Fed did not want to raise rates. Central banks are just another extension of political power, no matter how technical their reports may be. Raising rates can hamper states’ policies of giving away money, and central banks have bowed to states’ demands.

It is true that the energy component of inflation is very large, and that is, in part, because of the war in Ukraine. Something similar is happening with food. However, inflationary pressure was building before the war began. And the prices of practically all items are rising, not just food and energy. Thus, the war is by no means the only explanation for the current inflation. The fact that central banks have decided to intervene aggressively is proof that there is room to act to lower inflation through monetary policy. This can also be interpreted as an admission by central banks of their culpability for the world’s current inflation.

Next, we examine how the Fed expects the economy to perform in the near future.

In Fed chair Jerome Powell’s statement announcing the decision to raise rates, he used the phrase “soft landing.” By this, he meant that he expects the rate hike to lower inflation without causing a recession.

Powell does expect the rate hike to hamper economic activity but does not foresee a recession. He also noted that unemployment would rise in the near future.

However, none of these comments are breaking news; we have known all this for a long time. Central bankers, in their public interventions, say what market participants want to hear. The objective is, of course, to avoid a financial panic.

Let us look instead at what the Fed’s own leading indicators of activity show—that is, what the Fed publishes and not what it says.

The Atlanta Fed publishes an indicator called GDPNow. It is not a forecast of growth but rather a real-time estimate of GDP. It is a collection of leading indicators that are published before GDP is reported. Many of these indicators are part of the GDP figure itself, while others simply correlate well with certain elements of GDP. For example, one indicator included in GDPNow is international trade, a component of GDP. Also included in GDPNow are the employment situation and price evolution. Both give us an idea of what is happening in the economy even though they are not directly included in the GDP calculation. Based on these data, the Atlanta Fed reports the quarterly GDP estimate long before GDP data are available.

Consider what the Fed itself is telling us is going to happen to US economic growth. 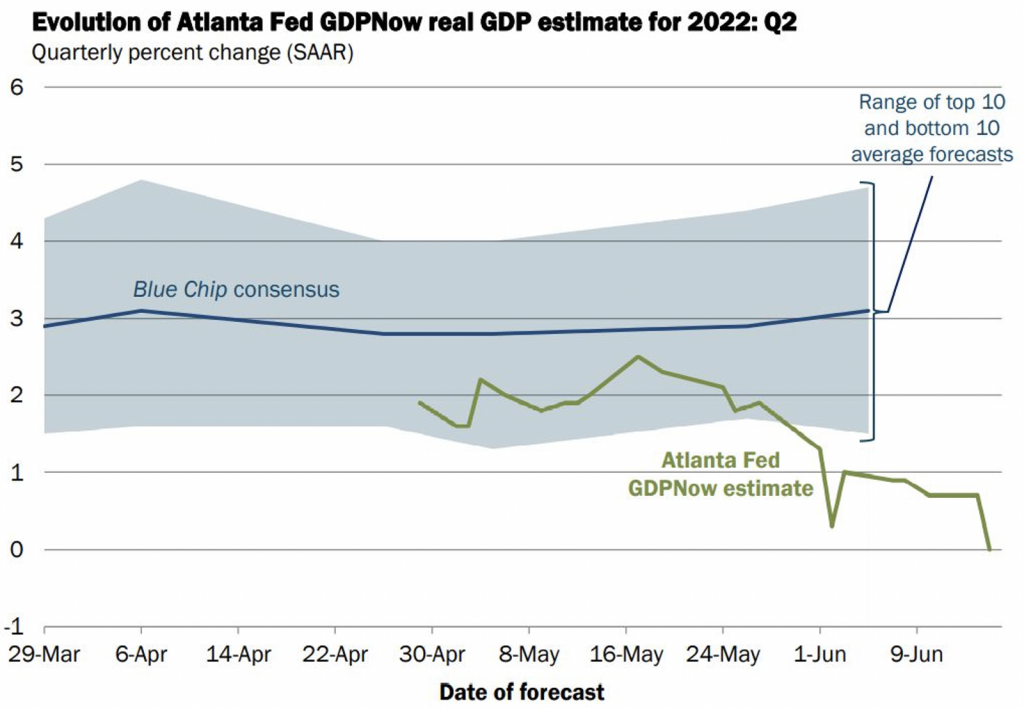 As can be seen in the above chart, the Fed has gradually revised its growth expectation to 0.0 percent as new indicators have emerged. The Atlanta Fed itself noted on June 15:

Thus, while the Fed chair is talking about a soft landing, the Fed is reporting that economic growth will be 0 percent.

The formal definition of recession refers to two consecutive quarters of declining GDP. The US already saw its GDP drop in the first quarter of 2022 (a completely unexpected decline). If GDP also decreases in the second quarter of 2022, the US will officially enter a recession.

GDPNow data should be taken with some caution, as it would not be the first time they have been wrong. However, the GDPNow estimate tends to err less the closer it is to the publication of GDP data. 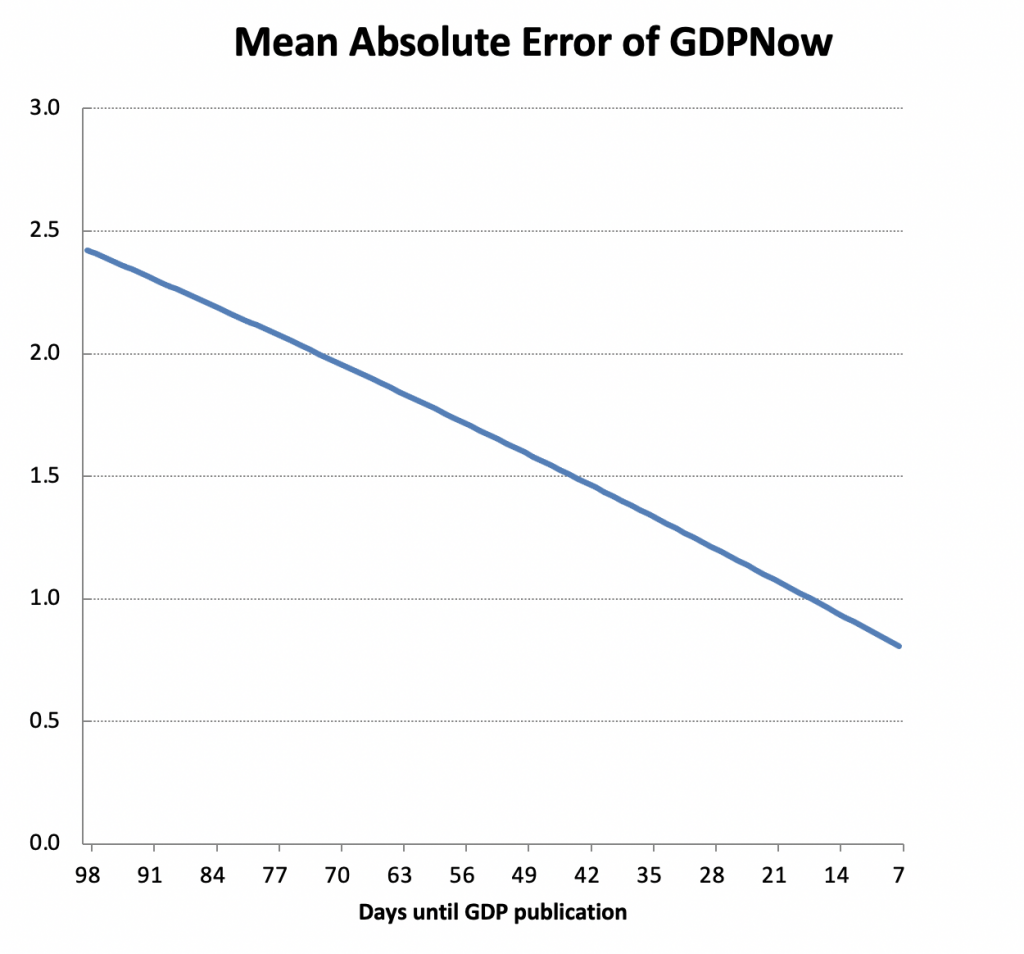 Right now we are about a month and a half away from the release of the first second-quarter estimate of GDP in the US, so it is too early to know for certain whether we are mistaken. However, economic indicators seem to be deteriorating by leaps and bounds, and the rate hike is not going to improve this situation.

Major economic indicators are worsening fast. This is what the financial world was already anticipating, which is why the world’s stock markets are suffering greatly.

We are currently feeling a hangover from the bad economic decisions made in 2020. Unfortunately, there is no such thing as a free lunch, and now we have to pay for the lunches we enjoyed and thought were free in 2020.