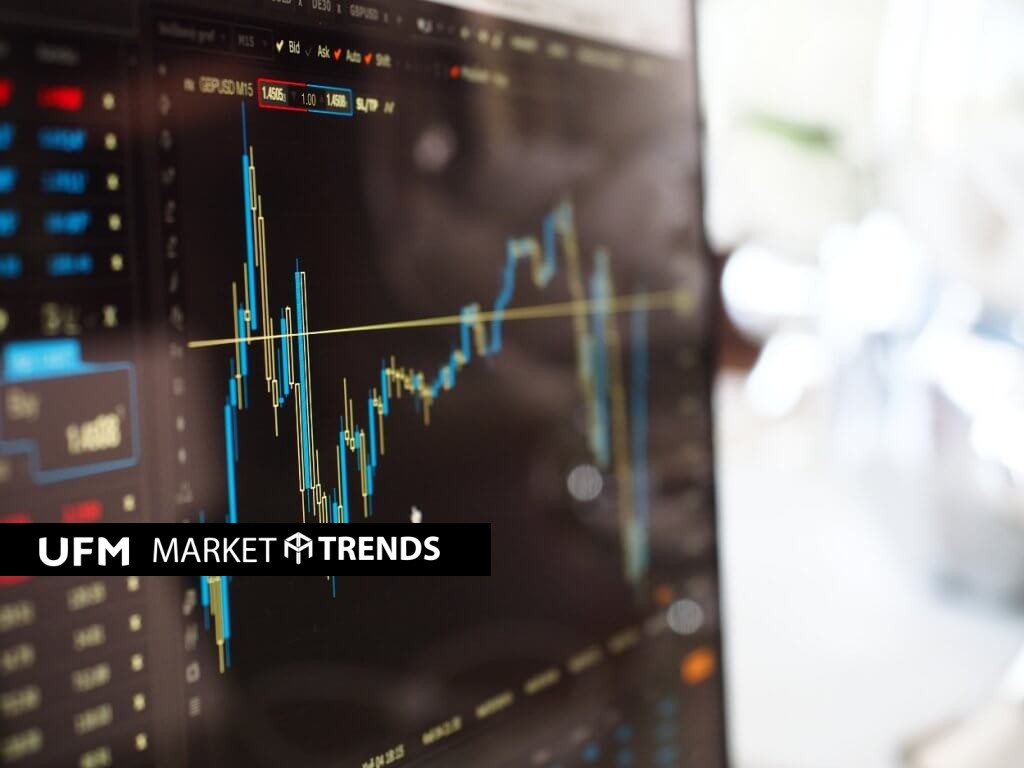 Quantitative easing (QE) policies have become less and less effective for a number of reasons, among which we highlight the following:

The recent increase in repo operations by the Federal Reserve has shown that markets’ real liquidity is much lower than expected. It has also demonstrated that agents’ levels of debt are probably higher than predicted, as the markets need continuous assistance from monetary authorities.

In this context, we believe that the economy will move into uncharted territory as the next recession approaches, which will very likely provoke central banks and governments to enact another wave of action plans. As described in the Bridgewater Associates paper “It’s Time to Look More Carefully at Monetary Policy and Modern Monetary Theory,” the two defining aspects of the new set of policies will be: 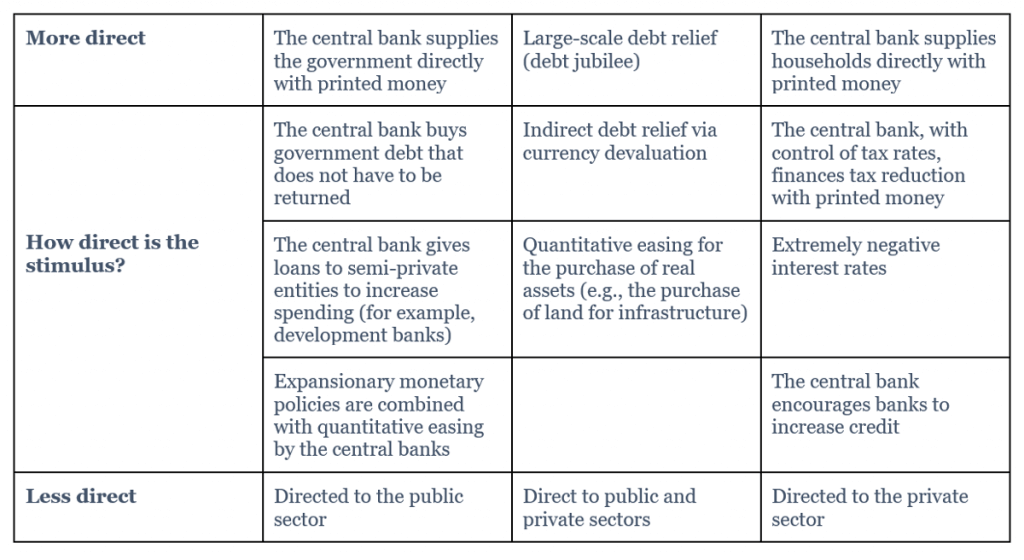 Although some of these initiatives may seem outlandish, it is useful to remember that the majority have historical precedents. For example, central banks gave recently printed money to governments to spend without having to issue new debt in the United Kingdom during World War I, the United States in the Civil War, and Imperial China. And Imperial China’s government printed money and directly transferred it to households during the Ming Dynasty in 1390, which led to a dramatic currency depreciation.

One must keep in mind that low interest rates have affected not only financial markets but also real assets, business investments, and the intensity of corporate mergers and acquisitions. The strong QE has brought with it more liquidity and lower credit cost, which has resulted in a significant decrease in the weighted average cost of capital (WACC) for businesses. For example, the WACC of the S&P 500 has been decreasing constantly in recent years; according to Bain in “Rethinking M&A Valuation Assumptions,” it has declined more than 20 percent.

In general terms, low interest rates have increased the prices of assets and decreased their associated expected returns. This is because companies have not adjusted their internal rates of return in keeping with the decline in the WACC because they believe interest rates will rise soon (JP Morgan’s “Bridging the Gap between Interest Rates”). M&A (mergers and acquisitions) activity, driven by a favorable economic environment, has been very strong in recent years, but not as strong as might be expected. As a result of the discrepancy between the internal rates of return for companies and the WACC, interest rates’ link with business investments and corporate operations has been broken, as can be seen in the following graph.

Perhaps a new situation is looming in which

If so, how could this affect corporate investment and M&A activity? Most likely, in the next recession, a new wave of policies will induce an uptick in inflation, which will eventually lead to an increase in interest rates, increasing the capital cost of companies and decreasing the price of assets.

Low interest rates have increased the price of assets. However, the discrepancy between the low cost of capital and companies’ higher internal rates of return has led to a lesser rebound in business investment and corporate operations than one would expect. Similarly, it is highly probable that the exact opposite could come to pass in the future. In other words, the effect of the higher borrowing cost — potentially induced by the inflationary fiscal and monetary stimulus — will be offset by the subsequent correction of the financial-asset market and the decrease in asset prices. It is true that an increase in interest rates will lead to a rise in companies’ cost of capital, but this increase will cause the relationship between capital cost and corporate activity to return to equilibrium and it will cause corporate operations to increase as the prices of assets decrease.

Obviously, the current economic and market conditions, the new monetary policies that could be introduced in the next recession, and the existing (and growing) political and trade tensions introduce many unknown factors whose impact is less than clear. However, we believe that unless there are abrupt changes and disruptions in markets and the global economy, investment activity, along with M&A, should not be significantly influenced by the incremental cost of capital. In the next recession, and with the next monetary and fiscal policies, perhaps inflation will appear again. This would mean increases in interest rates and companies’ cost of capital. In our opinion, inflation will not have a negative effect on corporate operations, but rather the exact opposite, as the prices of assets will decrease, with internal rates of return and the cost of capital returning to their natural equilibrium.

Edgar Fernandez Vidal is a graduate in Economics and has a master´s degree in management from IE University, where he graduated with Honors, as top student in his Class.

Edgar is also an Associate Professor, teaching Investment Strategies and Valuation, at the ISBIF in Madrid. He is also speaker in economic conferences and at international research centers such as the Austrian Economic Center.

Jorge founded Liceo Capital Advisors after several years of experience as investor and management positions in London and Madrid, and having participated in investments and projects in UK, USA, UAE, Canada and Switzerland.

He is a graduate in Industrial Engineering from ICAI (Excellence diploma and scholarship from the city of Madrid), has a M.Sc. degree in Mechanical Engineering from Ecole Polytechnique Fédérale de Lausanne, EPFL (awarded the Zanelli prize for his Master thesis research work), and has an MBA from Harvard Business School, where he was appointed by the Finance Unit faculty as tutor for first year Finance students. He started his career as a process engineer at Nestlé in Switzerland.