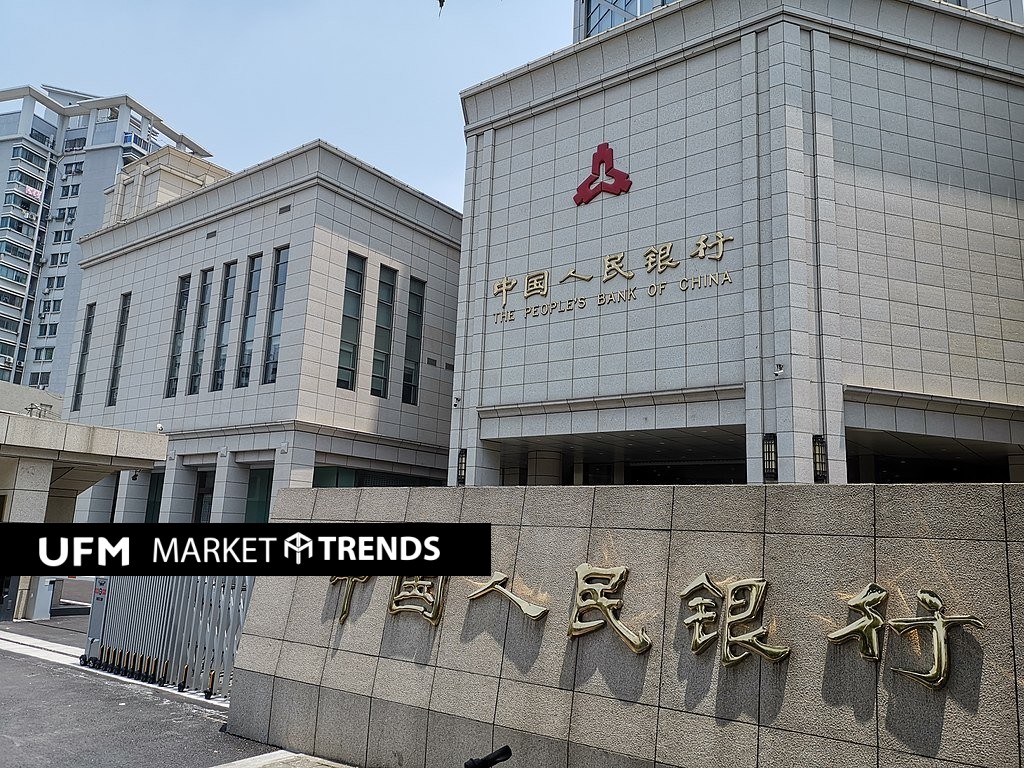 The Evergrande soap opera is far from over. In previous articles, we mentioned that Evergrande’s problem, apart from its terrible financial management, is that it is in a bubble market.

Panic spread again when developer Fantasia Holdings was unable to pay several of its bonds on October 11. That same day, two other developers, Sinic Holdings and Modern Land, indicated that they wouldn’t be able to meet their bond payments due in October. On Friday, October 15, Xinyuan Real Estate, another developer, narrowly avoided a default by reaching an agreement with its creditors at the last minute. The market fears that developer Kaisa Group Holdings will not be able to pay its debt this week. And Evergrande bonds are circulating at an 80 percent discount from their face value—clearly suggesting default risk.

The Chinese real estate bubble is bursting. The key questions now are: How will it affect the rest of China’s economy? Will it ruin the Chinese financial system? This article intends to answer these questions.

Let’s begin by looking at the state of Chinese developers that have announced they are having problems paying what they owe.

Not only are Chinese property developers excessively indebted, but the timeline of their debt places them between a rock and a hard place. Chinese real estate developers have managed their debt in the worst possible way: most of their debt must be paid off in less than a year, as seen in figure 1.

In other words, for the companies to survive, their debt must be constantly rolled over. This places companies in a position of financial weakness in two areas:

The second point is the more problematic when a bubble bursts, as both asset turnover and selling price plummet. If debts must also be paid off in the short term, we are facing a perfect storm. Developers are forced to sell assets (real estate) on a massive scale to pay off their debt, which in turn causes drastic price drops that worsen the financial positions of these same companies (similarly to what happens during a bank run).

Can the Developers Sell Assets to Pay Off Their Short-Term Debt?

How capable are troubled Chinese real estate developers of servicing their short-term debt? One way to approach this question is to analyze how much cash the companies have on hand to pay off that debt. As can be seen in figure 2, only Fantasia Holdings has enough cash available to pay off its short-term debts. Evergrande’s position, in contrast, is precarious.

While this approach is useful, it is incomplete. All companies have current assets that generate an incoming cash flow that can be used to service their debt payments. Obviously, real estate developers’ current assets are mainly houses. These houses can be sold to pay the debt, but Chinese developers face two serious problems in this regard:

Keeping these two points in mind, we calculated the capacity of the four troubled Chinese developers to pay off their debt with their available properties (figure 3).

Looking at figures 3 and 4, we can see that Fantasia and Sinic may be in trouble, but at least they are capable of paying off their debt within a year. For their part, Modern Land and Evergrande find themselves in a dangerous situation. Their available current assets are clearly insufficient to meet debt disbursements in less than a year.

Are Chinese Real Estate Developers’ Profits Enough to Pay Off Their Debts?

We have seen that some of the troubled developers can pay off their short-term debt and others can’t. If some can pay it off, why don’t they? To answer this question, one must first determine whether the profits of these Chinese developers are sufficient to pay the interest on their debts.

The interest coverage ratio (profit before interest and taxes over the cost of servicing the debt) points to the ability of a company to generate sufficient profits to pay creditors on time. An indicator less than one (meaning the cost of financing is greater than the profit) is often interpreted as a signal of a company’s future insolvency. In this case, the company must continue to borrow or must sell assets just to pay interest. In turn, either the financing costs will continue to rise or profits will fall if assets are sold to pay the interest.

All Chinese developers have seen their interest coverage ratio plummet and are dangerously close to the moment when their profits will not be enough to pay off their debt. Evergrande has already crossed this red line, and, since 2020, its profits have not been sufficient to pay its cost of financing.

Chinese real estate developers’ extremely low interest coverage ratio gives a clue as to why Fantasia, despite having enough cash to pay practically all of its short-term debt, has decided not to. Fantasia is predicting that it will not be able to meet its future payments and is rationing its available financial resources. It is opting to stop paying now and decide which debtors to prioritize.

A not-insignificant possibility is that the Chinese government would order developers to default on their dollar bonds while continuing to make payments on their yuan bonds. The idea would be to prioritize domestic debtors since many of them are banks and banks in China belong to the state.[2]

At times of financial distress, having assets and liabilities (or income and expenses) denominated in different currencies is a huge disadvantage because of exchange rate risk. Curiously, there is no such risk in this potential situation. China’s developers are conducting their business almost exclusively within China, so they will not be subject to any sanctions or embargoes by foreign governments if they default on their external dollar debt.

Given this circumstance, Fantasia has a good chance of escaping unscathed while the other companies, which have huge amounts of debt to pay off in yuan, are in more danger, as seen in figure 5.

Defaulting on all its dollar-denominated debt would allow Modern Land to pay off all its debt issued in yuan within a year (Fantasia and Sinic already have enough liquidity to pay off that debt). However, Evergrande’s liquidity position is so critical that the company will not be able to repay its yuan debt even if it defaults on its dollar debt in full.

Containing the Risk of Internal Contagion

The most plausible scenario is selective defaulting on dollar debt to foreign investors. Only Evergrande would also default on its domestic debt, so it might appear that the possible domino effect in China would be contained. The problem is that Evergrande is huge: its liabilities are ten times greater than the combined liabilities of the other three troubled developers, as we can see in figure 6.

The fact that most of the problems are concentrated in one developer does not guarantee that the problem can be solved by the Chinese authorities. Additionally, nothing is preventing more Chinese developers from defaulting in the coming days or weeks.

Nomura estimates that Chinese developers have debts totaling $5.2 trillion, almost double China’s international reserves (and greater than the GDP of Japan, the third-largest economy in the world). The composition of Chinese developers’ enormous total debt is presented in figure 8.

Figure 8 gives us an idea of the composition of Chinese developers’ internal and external debt, and we can compare that debt with China’s monetary reserves. Almost all of the banking debt is yuan debt to Chinese banks. “Clients” refers to advances made by Chinese citizens for the purchase of a house, and “other liabilities” mainly consists of debt to suppliers. Even if we consider all bonds as dollar-denominated (we will not make this assumption in the next article), the domestic debt of Chinese developers far exceeds China’s monetary reserves (and is almost one-third of China’s GDP).

It is clear that the debt is not manageable, not even in an economy such as China’s that has very high saving rates and large international reserves. But China has a few ways to try to fix this mess.

Constructing public works would provide a new source of income to Chinese developers. Some of this is already being planned. The figures being discussed are from a ten-year program and amount to 10 trillion yuan, which is approximately $1.55 trillion. This number is chilling (it’s higher than Spain’s GDP). It is almost equal to real estate investment in China in the last twelve months ($1.4 trillion).[3]

The infrastructure plan would barely cover 10 percent of Chinese developers’ turnover.[4] It cannot save them.

This second option is possibly the most plausible. China’s authorities have punctured its bubble, and it seems unlikely that they want to save their developers. They likely intend to avoid a financial panic by injecting capital (and liquidity) into the banking system.

This would also pose problems. China’s financial sector is almost four times its GDP, a high figure anywhere in the world and especially high for a country as developed as China.

The combined assets of China’s financial and real estate sectors are greater than the market capitalization of all the companies in the world ($93.7 trillion).

Furthermore, almost 60 percent of nonfinancial credit goes to the real estate sector (although the sector contributes only 30 percent of GDP). In other words, not only is the financial sector huge, but it is highly concentrated in real estate.

The financial sector is enormous and hugely exposed to mortgage and developer loans. A disorderly burst could make it unfeasible to salvage the sector.

If a bank bailout is viable and if it occurs, the currency will likely quickly lose purchasing power, both internally (through inflation) and externally (through depreciation). Another plausible scenario is that the interest on public debt will skyrocket. Whether inflation occurs or the interest rate increases will depend on whether the potential bailout is carried out through fiscal policy (the state recapitalizes entities or creates a bad bank) or monetary policy (the central bank recapitalizes entities or purchases assets).[5] The fiscal policy would cause the interest rate to rise, and the monetary policy would cause inflation.

I consider this option extremely unlikely. Authoritarian regimes tend to rely on economic successes to stay in power, and therefore the Communist Party must try to revive the battered economy by any means possible to survive.

The Chinese banking and real estate sectors are on the brink of death. The government will do everything possible to reorganize the former and to save the latter, but it is very possible that it will be incapable of succeeding.

The next article will analyze the possible international repercussions if Chinese real estate developers selectively default on foreign debt.

[1] The commitments to deliver housing are not included as debt on the balance sheets (although they are included as liabilities).

[2] The Chinese financial private sector is characterized by shadow banking.

[4] To make matters worse, many projects in the Chinese infrastructure plan are technological transformation projects, so it is very likely that real estate developers will not have much to do there.

[5] There is a third option, which is a by-product of monetary recapitalization. China’s central state could recapitalize the entities by issuing new debt, but the debt would be mostly bought by the central bank. Inflation could be expected in this case as well.