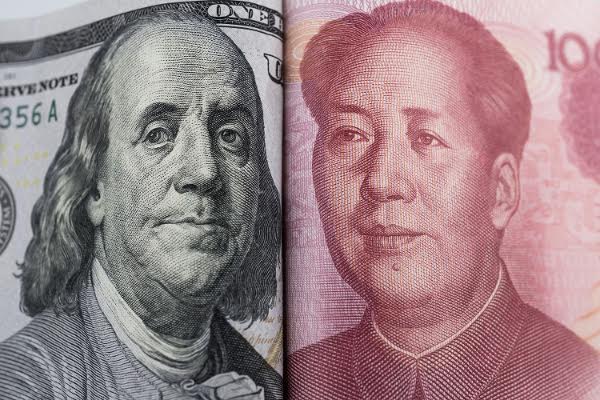 The Chinese market triggered alarms since at least May 2015, when the country’s most important stock index plummeted and lost more than a third of its value within three months and continued to lose more than 40% in six months. Surprisingly, this happened despite the more than 125% increase the stock market had the previous year. 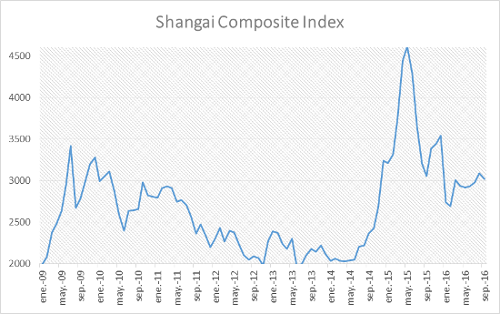 The team at UFM Market Trends thinks that China’s huge market volatility was caused by a very costly learning effect rather than the typical stock market crisis that usually precedes a recession.

Undoubtedly, China’s economic growth has suffered very little: the slowdown has been minimal and it seems to be headed towards a soft landing rather than the expected crisis. However, China’s highly indebted private sector is a major threat to the country’s future economic growth.

Indeed, the growth of China’s economy has suffered little: the slowdown is minimal and it seems for now that there is a soft landing and not the expected crisis—although the problem of ultra-indebted private sector is still a major threat to China’s future economic growth. 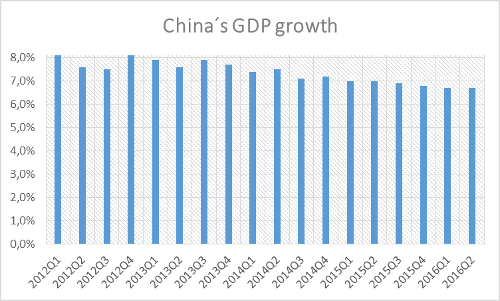 The country’s financial turmoil has had an important effect on the exchange rate of the yuan. According to BIS, the yuans expected devaluation due to the financial turmoil and rate cuts have caused a lower demand for yuan deposits, an overselling of the yuan, and an outflow of capital—despite the measures imposed by Beijing. 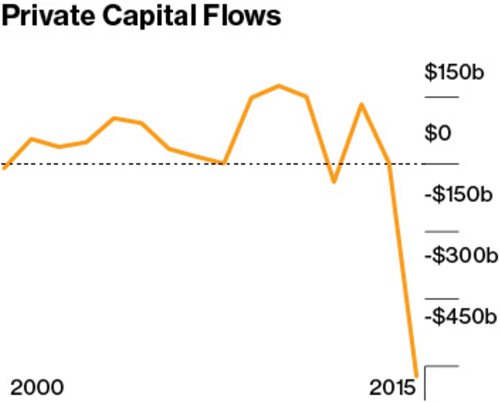 Since mid-2005 the yuan has had a floating exchange rate, which is expected to absorb the exchange rate fluctuations and has partly already done so. The yuan depreciated by nearly 8% since May 2015: it had been appreciating since the last time the exchange rate was established. 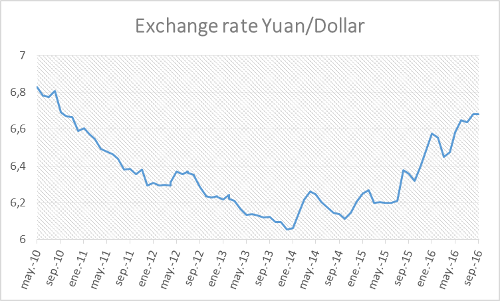 Burning Reserves to Protect the Currency

Facing a shock of such magnitude, the Chinese authorities are unwilling to let its currency float completely as it did in mid-2008— when the fixed exchange rate was restored for two years.

Currently, the People’s Bank of China—the central bank—is defending its currency in order to avoid excessive exchange rate movements by yuan overselling. To do so, the bank is forced to buy back its currency and sell its reserve dollars.  This is how the dollar reserves have been falling since mid-2014. 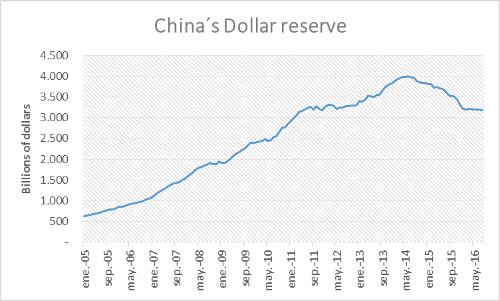 The Chinese central bank has exhausted almost 14% of its dollar reserves defending their currency. However, during the last few months this bleeding of dollars has stopped. From May to August there have not been any new reserves outflow and the yuan depreciation has slowed. 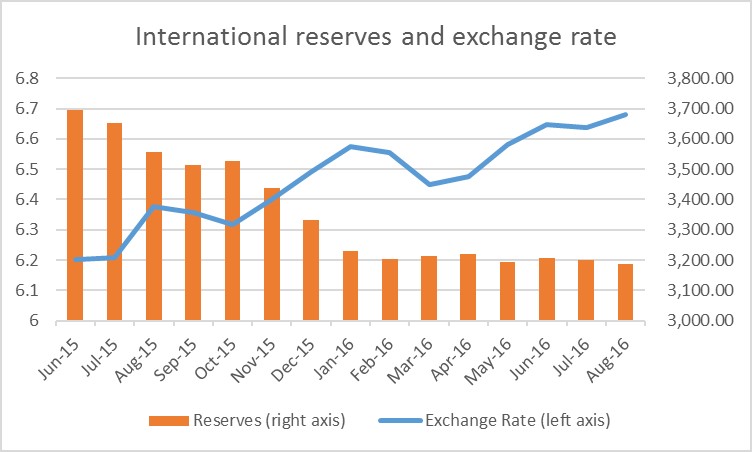 Is the People’s Bank of China right when it comes to protecting its currency?

Faced with this question there are two possible answers, depending on the problem that China is facing or will face.

In this case, the Chinese authorities have done their job. They have used the dollar reserves to protect the currency against speculative and cyclical movements while keeping the exchange rate temporarily appreciated against the oversold market. This has protected the non-financial private sector from the short-term exchange rate movements.

An appreciated exchange rate can also help in this case, mostly because marginal Chinese producers would suffer for the following:

In this case, the Chinese authorities would be causing an accelerated restructuring of its economy and forcing marginal producers to quickly change activity or to free the factors of production.

If China is facing a deep crisis, the biggest problems would be how long the restructuring would take and whether the Chinese international reserves would be able to withstand that period—in just one year, 14% of the reserves have been used.

If the market considers that the reserves are not enough to support the adjustment process, the outflow of reserves would provoke short positions against the yuan and the central bank’s inability to hold the exchange rate.

In conclusion, it is still too early to know whether the Chinese central bank has been smart in defending its currency. Yet, a weaker slowdown than expected and the end of yuan depreciation and reserve outflows suggest that it was a smart move. Still on the horizon for China is the huge private debt that could be a source of instability and an indication of an economic crisis.