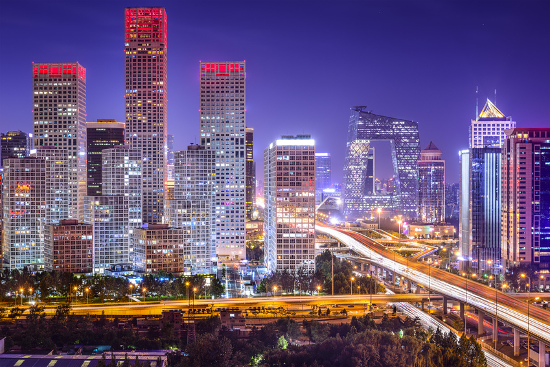 Translated from Spanish by Daniel Fernández

Half of the world´s economies (emerging and the developed) are seeing a slowdown in their economic growth. This could potentially be a sign of a new global crisis. Are we at the doorstep of a new global recession?

We have already reported in a previous article and in our reports that there exists little risk of a global recession. This time the analysis will take in account the debt accumulated by the private sector (households and businesses). 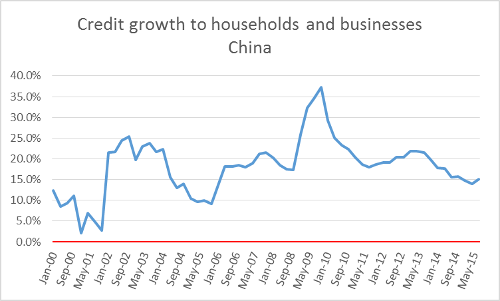 The United States has experienced moderate growth in the extension of credit since 2012, the Eurozone’s growth in private credit has basically remained the same since 2009 and Japan recently started to show a rise in credit expansion, albeit a very slow one. This situation is quite different from what occurred between 2000 and 2008 when the private sector indebted itself in an aggressive way. 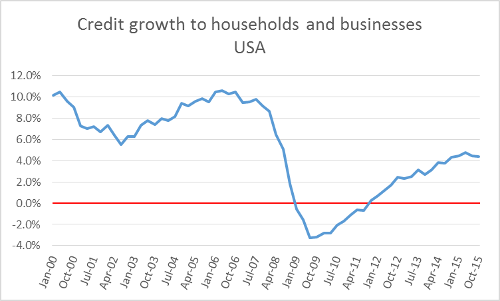 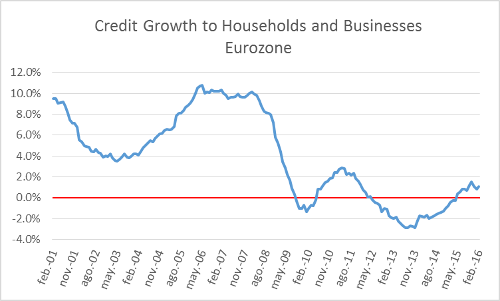 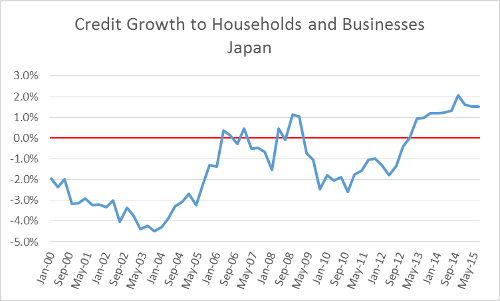 Debt as a percentage of GDP in the private sectors of the most powerful world economics came to a peak in 2008. Since then, only China has continued the process of private sector leveraging. The odds of a crisis arising as a result of a decrease in the demand for credit are slim. Without a credit boom, the chances of a credit meltdown are negligible. 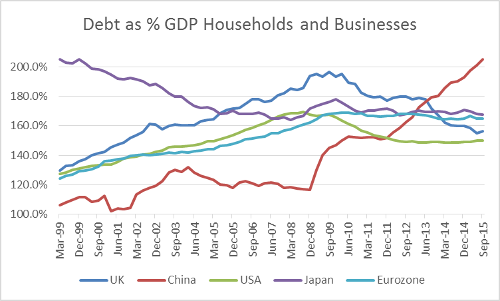 Debt servicing in the private sector shows how far are the private sector of reaching their debt limit. We also see here, as in the majority of countries, that there exists a process of deleveraging. Households and businesses use significantly less amount of their incomes to pay off debts than in 2008.

Once again, China´s economy is the exception, with continuous leveraging which could be coming to an end. In turn, the economies of Japan and Germany have been in a continuous deleveraging process since 1999. The private sectors of all other countries were taking out credit in high volumes until the crisis of 2008 and repaid them afterwards without initiating new debt. Again, this leads us to conclude that a crisis resulting from a decrease in the extension of credit is unlikely, with the exception of China. 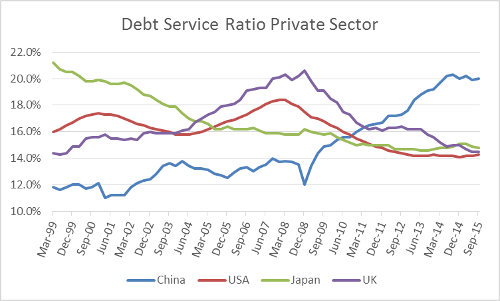 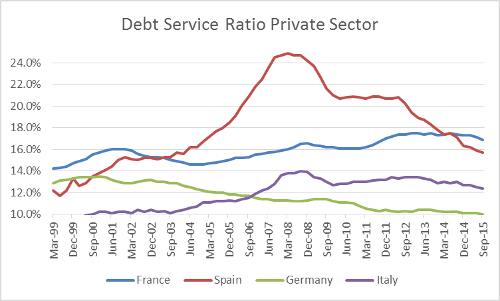 The strongest predictor of an economic crisis is the yield curve. When short-term interest rates are at similar or higher levels than long-term rates, there is typically a financial crisis that ends up leading to an economic recession. In the U.S., this indicator has been shown to predict every economic crisis since 1950. Yield curve spread is not signaling crisis in any major economy of the world. 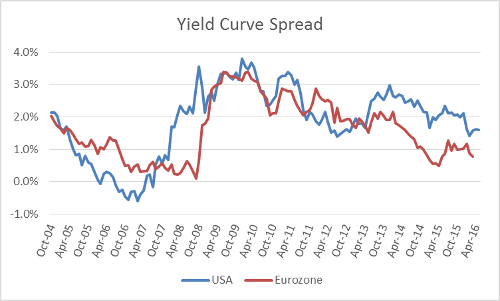 The United States is far from being at risk according to this indicator, which still displays a large spread. The Eurozone is experiencing a much smaller spread (especially since the announcement of European Central Bank’s implementation of Quantitative Easing), but still is far from seeing threats of an imminent crisis. 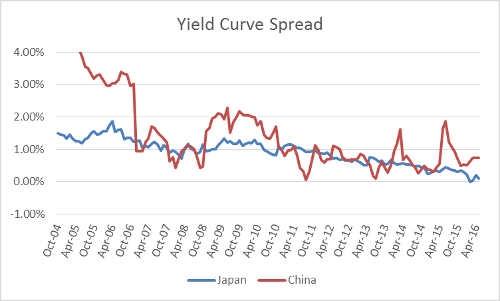 We see once again that the economy of most concern is that of China, with a spread that has repeatedly approached zero since the end of 2011. However, the lack of predictive power that this indicator holds for the case of China can be explained by the continuous intervention by authorities in China’s money market.

This indicator also shows that the Japanese economy is at risk, however, this economy already finds itself in a recession.

Most certainly, the private sectors of the strongest world economies are not experiencing excessive debt as was the case from 1999 to 2008. Since 2008, households and businesses are paying off their debts, and growth is being generated without having to turn to indebting themselves further. The portion of income allocated to the repayment of debts is decreasing significantly in the majority of the countries reviewed here. For this reason, it is not expected that a pause in the extension of credit will cause a reduction in demand from cyclical sectors. The exception is China, with a credit cycle that could be arriving at its end.