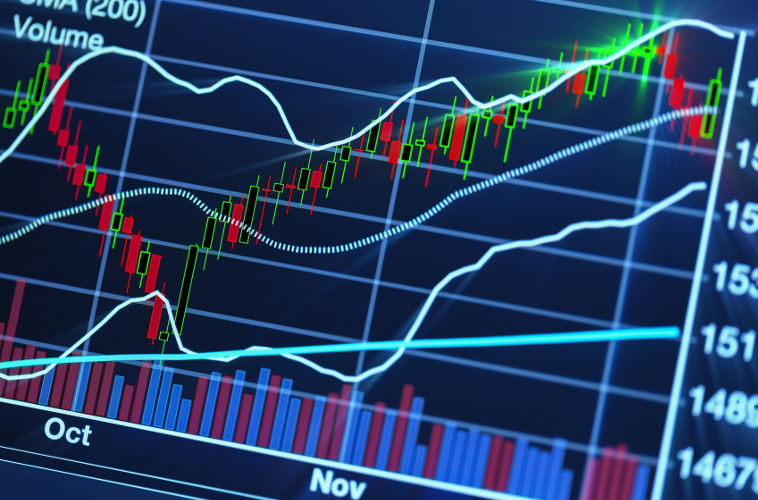 One of the big concerns on Wall Street is the large amount of share buybacks that corporations are currently engaging in. It’s generally thought that companies engage in buybacks when they have limited investment opportunities to deploy cash. The inability to generate value in the economy results in cuts to productive capital spending and cash is used instead to prop up earnings per share, thus maintaining share values despite the cutback in productive activities.

Share buybacks increased before the 2007 crisis and the 2008-2009 recession, and it appears that share repurchases are returning to levels similar to those prior to the crisis leading many to assume we could be facing a new recession. 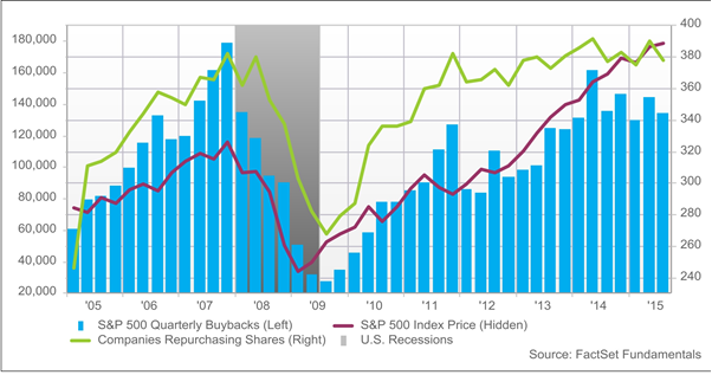 Share buybacks, however, do not necessarily suggest a worsening of economic conditions. Expectations of rising interest rates will increase a preference for debt financing over equity. If we expect the cost of debt to rise in the near future, it would make sense to increase debt funding rather than equity. In other words, debt-to-equity ratios would tend to rise under these circumstances. Below we see that US corporate debt has more than doubled since 2008. This data and current buyback trends suggest that interest rates near zero and rate hike expectations change the way businesses fund themselves, but not necessarily their capacity to generate value. 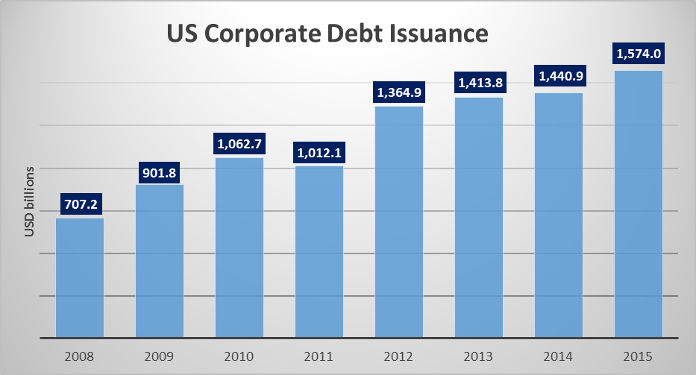 Source: Sifma.org. Data for 2015 is based on estimates that assume fourth-quarter growth will be the same as the average growth during the first three quarters (9.3%).

Moreover, interest rates tend to rise during expansionary moments in the economy (in fact, one of the reasons why central banks raise rates is precisely to “cool” the economy down). Perhaps an expectation of future economic growth is being formed (whether true or not). When this occurs we expect prices of financial assets to rise, and in such a situation the most logical step for corporate executives is to reduce equity capital in the present (buy back shares when they are cheap) and increase it in the future (raise equity capital when the share price is expected to be higher). In other words, this indicator could be anticipating a period of economic expansion and not a recession.

Share repurchases are also an efficient way to reallocate capital. If a company is unable to generate new business models or it finds itself in a declining industry, an excellent way to cut back activities and rearrange its business is to return shareholder capital through buybacks, which may then be reallocated to other areas of the economy where increasing activity is expected. This is what ends up happening in the United States. Some sectors reduce share quantities while others increase. In fact, we can see how share buybacks appear in some industries and not in others. 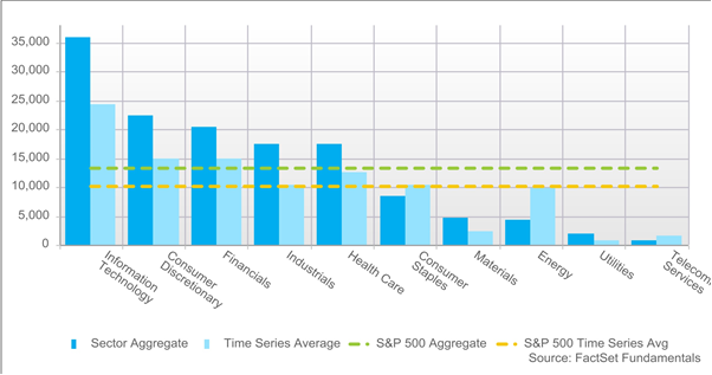