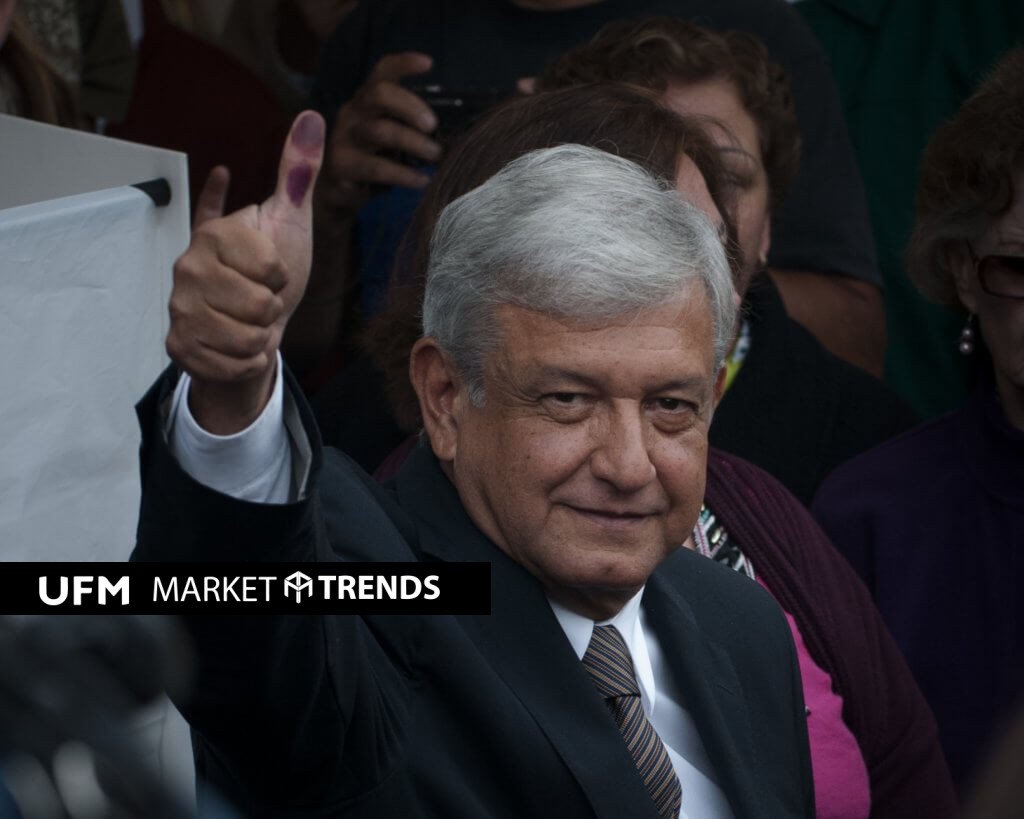 Mexican president Andrés Manuel López Obrador’s (AMLO) stance on private investment is not as easy to identify as some believe. You cannot simply classify him as a socialist enemy of private businesses. AMLO also does not fit the profile of the previous administration, which was very much in favor of investment concessions and was a friend of private investors. To understand the direction private investment is taking under the AMLO regime, it is necessary to analyze the background of its policies and its confrontations with the private sector.

AMLO’s project has been criticized by some opponents as a Mexican version of the socialist project of Venezuela’s Hugo Chávez. Although both leaders (have) used the support of the masses to achieve power, the first steps AMLO has taken do not confirm that criticism. Instead, AMLO’s regime seems to have strengthened the public sector, admittedly to the detriment of private sector growth. It is debatable whether it is too early to categorically deny that AMLO’s intention is to expropriate, but his first approaches do not seem to have confirmed it.

Even though his party has openly socialist politicians within its ranks, the whole party is not socialist. To gain the political capital necessary to win the last elections, AMLO started his party (MORENA) and began to accept people from many political groups with different ideologies. Many moved to MORENA for convenience rather than conviction, undermining the far Left’s agenda. It is undeniable that policies such as the use of international reserves for public spending have caused panic among macroeconomic experts, but they are sporadic and lack sufficient support to transform the Mexican economic system.

Not classifying AMLO as a socialist does not necessarily imply that he is a capitalist. AMLO is anything but a libertarian. To begin with, we must abandon the false dichotomy that if someone is not a capitalist, then he is a communist. After all, in the twenty-first century, politics and ideology have varied in complex ways that mix the virtues and defects of both economic systems. We cannot classify AMLO as a capitalist because many of his ideas are focused on strengthening the public sector. Furthermore, it is necessary to remember his multiple and constant criticisms of what he understands as the neoliberalism of previous governments.

If AMLO is not a staunch critic of the private sector and not a supporter of the free market either, what is he? To understand him and the direction his government might take with respect to private investments, I will analyze three significant cases: the cancellation of the NAIM (the New International Airport of Mexico), the strengthening of the Pemex petroleum company, and the end of electricity auctions.

The current airport in Mexico City can’t cope with demand. In the coming years, the airport will collapse if it does not expand. In response to this need, a project to build a new international airport in Texcoco arose during Enrique Peña Nieto’s presidency. AMLO and his government were against the project for various reasons that are beyond the scope of this article. The important thing is what happened after AMLO called a kind of popular referendum, in which most voted no to the construction of the NAIM.

At the time of the referendum, the private capital for the project had already been committed and the construction had already begun. However, with the results of the referendum, AMLO decided to cancel the project unilaterally. Canceling a project of such magnitude and without considering the investors usually has catastrophic repercussions for the investment climate of a country. AMLO and his team knew they could not simply cancel it without scaring off almost all foreign investors, so they started negotiations to buy back the bonds issued for the construction of the NAIM. This gives us a preliminary idea of what AMLO thinks about investment: it is important, but not more important than what he considers to be the people’s sovereignty. The regime’s decision regarding the NAIM may be incorrect, given that it was made by people who do not bear the cancellation costs. In any case, it occurred and it was the first major milestone of the López Obrador government.

Even though the “will of the people” is more important than private investment for AMLO, he knows that without private investment, he will not achieve the annual 4 percent economic growth that he seeks in his six-year term. For this reason, in the last week he has said publicly that he needs the help of entrepreneurs to achieve that growth. It was politically unthinkable to strongly attack private initiative at the beginning of his term.

Strengthening Pemex at the Expense of the Private Sector

The Pemex issue is complex. From the fight against the huachicoleo (fuel theft), to the financial and fiscal support the government has given and will give to the public oil company, the company’s importance for AMLO can be gleaned. Publicly announcing that the government will do anything to salvage Pemex’s finances and improve its production capacity cannot go unnoticed; it indicates it is a battle the government is not willing to lose. At first glance, this seems good because it is necessary to take drastic actions to protect the company after the downgrading of Pemex’s rating to the lower bound of investment grade. The problem is the way the government wants to take those actions.

The last government presented a range of ways for the oil industry to support Pemex through the country’s oil-and-gas value chains. In theory, private initiative has sufficient resources, is sufficiently regulated, and has been granted the necessary permits so that these resources could benefit both the state oil company and the private sector. But there is always a possibility that opening the market to the private sector would come at the expense of the public sector. Although some errors could be made in liberalizing the industry, it was the way to go for the energy needs of Mexico.

By delegating parts of the value chain of a product, each of the industry’s parts could focus on making the process efficient and take advantage of specialization to achieve economies of scale that are not achieved in the bureaucracy of a large company that controls everything. But the López Obrador government seems to want to move away from private investment and try to lift the oil company by itself. Although the support offered by the government helps Pemex, it is not enough to revitalize the company and turn it into an important exemplar for public oil companies. In fact, a large fraction of the investors and banks that were waiting for news of support for Pemex were disappointed because they expected more. Abandoning help from private companies is condemning the company to mediocrity in the medium term. It is not clear whether AMLO will end up accepting this fact or will obstinately commit himself to public investment, but his constant criticism of the “neoliberalism” of past governments does not bode well.

The Energy Reform: A Definite Break?

AMLO has constantly criticized the reforms carried out by the Peña Nieto government. And his government has canceled the new auctions planned for the generation and transmission of electric power. Government officials claim that these auctions were canceled because many permits have not been used and it is important to know why they are not being used before continuing to offer more. They also mentioned that it is not a priority of theirs to continue with transmission-line projects that have benefited from some public investment. This in itself is understandable since the non-use of permits signals something is wrong with the design of the auctions and encourages intermediaries to emerge that do not add value to the energy-production chain. It is also understandable that the government does not have the resources for all of the projects that the private sector might have.

The AMLO government has emphasized that previous auctions will not be canceled and that existing contracts will be respected. This is very important in order to not create a tense atmosphere of witch hunts against those who already invested in the energy projects. However, fears arose after the director of the Federal Electricity Commission accused companies that had contracts for the construction of gas pipelines and threatened to sue them, since they were benefited by the government and did not finish the projects. Fortunately, AMLO ameliorated the matter and declared that these companies would not be criminally prosecuted and that he seeks instead to reconcile the interests of the public and private sectors.

Therefore, the signal the government has sent to the market is that previous reform commitments will be tolerated because attacking them would create an environment of uncertainty. Cancellation would cost billions of dollars in lawsuits and lost investments.

Why Hasn’t There Been a Flight of Capital from Mexico?

If the environment is not propitious for future investments, why is capital continuing to enter, and why hasn’t most liquid capital fled to the United States? There are two factors: investors’ appetite for risk and the interest rate differential between the two governments.

The fact that the government is not canceling the contracts that have already been established signals it does not want to deter private initiatives; it needs them to reach its objectives. But the failure to continue with the electric-power auctions indicates a clear preference for public investment over private initiatives, all in the interest of strengthening the public sector (and political power).

A divine figure that does not accept criticism is the last thing Mexico needs to attract more investment and improve the living standards of its people. Divine figures of a populist nature appeared in the last decade in the south of the continent and left a legacy of corruption and economic disaster; the epitome is the sad case of Venezuela. It doesn’t seem that Mexico is even close to becoming the new Venezuela, but to avoid any risk of this happening the government must maintain its moderate position and the people cannot allow great abuses of power even if they love their leader.