Is Spain’s level of public spending sustainable? This report looks at its financial situation in detail and considers whether the country will go bankrupt. It looks at how the balance sheet of the Spanish public administration has changed over the last twenty-five years, including how it has changed in governments led by the Popular Party and the Socialist Party of Spain.

We find that the government carries hidden debt in the form of a commitment to pay pensions in the future. It is difficult for the government to sustain growing spending on pensions. Furthermore, the famous pension fund has already vanished.

The report also examines the relationship between debt and inflation and why the European Central Bank is acting very slowly to curb inflation. Inflation can help to prevent states, including Spain, from going bankrupt. A rise in interest rates could mean problems including bankruptcies in Europe in general and Spain in particular. 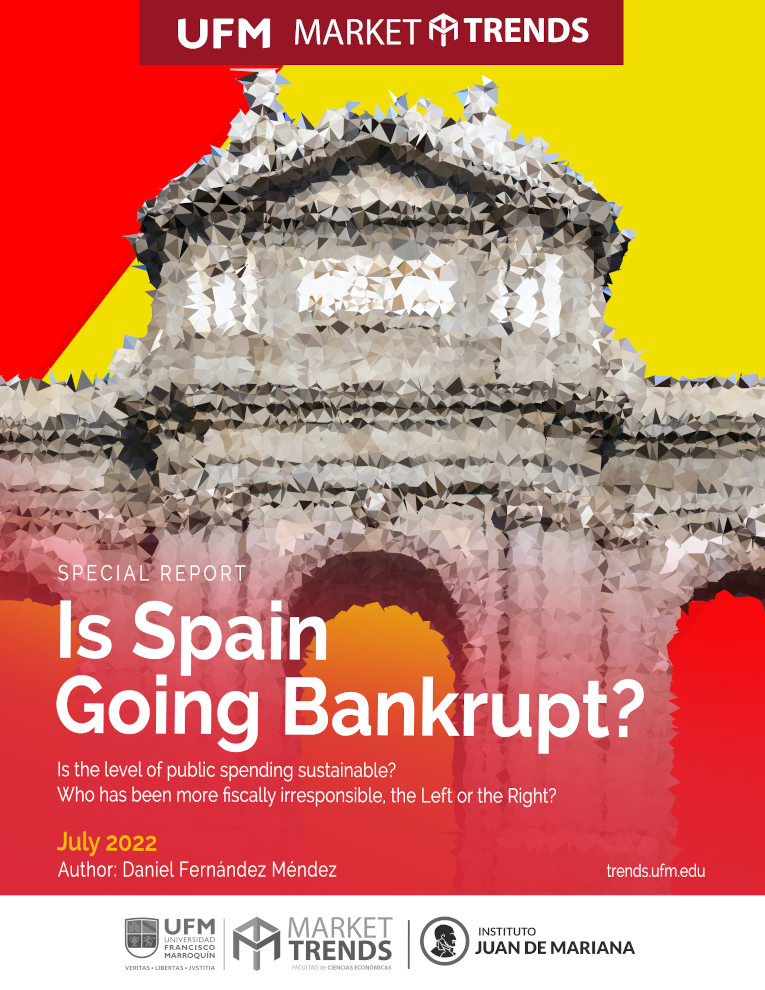