In the face of great political uncertainty and disappointing global growth, the strength of the Spanish economy continues to amaze. Nonetheless, there has been a slight slowdown in employment and economic activity.

In the face of great political uncertainty and disappointing global growth, the strength of the Spanish economy continues to amaze.

Nonetheless, there has been a slight slowdown in employment and economic activity.  While PMIs paint a more negative picture, leading cyclical indicators, such as automotive and housing, do not reinforce this view.

With respect to prices, negative inflation continues to impact consumer and industrial goods.  On the other hand, energy remains an important factor in pushing up inflation, as it has during the last few months.

From a financial point of view, bond prices have performed well in contrast to stocks:  bond yields have fallen below 1% for ten-year debentures, while stock values are being dragged down by the banking sector and global events.

In the past few months, total bank assets have, once again, declined.  In terms of credit volume, with the exception of credit extended to public agencies, growth rates remain in negative territory, although there has been an uptrend in the past few months.  This is largely due to the good performance of consumer credit and an increase in business credit.

The banking sector problems, which many attribute to the interest rate situation, owe more to other factors.  This is evinced by the slight reduction in interest rate spreads, which are much higher than during 2010-2012.

As for the foreign sector, we note the rise in the current account surplus.  This has been helped by the rapid decline in the energy deficit which, in turn, has been made possible by the drop in oil prices.  Net foreign direct investment inflows have also increased in the past few months.

Based on the foregoing, we think annual growth rates will stabilize at around 3%.  However, the greatest destabilizing macroeconomic factor continues to be the high public deficit, which shows no signs of being corrected.  Similarly, the huge magnitude of Spain’s foreign debt underscores its vulnerability in the future. 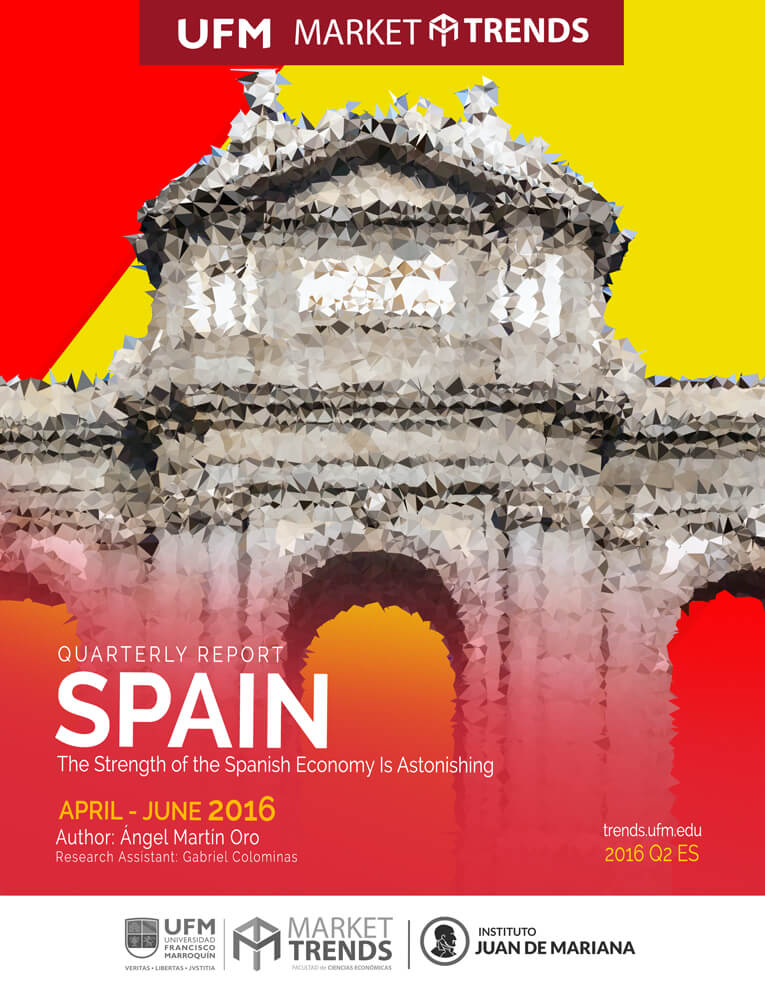