Last year, we published a study on the economic impact of so-called Zones for Economic Development (ZEDEs) in Honduras, a special type of special economic zone (SEZ). In our 2019 study, we discuss the success and failure of SEZs in China, Dubai, and India in the past. Then we projected potential Honduran GDP per capita with and without ZEDE. A Honduras with a successful ZEDE showed, for the region, tremendous potential.

However, the current prospect is that the ZEDE will also expand to new territories in a geographical sense, which goes far beyond the notion of a part of the Honduran workforce moving into ZEDE territory. In effect, as we will explain in this brief paper, the ZEDE allows for rapid growth by establishing multiple hubs (which would operate under the same ZEDE management but are allowed to compete against each other in terms of regulations and infrastructure), which can easily adopt the legal, regulatory and fiscal framework of the overarching ZEDE, Honduras Próspera. A proliferation of so-called “growth hubs” might occur. 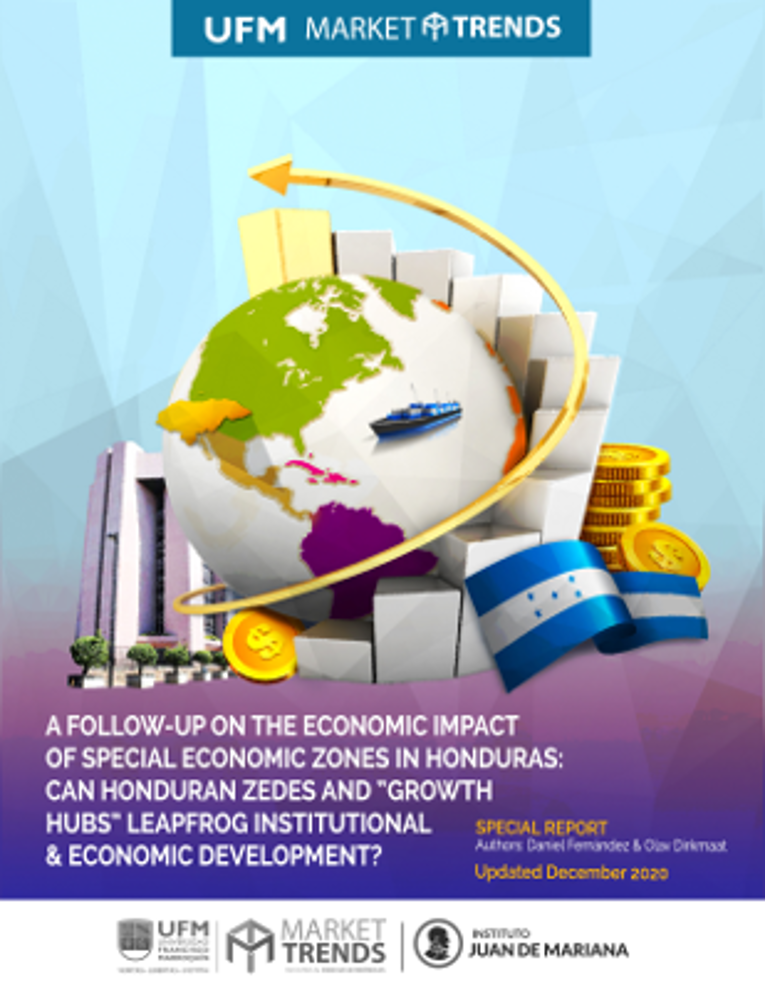