The global economic dynamic is becoming more complex. The trade war between the two great powers—China and the US—is affecting the growth of the rest of the world. The Eurozone is no exception. Despite maintaining solid fundamentals as a result of the recovery from the 2011 crisis, the Eurozone’s growth is not as optimistic as it was a few months ago.
The ECB’s target inflation of 2% was reached, although slightly, and core inflation remains weak. The ECB continues with tapering, despite fears of a slowdown. Credit has become more flexible due to greater interbank competition and a lower perception of risk.
At the beginning of the year the financial system abruptly gained liquidity as a result of a readjustment in the consolidated financial statements of the system in the form of short-term loans to financial institutions. Yet this liquidity movement was not supported by changes in the short and long-term bond differential or in changes in bank financing rates. There are no immediate risks to the financial system in this regard.
While the Irish financial system has basically stopped its support from the ECB, Spain and Italy maintain the same rates as a year ago, and Greece maintains the marked reduction it needed to get out of the bail-out. In addition, the fiscal deficit has practically disappeared due to the austerity policies in the Eurozone. However, new fears arise from the new Italian and Spanish governments and their focus on deficit budgets. 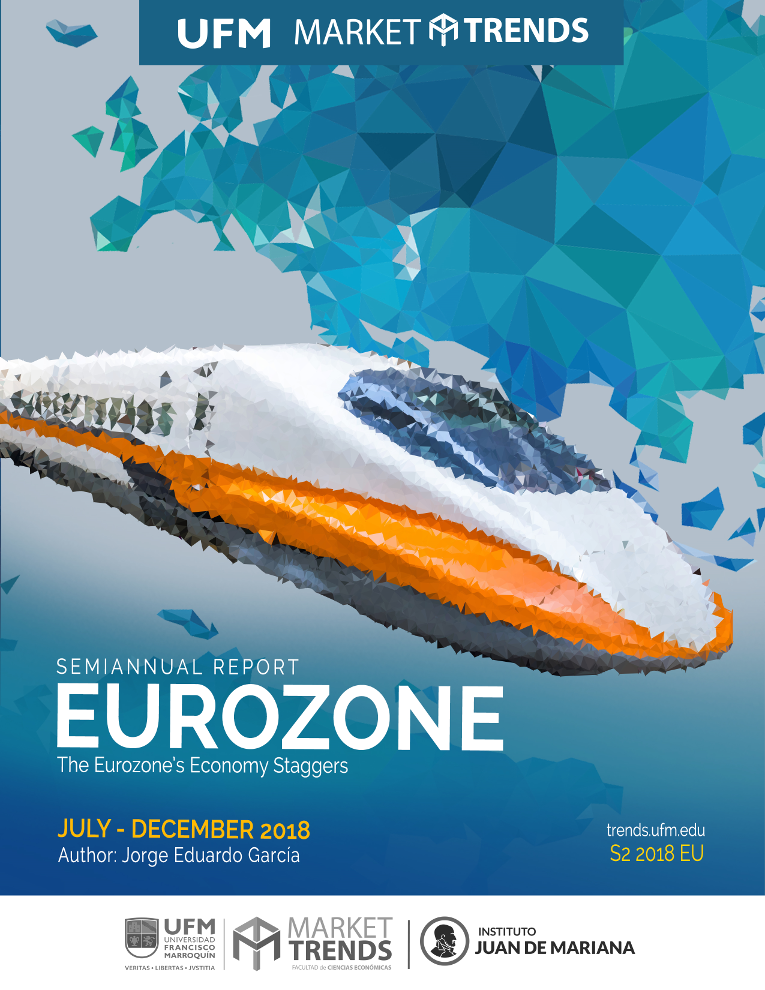