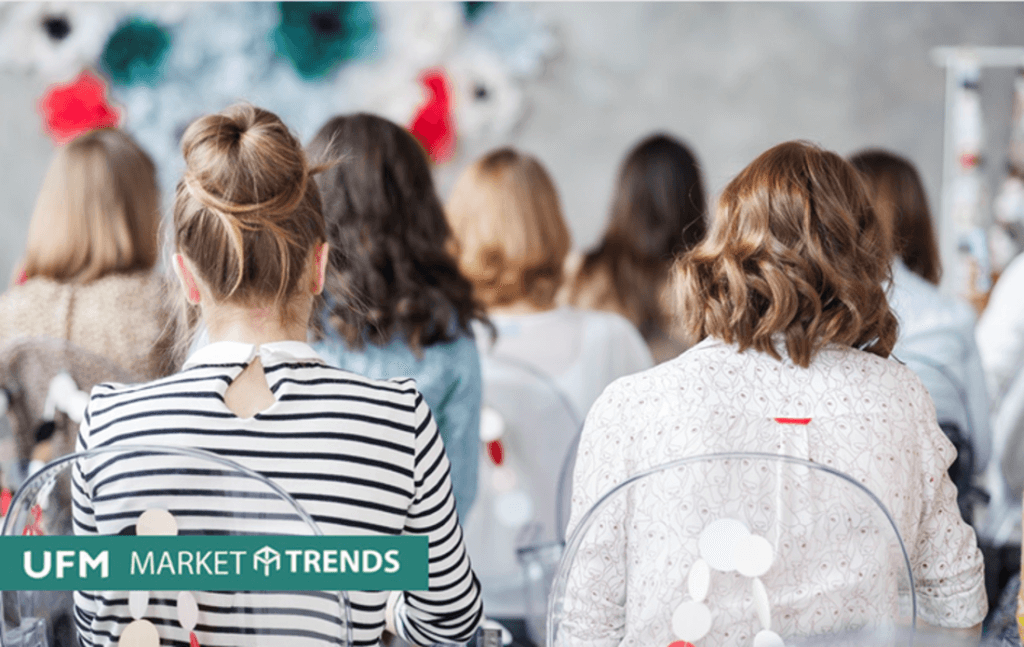 Many times, when a social problem is close to being solved or has a positive dynamic that signals that the end is near, it is usually when a great part of the population realizes the mere existence of the problem and organizes politically to end it. The great stories of poverty left by Charles Dickens (Oliver Twist) and Victor Hugo (Les Miserables) contrast with the substantial improvement of living standards of the population in the industrial age. As poverty was beginning to be reduced, the English Parliament started creating multiple commissions on poverty and laws to alleviate its effects. Something similar is happening nowadays with the third wave of feminism (the most hostile by far). Feminists are complaining about the problem of women inferiority in the same places where this problem has already been practically solved (Western Capitalist countries) and at a time when discrimination is minimum (today).

Furthermore, feminism is one of the new flags that those defeated with the fall of the Berlin Wall wave as their own. In many parts of the world, the feminist movement has been completely taken over by the old left. The proof of this is the increasingly clear application of Marxist sociology of class struggle to gender.

Third-wave feminism tries to link patriarchy with capitalism, and patriarchy with Western society. Let’s examine each one of these cases to see if there is any truth to these statements.

One of the relationships that the new feminism recurs to often is the association between capitalism and patriarchy. If this were true, we should expect capitalist countries to be the ones that oppress the female gender the most, either through discriminatory laws or restrictions of different kinds. To examine whether this is true, let’s look at how women’s situation differs depending on how capitalist a country is. 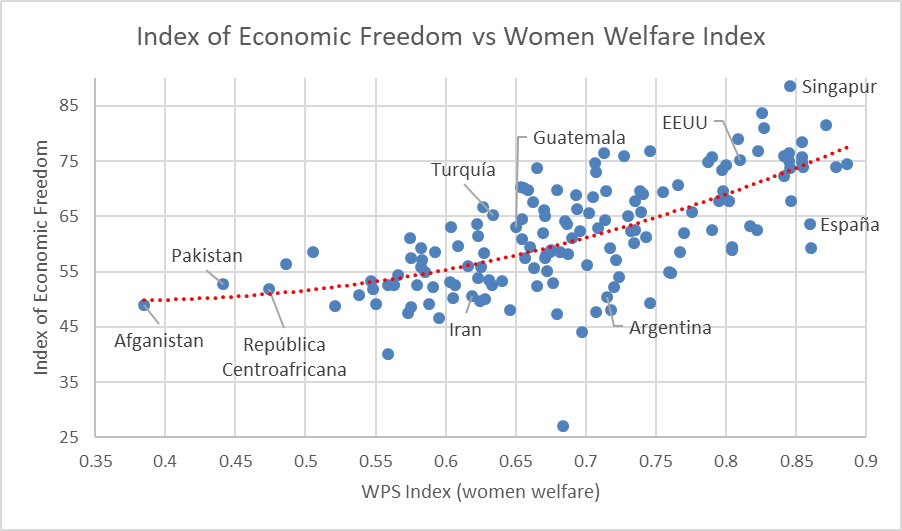 Source: Heritage Foundation. Georgetown Institute for Women, Peace and Security. The data presented is from 149 countries, each point is a country with its respective score in each index.

The higher the Index of Economic Freedom, the higher the Women’s Welfare Index. It seems that as capitalism advances, so do women’s rights.

If we organize the countries into quartiles according to the most capitalist (first quartile) to the least capitalist (last quartile), we also see how the average score of the Women’s Welfare Index increases substantially the more capitalist a country is. 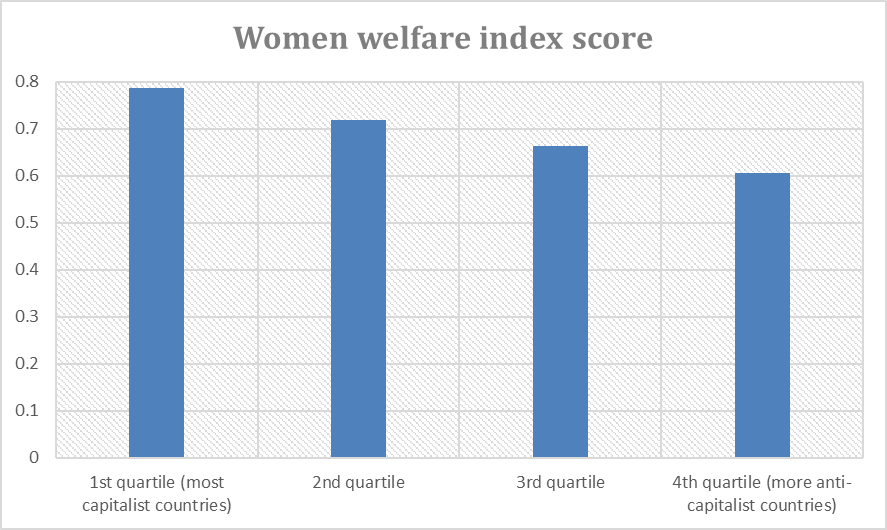 As the data shows, the truth is everything contrary to what feminists try to explain. As capitalism advances, so does a woman’s situation. The Georgetown index used includes the most factors of possible discrimination against women—inclusion, justice, and security sub-indices.

In sum, when countries are more capitalist, the situation of social inclusion for women improves, discriminatory laws disappear, and women’s safety increases. It seems that the relationship between capitalism and patriarchy that is claimed by feminist groups does not occur in reality.

Another of the great complaints of feminists is the alleged relationship between patriarchy and Western society. This is difficult to test, and there is also some controversy in trying to separate countries that have different civilizations. Language is an essential cultural vehicle. However, it is too narrow (we could easily say that Italians and Spaniards belong to the Western culture despite not having the same language). Another possible way to test this is by religion: we can say that Western culture is essentially of Judeo-Christian origin. But using religion as a criterion to determine if a country belongs to the West also comes with problems. For example, most of Africa is Christian, yet we could hardly place Africa as a Western civilization. In order to distinguish between Western civilizations and the rest, we will use the division that Huntington makes in his book The Clash of Civilizations and the Remaking of World Order (2011).

Huntington distinguishes 9 different civilizations. If we order countries by their type of civilization and calculate their average score in the women’s welfare index, we get the following graph: 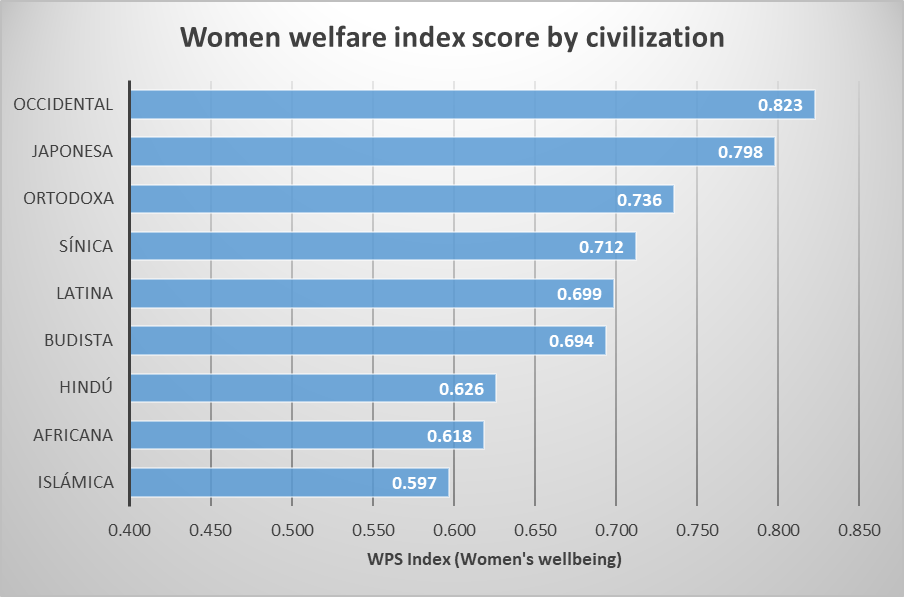 We can clearly see that Western civilization protects women’s rights the best. For a woman, being in a western country means a better situation in terms of social inclusion, not being subjected to discriminatory laws, and an increase in personal security. Western women enjoy the most rights in the world.

Therefore, it seems clear that Western countries are the best place in the world to be a woman.

The best solution to women’s discrimination is to adopt policies that are aimed at economic liberalization and to cultivate and protect Western values.