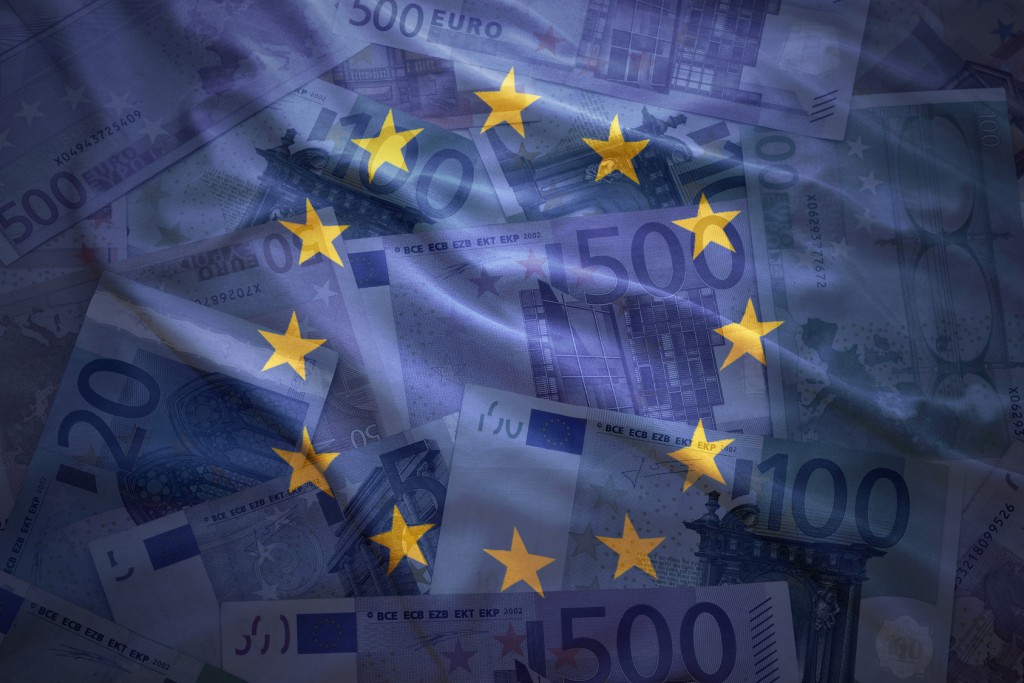 Recent events over the last few weeks, which have come about due to increased volatility in the Chinese stock market, have shaken financial markets across the world. Add to this, sluggish eurozone growth and fears of the possible failure of the ECB’s quantitative easing program, and it seems the ghosts of a great new crisis are hovering above the old continent.

As seen in the chart below, eurozone growth has been structurally lower than US growth over recent years. 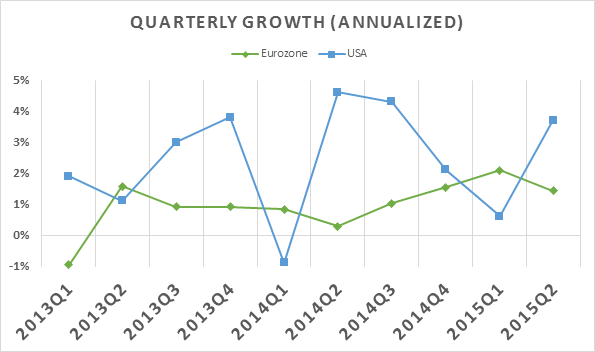 Data from Eurostat and the Bureau of Economic Analysis (BEA)

In this scenario, we wonder, what would happen in the eurozone if credit tightens?

First of all, it’s important to emphasize that the eurozone economy has been growing without the “help” of the financial sector. Since the 2007-2008 crisis, eurozone banking-sector assets have not grown, staying within 30 to 35 billion euros. 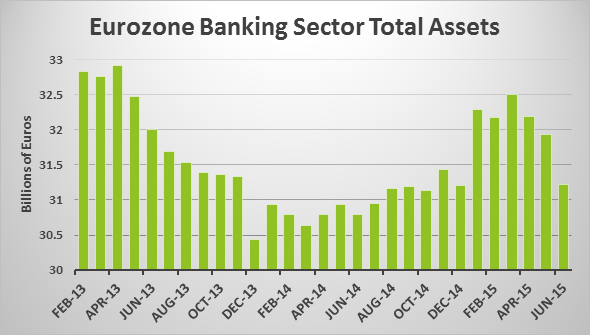 More specifically, we find that financial-sector assets were rising until the first quarter of 2015, but have fallen through the second quarter of the year. This is a symptom of the failure of the ECB’s quantitative easing program to stimulate credit.

On the other hand, business lending, on year-over-year terms, has not been positive since June 2012. Actual economic growth, while still incipient, is occurring despite credit tightening in the productive sector. 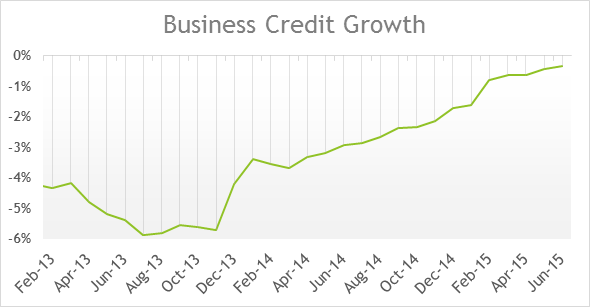 In addition, the Producer Price Index (PPI) is clearly in deflationary values, with negative year-over-year growth above 2%. In other words, eurozone businesses are growing even though the prices of their products are falling. 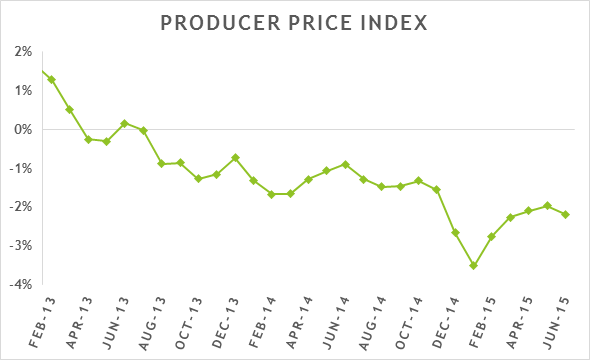 The eurozone’s productive sector is capable of generating growth despite not having new credit and falling sales prices.

Serious credit tightening would make any economy suffer, however those that grow exclusively in the heat of a credit bubble will be much more sensitive to credit tightening. Currently, that is not the case for the eurozone, which is in a solid position to face external shocks. However, for every situation of stress there are tolerance limits. What level of credit tightening could the eurozone bear?

A more detailed explanation of this case and others can be found in the UFM Market Trends 2015 second quarter report.