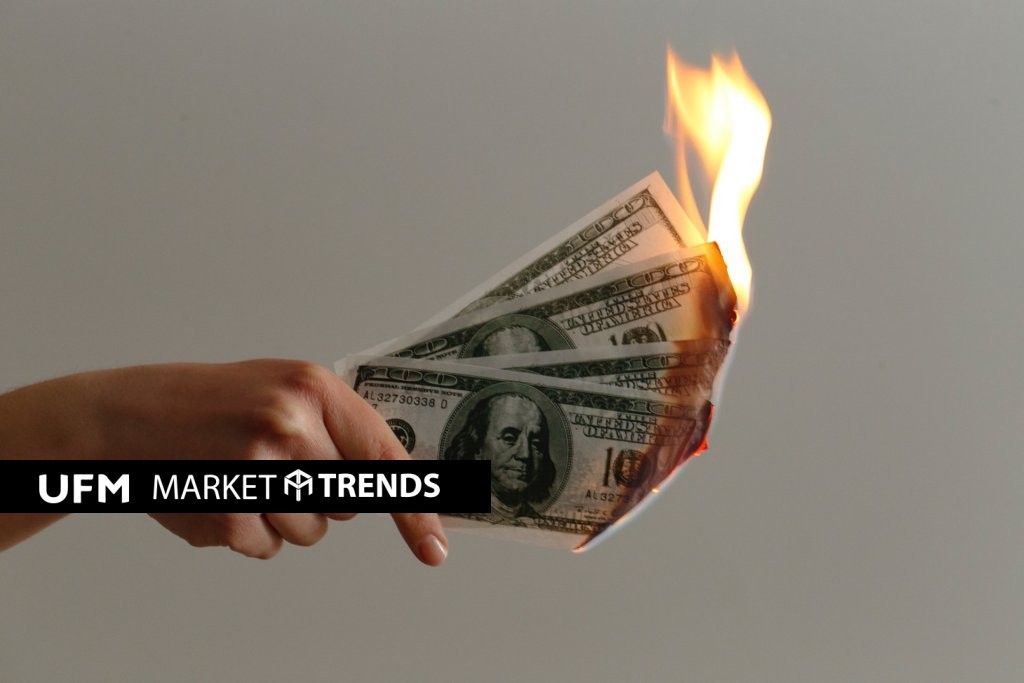 A new theory of inflation has emerged: greedflation. It suggests inflation is based on corporate greed, and it is a favorite of Democratic politicians.

Inflation is out of control. The US recorded an increase in the Consumer Price Index of 9.1 percent in June 2022,[1] and inflation has been above 8 percent since March 2022.[2] We need an explanation of why inflation has appeared, and we need it fast.

This article will analyze the greed-inflation hypothesis, compare it with an alternative theory, and determine which has better explanatory power.

Companies Have Not Increased Their Profits

Greedflation claims that companies have been posting high profit margins lately. The US president, Joe Biden, accused ExxonMobil and other oil companies of profiting from high gasoline prices to make “more money than God last year (2021).”[3] This explanation supposes that inflation is abnormally high because businesspeople are taking advantage of the worldwide turmoil caused by the pandemic and the Ukraine–Russia war. The greed that motivates entrepreneurs to increase their profits pushes them to increase prices in times of economic weakness, taking advantage of the population.[4]

Figure 1 shows how corporate profits have grown over the last ten years.

While it is true that profits increased in 2020 after the pandemic-induced recession, this measure isn’t informative. Figure 1 reflects nominal changes in profits, changes driven by the inflation of the last two years (cause and effect are confused in the greed explanation). To get a clearer picture of how real profits have trended, we need to adjust nominal profits by the quantity of goods in the economy (using GDP as a proxy).

Corporate profits in 2021 posted the same level as in 2012, when the inflation rate was low (close to 2 percent). The greed hypothesis breaks down in this case. It cannot explain why corporate profits were high in a low-inflation environment.

Again, the greed hypothesis does not hold true: in 2012, Exxon earned much higher profits than it did last year. The company that supposedly benefited the most from inflation was actually more profitable when inflation remained stable.

This implies that the greed hypothesis does not explain inflation well. It is nothing more than a desperate attempt to blame inflation on anyone other than the government. Unfortunately for the narrative, the government is indeed behind the inflation we are currently suffering.

Inflation has one cause: more money chasing the same amount of goods. Since the beginning of the pandemic, the US government has done two things: increase government spending to unsustainable levels and increase the amount of money in the hands of the public.

Figure 4 shows how the public deficit in the United States has increased.

A significant increase can be observed in the US public deficit in 2020. How did the federal government finance this spending? The answer can be found in figure 5.

Figure 5 shows the quantity of money in circulation as measured by M3, a broad monetary aggregate that includes practically all means of payment in an economy. The increase in the public deficit and in the quantity of money occurred at the same time. Between the first and second quarters of 2020, the public deficit grew 14 percent while M3 increased by 15 percent. This does not imply a causal relationship between the two; rather, it indicates that they moved in tandem.

But the way the government obtained the money indicates a possible causal relationship. The Fed has been forced since 2020 to use quantitative easing (QE) to finance the deficit. QE consists in buying financial instruments from the private sector, usually US Treasuries.

Figure 6 shows the amount of government debt on the Fed’s balance sheet, while figure 7 shows the value of US Treasuries held by the Fed.

Figure 6 shows that most of the public debt was absorbed by the Fed. The gross increase is $1 trillion between March and June 2020. Meanwhile, figure 7 shows that, on the Fed’s balance sheet, US Treasury bonds increased by approximately $0.85 trillion in the same period. The evidence indicates that the Fed used QE to provide money to the government, thereby financing the fiscal deficit and federal government spending.

Which Explanation Is Correct?

No theory is complete if we do not take into account the amount of money in circulation.

Inflation is at its highest level in forty years in the United States. The main culprit is the US government’s policies. Despite this, many people are trying hard to divert attention to businesses by advocating conspiracy theories. Joe Biden has argued that greedflation is not only real but reason enough to tax oil companies’ excess profits.[5]

It is time to abandon theories that justify increasing the size of government; we must understand the true causes of inflation. Some events inevitably generate inflation, so it is important not to make it worse with desperate and irresponsible measures.